Sep 11, 2019 1:46 PM PHT
Ralf Rivas
Facebook Twitter Copy URL
Copied
'I don't feel I am the one being alluded to....I am facing all this risk because I want to protect the interest of the Filipino people,' says PEZA Director General Charito Plaza 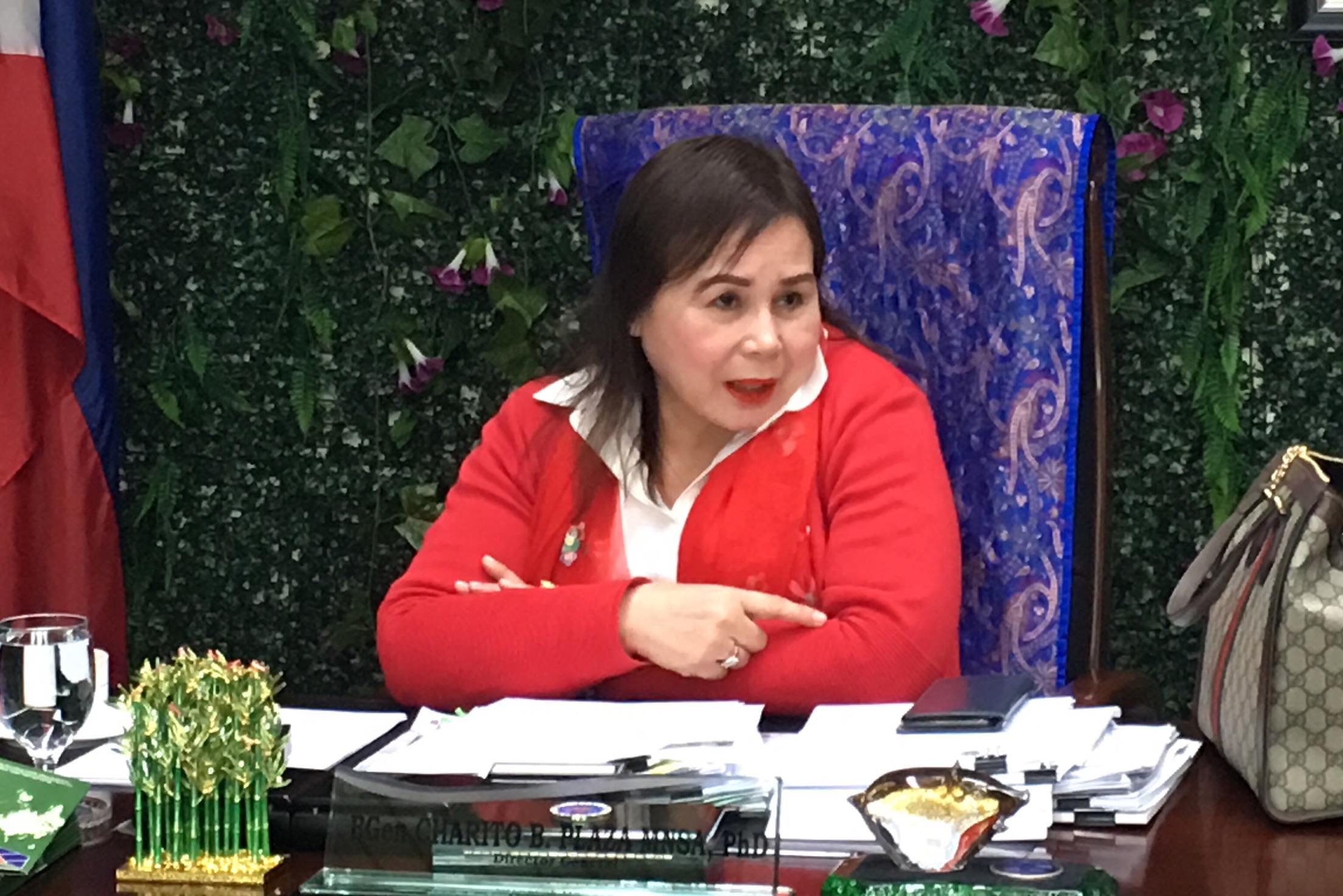 President Rodrigo Duterte is firing an official from his economic team, and who could it be?

“I don’t feel I am the one being alluded to. I am just doing my job,” Plaza said in a briefing on Wednesday, September 11.

Duterte had said he would fire a female official handling an “economic office” due to lackluster performance and for not being in line with the government’s agenda.

PEZA wants to be excluded from Citira. (READ: PEZA urges Congress not to ‘tinker’ with tax perks for investors)

Plaza, as well as business groups, said that the measure is scaring away investors as it would take away incentives. Some locators are allegedly preparing an exit plan.

It was the first time that PEZA held a press briefing with industry leaders opposing Citira. When asked whether Duterte’s recent remarks prompted the press conference, Plaza denied this, saying it was just a regular briefing.

But she admitted there are risks as she clashes with the economic team on the tax agenda.

“I am facing all this risk because I want to protect the interest of the Filipino people,” Plaza said.

She added that PEZA has tried to meet with Duterte, but powerful people are allegedly blocking the move.

“I have been requesting for an audience with President Duterte, but I have not been granted one. We were not given the chance to discuss tax reform, including Citira,” Plaza said.

The Department of Finance said the measure is revenue neutral – which means it will neither increase nor decrease the government’s revenue – but PEZA disagrees with the assessment. – Rappler.com