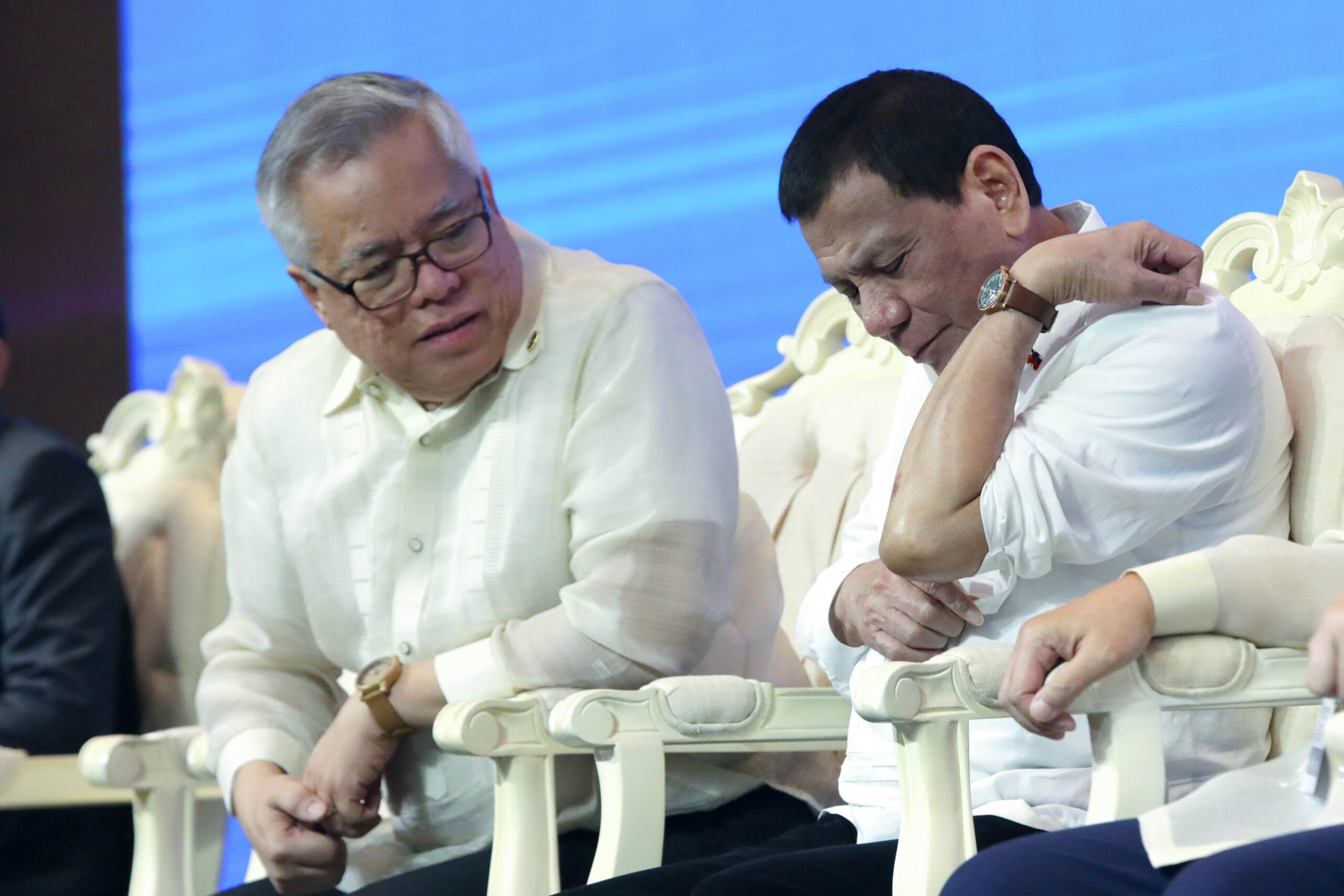 Facebook Twitter Copy URL
Copied
President Rodrigo Duterte, in full view of media cameras, rolls down his sleeves to show a wound on his arm during a business conference

During his first public appearance since figuring in a motorcycle accident, President Rodrigo Duterte showed attendees of a business conference a wound on his arm.

In full view of media cameras, the President bared a wound on his arm during the 45th Philippine Business Conference and Expo at the Manila Hotel on Thursday night, October 17.

Duterte rolled up his barong sleeves to show Trade Secretary Ramon Lopez, seated beside him onstage, a red gash on his left arm, near his elbow.

“Yes, galing sa (from the) accident,” Lopez told Rappler in a message.

“He (President Duterte) didn’t discuss details of how he fell,” he added. During the photo opportunity portion of the program, he again showed the same wound, this time to businessmen standing behind him as they all posed for a group shot.

Duterte had fallen off a motorcycle the night before after taking it for a ride inside the Presidential Security Group compound on Malacañang grounds.

Presidential Spokesman Salvador Panelo assured the public that Duterte suffered no major injury and only got “light bruises and slight scratches” on his elbow and knee. Senator Bong Go, Duterte’s trusted aide, said the fall made the President’s hip “a little sore.”

On Thursday night, Duterte again got on a motorcycle – this time Go’s scooter – but only tested it and did not take it for a ride, said the senator. – Rappler.com