Oct 21, 2019 10:30 AM PHT
JC Gotinga
Facebook Twitter Copy URL
Copied
The Pasig mayor knows the old power is out to retake the city from him, but he is not about to resort to dirty tricks just to stay in office 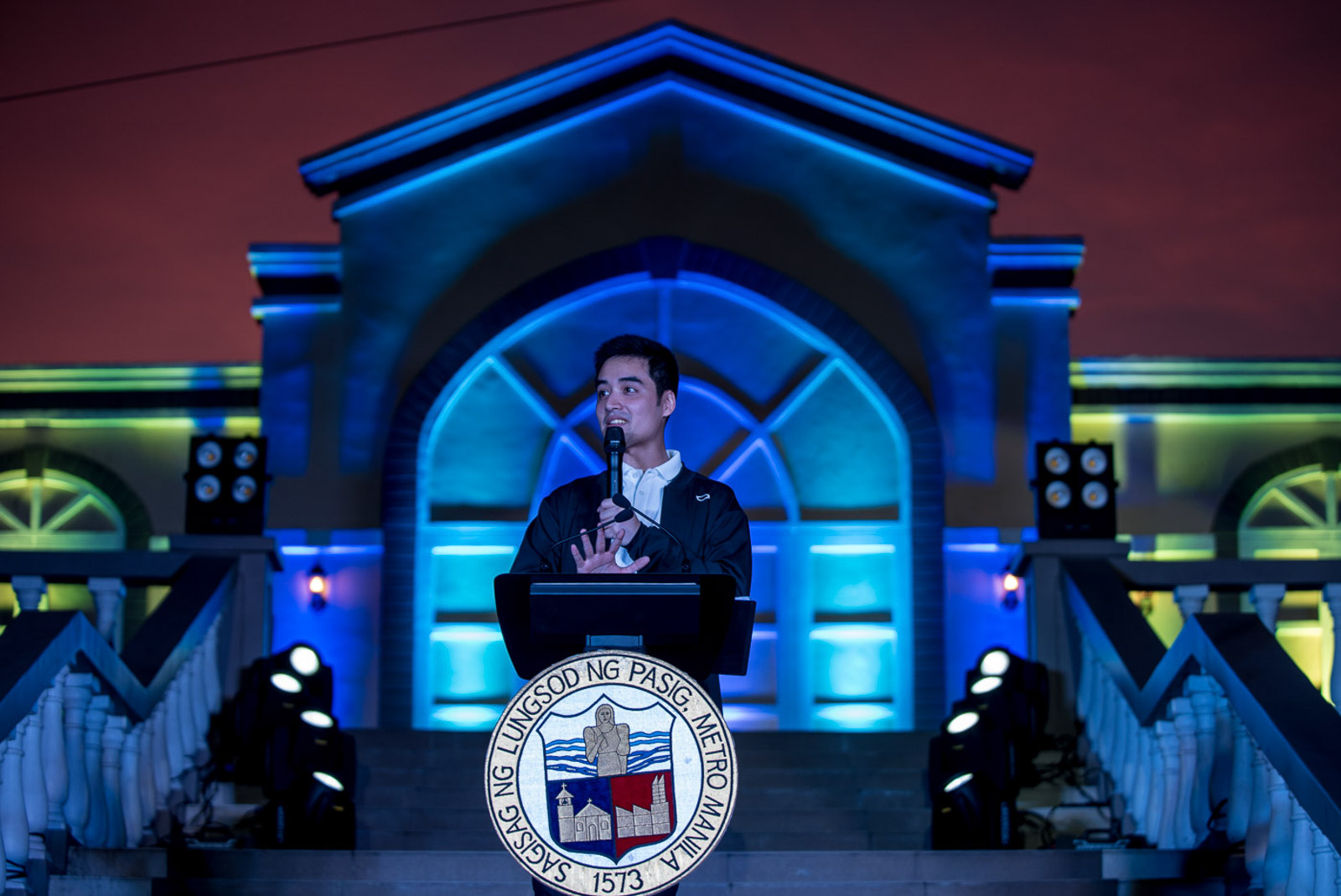 Even with Vico Sotto as their new mayor, the people of Pasig have not heard the last of Bobby Eusebio, the former mayor whose family ruled the city for 27 years. The man is up and about and preparing for a comeback, Sotto’s supporters have warned him, but the young chief executive just wouldn’t lift a finger against his political opponent.

“That’s his right,” Sotto would say whenever he is asked about Eusebio still attending every other kasal, binyag, libing (wedding, christening, funeral) and fiesta in the city, as though he were still mayor.

It’s classic trapo (“traditional politician” or literally “dirt rag”) politics, and Sotto’s supporters from the civic group Tambuli ng Pasig (Clarion of Pasig) wish he was more perturbed by this, they told Rappler. The opponent would spare no trick from the trapo playbook to discredit the new mayor who, meanwhile, sticks to his ideals and would not fight back, at least not with any dirty trick.

His administration’s work will speak for itself, Sotto told Rappler in response. Confident that his administration will deliver what it promised, he wouldn’t waste time and resources on a “witch hunt” or “black ops” against Eusebio and his allies. (WATCH: Rappler Talk: 100 days on, Vico Sotto vows never to become ‘trapo’)

Sotto said he trusts that the people of Pasig know what’s good for them, and he wouldn’t have to worry about them switching back to Eusebio because they are bound to see the impact of his reforms in the coming months.

For one thing, they will certainly see a change this Christmas.

The old wiles of Pasig’s patronage politics had a way of seeping into even the seemingly most innocent of things. For instance: the city government’s Christmas presents. Pasig’s needier residents count on the yearly Pamaskong Handog to add some festivity to their meager holiday dinners. Naturally, the city’s politicos have been using it to earn the people’s loyalty.

(In the past, it was really a power contest. If it’s a politician’s ‘love organization,’ all members got one. If it’s an association they didn’t like, they’d maybe give to half the members. If it’s an opponent’s, they weren’t given any.)

Pasig’s senior citizens were each entitled to a Pamaskong Handog but it didn’t mean they automatically received one either. Last December, many of them waited an entire afternoon at their barangay centers to receive their gift package, along with P3,000 in cash, because the distribution could not start until after a ceremony led by Eusebio, who had Pasig’s 30 barangays to grace with his presence.

Sotto did not want the lolos and lolas waiting in line anymore, so he ordered the city’s senior citizens’ affairs office to update their roster by going down to the barangays and personally enlisting every senior citizen.

That means this Christmas, every household in Pasig will receive a Pamaskong Handog delivered straight to their doorstep, Sotto said. No more long queues at the barangay center, no more waiting all afternoon for the mayor to deliver a speech.

Despite his supporters urging him to use the things at his disposal to gain the people’s loyalty, Sotto refuses to become the very thing he is trying to fight.

(If I, as a new mayor pushing for reforms, will resort to the traditional things that we were so angry about, then why did I have to run in the first place? So if I’m going to do all those things that they’re asking of me, I might end up being just another traditional politician. I might fail to push for the changes we wanted to make.)

And so he has decided to be faithful even with the little things, like the Pamaskong Handog.

“Hindi namin titingnan kung sino kakampi, kaibigan ko ba ‘yan o kalaban (We don’t look at whether they’re allies, whether they’re friend or foe),” said Sotto. With him in charge, everyone gets a Christmas present from the city government.

(Even [former] Mayor Bobby Eusebio, I’ll give him a Christmas Gift if he wants one.) – Rappler.com