Oct 20, 2019 5:28 PM PHT
Chay F. Hofileña
Facebook Twitter Copy URL
Copied
Who does the President really want? Insiders whisper his preferred candidate is not among the 3 candidates, but someone more junior. 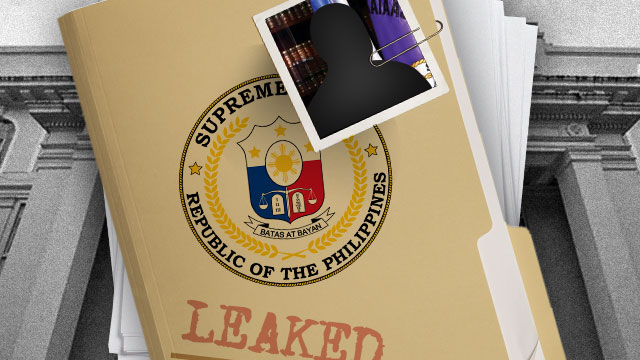 Was it a leak or an attempt to preempt the President?

For the past few weeks, there had been wild speculations about who the next chief justice would be after the retirement of Lucas Bersamin from the High Court on Friday, October 18. In the past, when it came to appointments, seniority was the unspoken rule, but this had been broken so many times before.

Among the 3 who were short-listed for the top post of the Supreme Court (SC) – Diosdado Peralta, Estela Perlas Bernabe, and Andres Reyes Jr – it is Peralta, also a former Sandiganbayan presiding justice, who is the most senior. He is set to retire in March 2022, Bernabe in May 2022, and Reyes in May 2020. The appointing power, President Rodrigo Duterte, ends his term in June 2022.

The Manila Times published a story 3 days ago with the headline, “Peralta wins race for chief justice – sources.” It said that Peralta “appears to have won the race” and that Duterte was “set to appoint” him as successor to Bersamin. Notice how iffy the story sounded.

On Friday, however, our reporter Pia Ranada was told, “Still nothing.” Executive Secretary Salvador Medialdea and Justice Secretary Menardo Guevarra told her so. Saturday, October 19, passed with no announcement from the Palace. As of late-Sunday afternoon, still nothing.

The Times seems to have taken down its story on Peralta as indicated by this message when the story is Googled. It instead links to a beta page of the Times: 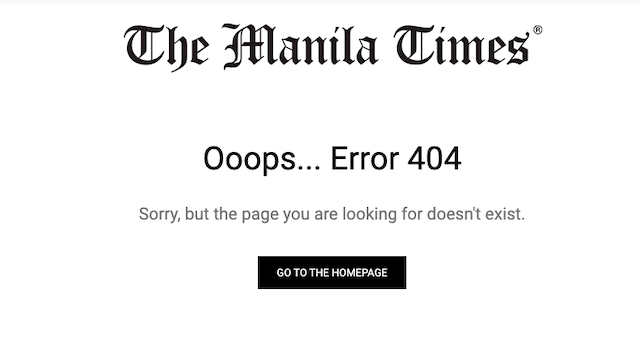 The newspaper was not the only one that appeared to be the eager beaver. Someone, too, tinkered with Wikipedia, whose entry on Peralta was edited to this: 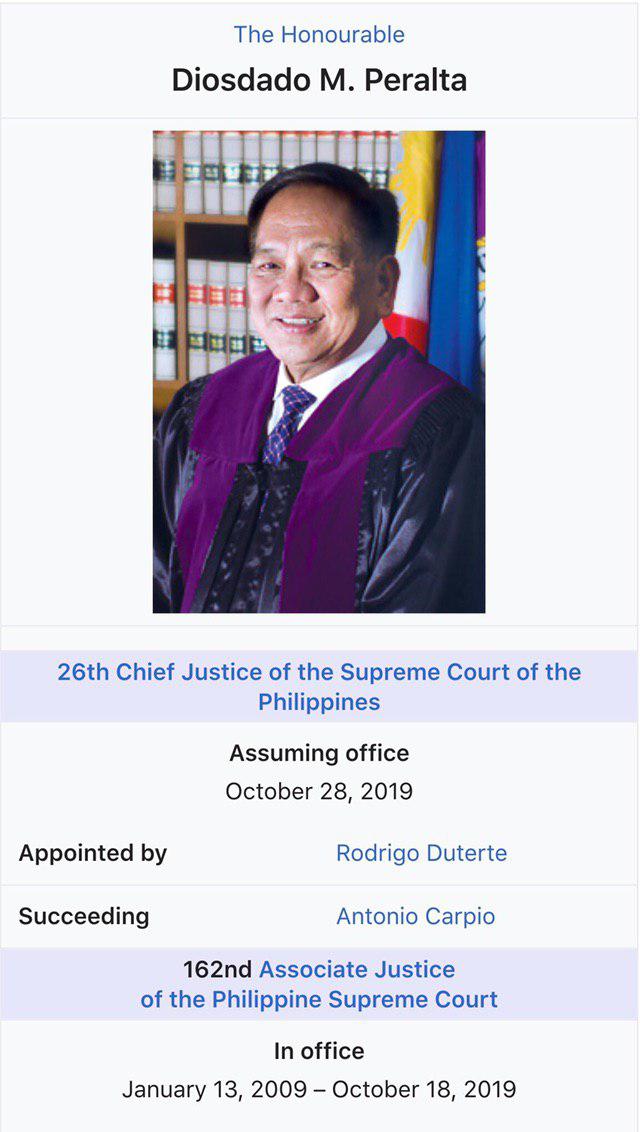 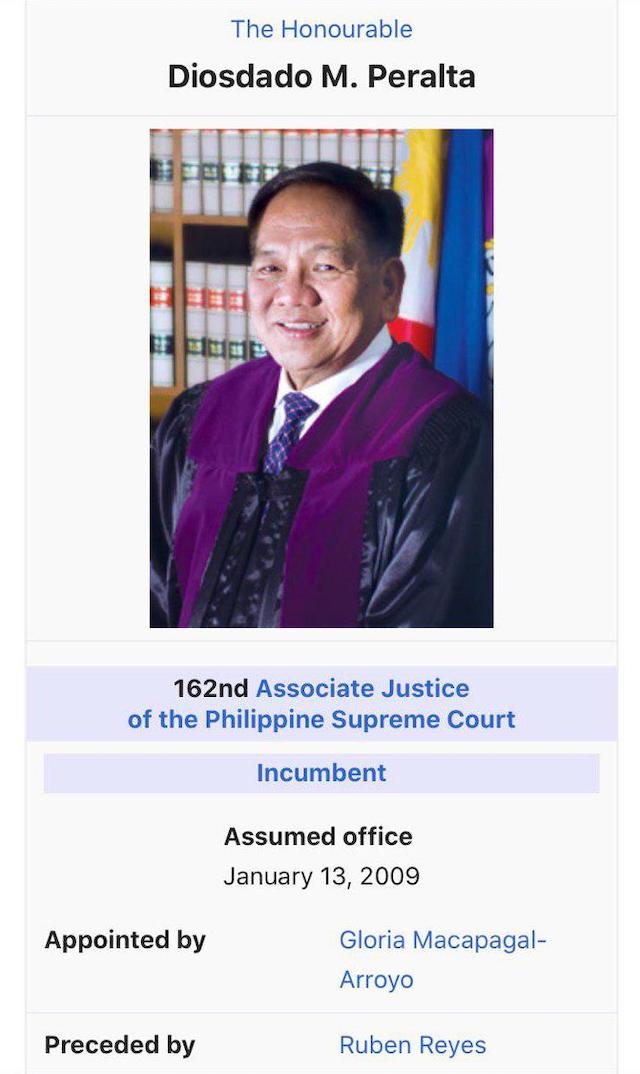 Even former SC associate justice Adolf Azcuna excitedly posted on social media last Thursday, October 17, that Presidential Spokesman Salvador Panelo called up Peralta to tell him the good news. “Panelo called him (Peralta) up while he was lecturing in Philja Tagaytay to tell him that his appointment had just been signed. It will be released tomorrow since Bersamin is still CJ until midnight.” Philja is short for the Philippine Judicial Academy, of which Azcuna is chancellor.

Of course, he got it wrong. And the post has since been taken down. Call that kuryente in journalistic parlance.

Who does the President want? If Peralta is appointed, he would tie the hands of Duterte on the chief justice appointment all the way to 2022 since his term will end only 3 months before Duterte’s. But what if Peralta offers to step down after a year, opting for an early retirement, just so he gets appointed? Hmm, that’s always a possibility that’s certainly worth watching.

Bernabe is in a worse spot if Duterte wants more flexibility in appointing a chief justice because her term ends in May 2022 yet. This means he would be stuck with her till close to the end of his term. This is why speculation is rife that Associate Justice Andy Reyes would have a strong chance since he retires in about 7 months, or in May next year. But he is also the most junior among the 3 short-listed nominees.

Who does the President really want? Insiders whispered his preferred candidate is actually not among the 3 candidates, but someone more junior. Unfortunately or fortunately, the justice is not in a hurry to become CJ.

When he faced the Judicial and Bar Council (JBC) last October 2, an emotional Peralta declared, “I deserve to be chief justice.” Tearful too, he told the JBC in a breaking voice: “I’m not a topnotcher, I’m not an honor student, because that’s what they say – hindi naman daw ako topnotcher, hindi naman ako honor...but I think I was able to compensate with the work that I had done…. I think they are more than enough to compensate with what they say that I do not deserve [to be chief justice].”

Short of appealing to the JBC members, Peralta, who has been bypassed twice before, asked that his hard work all these years be considered so that “there is hope for an individual like me.” He apologized for being emotional, saying, “That’s me, Your Honor, hindi ako (I’m not) arrogant. That’s me.”

But will the President listen to his plea? – Rappler.com