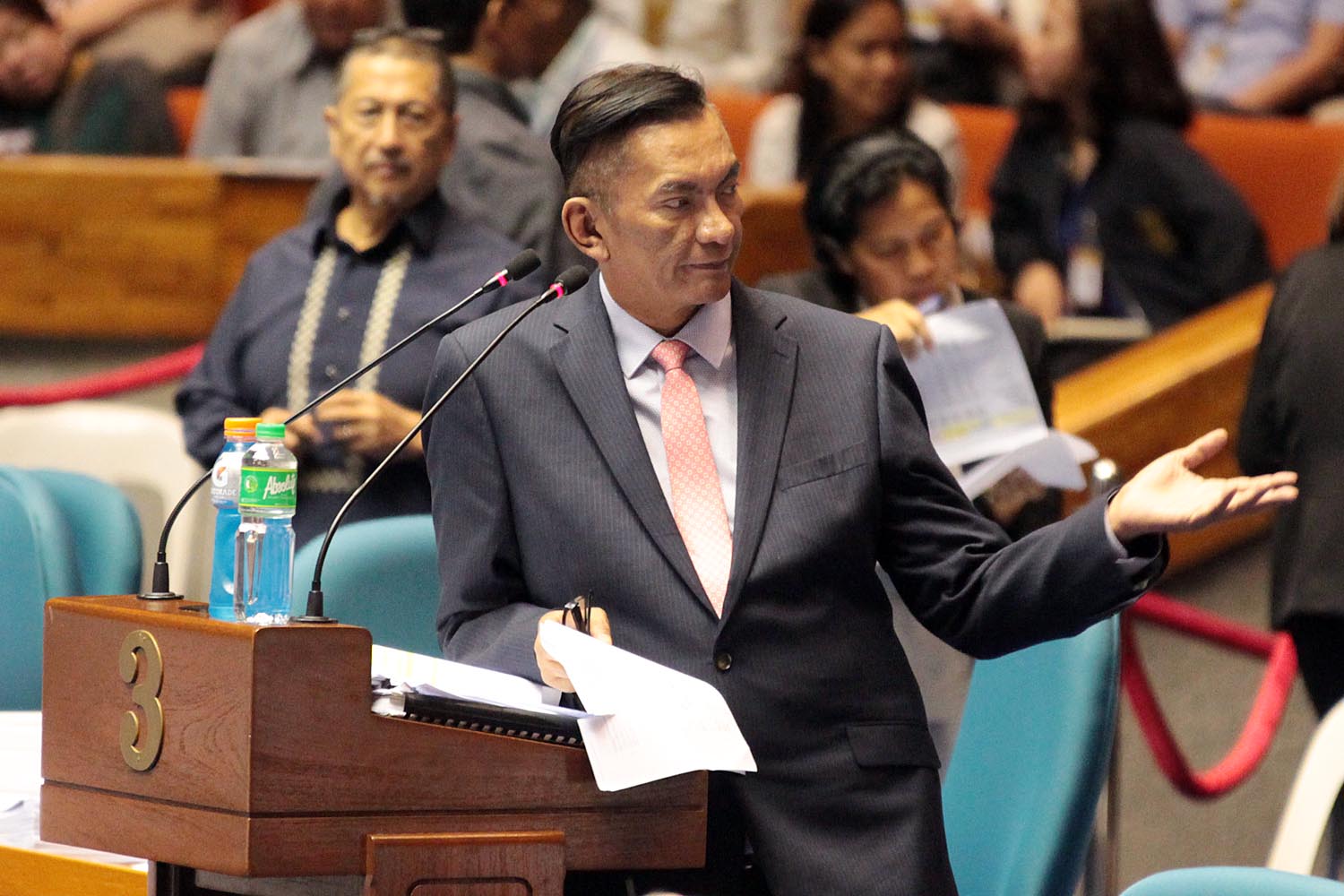 Albay 2nd District Representative Joey Salceda dug his own grave after he called the Duterte administration an “authoritarian regime” for spending millions on a gigantic cauldron for the 2019 Southeast Asian Games (SEA Games) torch-lighting ceremony.

Speaking to ANC Headstart on Tuesday, November 19, Salceda said the P50-million cauldron is “reasonable” yet “Imeldific,” a reference to graft convict and ex-first lady Imelda Marcos, the wife of the late dictator Ferdinand Marcos.

(On the P55 million, if you look at the cauldron…it looks reasonable. But it is also Imeldific, with a sense of grandiosity to it. Well, authoritarian regimes are always, you know, because you need to symbolize…)

Headstart host Karen Davila then pressed Salceda if what he meant to say was that President Rodrigo Duterte is ruling under an authoritarian regime. (READ: 2018: Democracy in decline)

“No. In consequence, yes, but not in character. How do you say that? In effect, yes. Katulad naming mga congressman, boto lang kami nang boto dahil sa takot namin [sa Pangulo] (It’s like with us congressmen, we vote as the President wishes out of fear of him),” said the economist-turned-congressman.

Though meant to act as checks and balance to the executive branch, the House of Representatives tends to vote in favor of the sitting President’s legislative agenda.

The administration-allied lawmaker then tried to salvage himself by changing authoritarian to “authoritative.”

Duterte has long been criticized for his populist-authoritarian rule, as he continues to wage his bloody war on drugs, oppress the media for being critical of his administration, and weaken democratic institutions in the country.

The Bases Conversion and Development Authority (BCDA) is currently under scrutiny after Senate Minority Leader questioned why it spent P50 million alone just for the construction of the cauldron for the 2019 SEA Games. (READ: ‘Kaldero ng Diyos’: Netizens shocked by P50-million SEA Games cauldron)

The BCDA handles the funds for the construction of the SEA Games facilities in New Clark City in Pampanga.

Drilon already said he would file a resolution after the SEA Games to ask for a Senate probe into the “extravagant” expenses. – Rappler.com