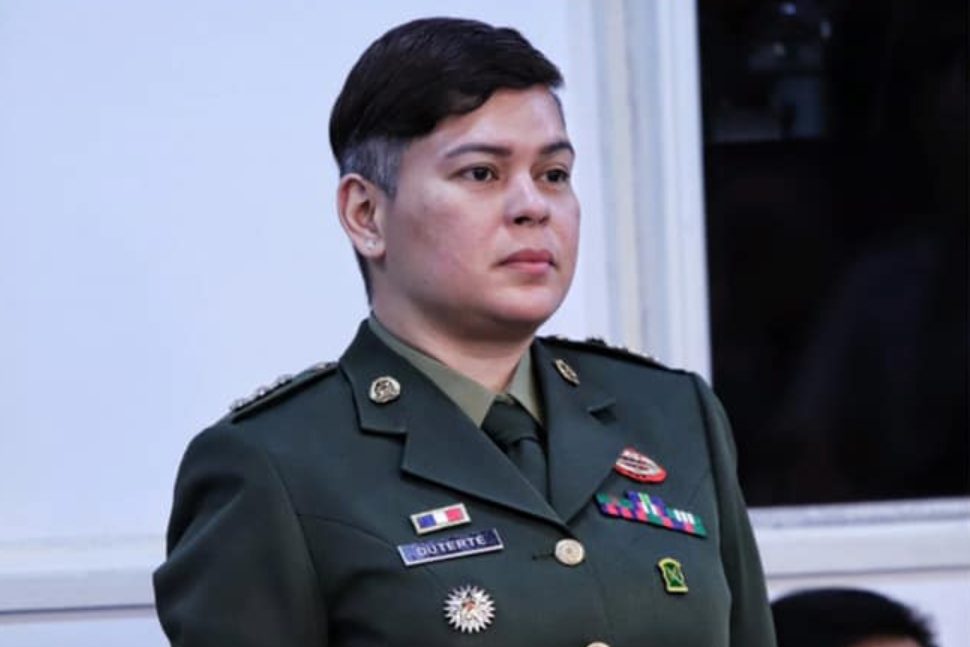 Donning an army service uniform, Sara Duterte faced lawmakers on Wednesday, March 11, not as Davao City Mayor, but as an army reservist whose promotion to the rank of colonel has to be confirmed by the powerful Commission on Appointments.

Facing the CA committee on national defense, Sara was told by Senator Imee Marcos she was curious why President Rodrigo Duterte would repeatedly say he’s “afraid” of her.

“I think it is in his mind because I have always supported him,” said Sara, cutting herself short. “Well, I did not support his run for presidency,” she added.

Sara then explained that she supported her father’s bid for the presidency in 2016 “belatedly.”

“I only supported whatever is his decision, may it be personal, and well, in his career decisions, and his politics. Admittedy, I did not support his intentions to run for president, but belatedly, I did,” she admitted.

Sara recounted telling her father that her contribution to his presidency is making sure that “Davao City continues to become a progressive city in Mindanao.”

In closing, Sara, who looked chic with her new boy cut, said, “I just feel like a beauty queen, not a soldier.”

Last year, the President said that it’s Sara who “calls the shots.”

Later that afternoon, the CA plenary confirmed her appointment, along with Davao City 3rd district Representative Isidro Ungab, who was ousted from his post as chairperson of the powerful House committee on appropriations. (READ: Is there a House coup or is Cayetano just out to scrap term-sharing with Velasco?)

Sara has since defended Ungab, saying that his removal, reportedly led by no less than House Speaker Alan Peter Cayetano, is an “insult” to the President. – Rappler.com