May 1, 2020 8:52 PM PHT
Agence France-Presse
Facebook Twitter Copy URL
Copied
(UPDATED) 'They aren't true. This never happened,' Joe Biden says in a statement regarding the accusations made by Tara Reade, a former staffer in his US Senate office 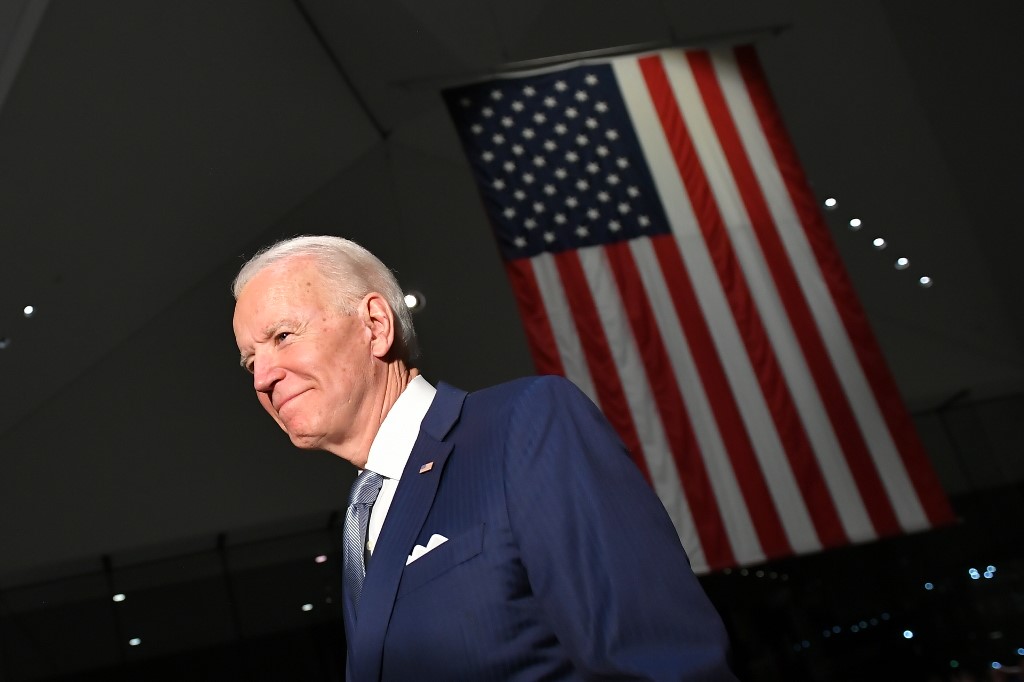 “They aren’t true. This never happened,” Biden said in a statement regarding the accusations made by Tara Reade, a former staffer in his US Senate office.

Biden, the presumptive Democratic presidential nominee, broke a month of silence on the accusations with his statement.

The 77-year-old said Reade’s then-supervisor and former senior staffers in his office “have said, unequivocally, that she never came to them and complained or raised issues.”

Reade said on a podcast in March that then-senator Biden sexually assaulted her in a Capitol Hill corridor in 1993, when she was 29.

He pinned her against a wall when she brought him a gym bag, put his hands “down my skirt” and violated her, said Reade, now 56.

She has since recounted her story to other media outlets, and filed an incident report with the Washington police in early April in which she did not name Biden.

Other women have accused the former vice president of touching them inappropriately in the past, and Reade’s initial claims were similar — and less severe than her most recent allegations.

Biden went on a morning news show to publicly address the claims.

“It is not true. I’m saying unequivocally it never happened, and it didn’t,” Biden told MSNBC.

But he stressed that “I have a right to say, look at the facts. Check it out.”

Reade has not produced a copy of the complaint that she allegedly filed in 1993.

Biden, calling for transparency, said he has asked officials to search the National Archives, where he says any such document would now reside.

“There’s nothing for me to hide,” he said.

Biden, however, resisted the idea of calling for a search among his Senate papers, which were donated to the University of Delaware, which is his home state.

Those documents “do not contain personnel files,” he said.

Biden, who has pledged to pick a woman to be his vice president, stressed that he has worked his entire political career to improve conditions for women, including authoring the Violence Against Women Act.

He was also asked by MSNBC about comments he made during the 2018 controversial Supreme Court confirmation process for Brett Kavanaugh, who had been accused of sexual assault.

Biden said at the time that when a woman comes forward with such accusations, “you’ve got to start off with the presumption that at least the essence of what she’s talking about is real.”

Asked what made things different now, Biden stressed: “Women are to be believed, given the benefit of the doubt, if they come forward and say something happened to them.”

“Then you have to look at the circumstances and the facts,” he added.

“The truth matters,” he said. “These claims are not true.”

President Donald Trump, who faces Biden in the November election, faced more than a dozen accusations of sexual harassment and assault before he became president. – Rappler.com