Jul 10, 2020 10:26 AM PHT
Pia Ranada
Facebook Twitter Copy URL
Copied
Transportify is yet to verify if the driver was one of theirs. Facebook users react strongly to the company's initial statement, demanding action and accountability. 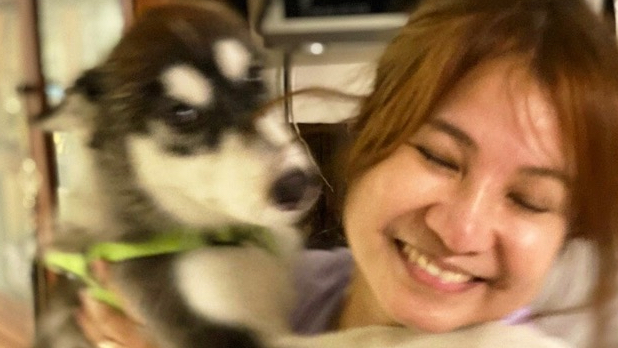 Presidential Spokesman Harry Roque’s wife, Mylah Roque, demanded accountability from logistics and freight services app Transportify following the death of their puppy after getting hit, allegedly, by one of their drivers.

Mrs Roque posted about the incident on Facebook, leading other pet lovers to echo her demands.

The collision happened on Thursday afternoon, July 9. The Roques’ puppy, 5-month-old Trebs, was hit by the driver who was supposedly driving fast down a sloping road.

“The impact was so strong that my puppy’s skull was shattered and there was blood all over. He died on the spot,” said Mrs Roque.

She said she and her household helper rushed out to the pup.

“His head was lolling. I had blood all over. I am not a loud person but on this afternoon I knew my cries could be heard all over the neighborhood,” she said.

To make matters worse, the driver allegedly walked out of his vehicle and began recording the scene using his cellular phone.

Roque said she didn’t know at the time that she was being recorded, distraught as she was with her dog. It was their subdivision guard who supposedly told the driver to stop what he was doing.

Roque confronted the driver and claimed he told her, “Oo, ako ang driver. Wala akong kasalanan, ang bagal-bagal kong magmaneho.” (Yes, I am the driver. I did nothing wrong, I was driving so slow.)

“During this pandemic, demand for your services would be especially high. Which is why there should be minimum standards of engagement and courtesy observed by your drivers,” she said.

She demanded to know why the driver was driving so fast in a residential area and what he planned to do with his video of her and her dog.

“This evening we were made aware, through an open letter from Ms Mylah Roque posted on Facebook, of an accident involving an alleged driver partner of Transportify and Ms Roque’s dog,” they said.

“We deeply regret what has transpired and commit to conduct a thorough investigation. Sanctions will be applied accordingly for any reckless or improper behavior that is discovered,” the company added.

Many netizens weren’t satisfied with the statement. They demanded that the driver apologize and be made to pay some form of compensation.

“The trauma and grief na naidulot ng partner driver (that the driver caused) is severe. He even took a video of the crying furmom for what? That dog is not just a dog – that dog was a family member. Please take this thing seriously,” said Gerralene Calicdan.

Many Facebook users said they would stop using Transportify.

“HE NEEDS TO APOLOGIZE to them and this is all? I will not recommend this app to anyone,” wrote Gray Galera.

Transportify said they were “reaching out” to Mrs Roque.

“Never thought the entire family would be this distraught from grief. [He] was the sweetest dog that would hug me as soon as I step into the house!” he said.

Rappler also asked Transportify on Friday for the results of their probe into the incident.

“We are not able to confirm anything for now,” said the company. – Rappler.com