Spare us the graphic Napoles details 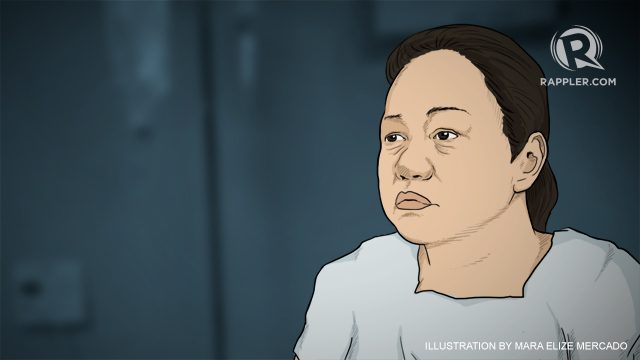 Facebook Twitter Copy URL
Copied
Why is the Makati Hospital doctor of Janet Napoles providing private, intimate information about his patient? And why did the Senate blue ribbon committee postpone its hearing on the Malampaya Fund scam?

Alleged pork barrel scam mastermind Janet Lim Napoles leaves most people asking for more. Senators probing the scam want more details and information, the Palace and the public want a full affidavit to accompany the release of a list she supposedly has of people allegedly involved in her big-time scam.

But reporters tasked to cover her ongoing legal debacle at a Makati trial court want less of the type of information they’ve been getting.

For instance, on Friday, May 23, the court heard an urgent motion from Napoles to extend her stay at the Makati Hospital. She was supposed to be whisked back to her detention center in Laguna that same day but “excessive vaginal bleeding” did not let that happen. During the hearing, Napoles’ gynecological oncologist went into the sordid details of Mrs Napoles’ medical history – blood trickling down her thighs, both liquid and clotted, pelvic exams – the works. Very graphic; it was perfect material for tabloids.

It wasn’t the first time reporters at the Makati RTC had to be privy to that part of her life, but there was one passing remark from her doctor that piqued the interest of many in that sala. During his narration, Dr Efren Domingo said he could not rule out the possibility of “private, intimate contact” being the reason for the bleeding, adding that Mrs Napoles was “only human” and had “urges.”

The statement was forgotten, overtaken by even more gory details about blood loss and how many napkins were used. The city prosecutor wanted to prove that the bleeding was Napoles’ own doing. The defense, wanting to protect her privacy, asked the judge to let “other people” (read: the media) out of the court room before Dr Domingo responded. But Judge Elmo Alameda said there was no need, since “intimate contact” was an issue the doctor himself brought up.

Asked if he was privy to Napoles’ sexual activities (or lack of them), Domingo admitted he wasn’t. So why bring them up, to begin with? For sure, they made salacious headlines – even if, as Domingo said, he wasn’t even sure they happened.

After 8 months, the Senate finally set a hearing on the P900-million Malampaya fund scam. But 3 days before the hearing scheduled last Thursday, it was called off.

In a media advisory, the office of Senate blue ribbon committee chairman TG Guingona said the postponement was because of the “unavailability of our resource person from the Commission on Audit.”

It turns out it wasn’t the complete story.

Vice chairman Senator Serge Osmeña told reporters, “We were merely requested by the administration to postpone it because of the World Economic Forum.” He was referring to the forum the Aquino administration hosted from Wednesday to Friday, May 21-23, and hyped as the country’s “coming-out party” to show the “Philippine miracle” under PNoy’s anti-corruption banner.

Osmeña told Rappler the administration made the request “just so we put our best foot forward while we play host to WEF.”

Guingona later admitted that the reason for the postponement was “the WEF and the non-availability of the COA chair” but did not reply to follow-up questions. Aquino deputy spokesperson Abi Valte said she had “no information” about such a request and pointed to Justice Secretary Leila de Lima, who did not respond to questions. Reporters went back to Osmeña and asked who from the administration made the request. His reply? “Secret.”

Whoever it was, the plan to gloss over the biggest corruption scandal to hit the supposed rising tiger of Asia did not materialize.

On the same day the hearing was set, a reporter from the Wall Street Journal chose this question to ask Budget Secretary Butch Abad, “How can you say the Philippines has made progress on corruption amid the pork barrel scam scandal?” – Rappler.com