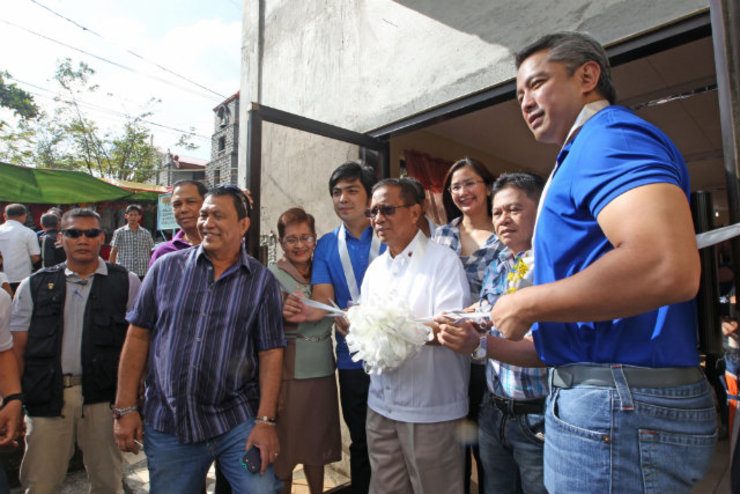 He’s been making the rounds on all forms of national media not for himself but for his patron, embattled Vice President Jejomar Binay.

But does it mean Cavite Governor Juanito Victor “Jonvic” Remulla wants a national role in politics beyond 2016?

If we are to believe him, that’s the last thing on his mind. “Being a spokesperson is the worst vehicle for you to enter into national office because you imbibe all of the negatives and you don’t get to promote your own advocacies. It’s not a vehicle for me to go national. I’m only here to help,” the governor told Rappler.

The 47-year-old is on his 3rd month of being Binay’s spokesman, a role he shares with two party mates of the Vice President: Navotas Representative Tobias Tiangco and lawyer Jose Virgilio Bautista.

The latter two are also members of Binay’s United Nationalist Alliance (UNA), which is expected to be recognized as a party in time for the 2016 polls.

Remulla has yet to formally cut ties with the Nationalista Party (NP), whose two members have led the Senate’s probe into corruption allegations against Binay.

The governor, who comes from a well-entrenched political family, says he is “loving” his stint as spokesman. (READ: Jonvic Remulla on speaking for Binay: ‘Why I’m all in’)

“I’m a political animal and I love what I’m doing, what I’m learning. It’s been great fun,” said Remulla, who at the same time admitted he will only be spokesman until the end of the year or early 2015.

Come 2015, Remulla said he’ll have to shy away from the media spotlight and focus on his own re-election bid – although he’s already working on that as now.

Remulla, after all, is also expected to make sure Binay secures Cavite’s support in his 2016 bid for the presidency. Binay recently made the rounds in Cavite, going town-hopping November 13-14, with Remulla by his side.

Binay and Remulla even managed to squeeze in a Kapisanan ng mga Brodkaster ng Pilipinas event where Senator Grace Poe was “coincidentally” also a guest. (READ: Binay and Poe for 2016?)

“I’m confident about my constituency back home. I work very hard to make things better. Our growth rate is tremendous and explosive,” added the governor.

So that’s it. Governor Remulla stays in local politics. But then again, with the 2016 still 15 months away (who’s counting? Remulla is, clearly), a lot of things can still happen.