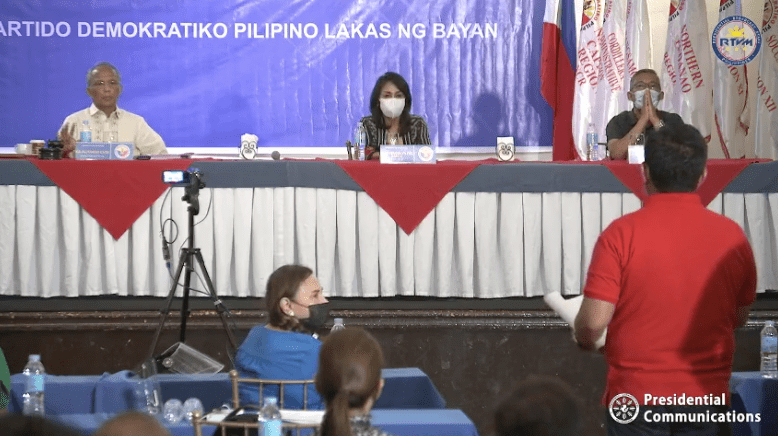 Facebook Twitter Copy URL
Copied
Energy officials says the secretary has been monitoring the situation, and that since 2019 he has issued policies to increase the Luzon grid's power capacity

The Luzon grid was placed under red alert on Monday, May 31 – the first time since 2019 – as demand for electricity peaked against a thin power supply.

Yet, at the press briefing held at 1 pm that day, only the following officials were present to update the public on the situation: Undersecretary Felix Fuentebella, Assistant Secretary Redentor Delola, and Director Mario Marasigan.

Energy Secretary Alfonso Cusi was missing, although he had made himself scarce at media briefings even before this.

But where was Cusi?

Well, he was in Cebu to preside at PDP-Laban’s national council meeting – a gathering that the party chairman, President Rodrigo Duterte, had asked him to organize. Cusi is the ruling party’s vice chairman.

For Filipinos sweltering in their homes due to the rotating blackouts, Cusi’s appearance at the PDP-Laban betrayed his wrong priorities.

Officials of the Department of Energy defended their chief from criticisms, saying Cusi had been monitoring the situation. 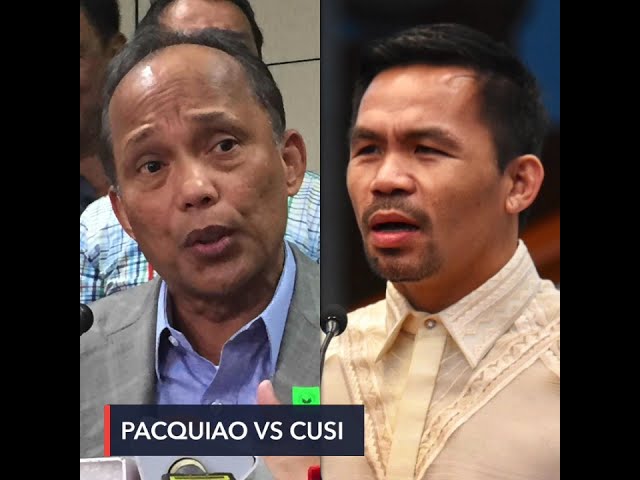 In the joint statement, Bayan Muna Representative Carlos Zarate and Bayan Muna chairman Neri Colmenares said Cusi should “stop politicking” and instead focus on the power problem at hand.

(Secretary Cusi should prioritize solving the power problem, instead of focusing on their party’s infighting which would prolong Duterte’s stay in power.)

During the council meeting, PDP-Laban adopted a resolution, urging Duterte to run for vice president in the 2022 elections and choose his candidate for president.

Cusi has warned about power shortage

Asked for comment, Fuentebella said that Cusi was never remiss in his duties.

“The Secretary has been monitoring all these actions and would continue to relay his instructions,” said Fuentebella.

The DOE spokesperson told Rappler that Cusi, since 2019, had issued policies to increase the Luzon grid’s power capacity to avoid blackouts.

Fuentebella also said that Cusi and his team met with energy players in 2020 to coordinate and “ensure that everyone would know each other’s roles.”

“All these are properly documented. It is unfortunate that, despite all these preparations, there were red alerts that we experienced, mainly due to lack of generation capacities,” Fuentebella said.

In April, Cusi told the joint congressional energy panel that sufficient power reserve should be contracted to ensure the reliability of the grid.

The DOE in 2019 issued Department Circular No. 2019-12-0018, which mandates the National Grid Corporation of the Philippines, as system operator, to contract power reserves, called ancillary services.

“My pleading is that we should have this. Otherwise, we remove it as a requirement and we should expect na ganito na lang ang ating buhay (that we are going to live with blackouts),” Cusi said in April.

On Tuesday, the Luzon grid was placed under an 11-hour red alert, following the outage of another coal plant. Rotating blackouts were implemented as there was a shortfall in power supply.

The Energy Regulatory Commission has warned that generation companies may face penalties for extended unplanned outages. Two coal-fired power plants have been offline since December 2020 and February 2021. – Rappler.com