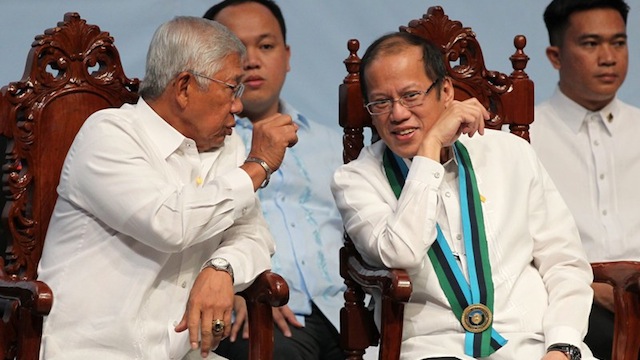 For the nth time, Camp Aguinaldo is again abuzz with talk that Defense Secretary Voltaire Gazmin is leaving his post. There's a new context, however, in this new iteration of the Gazmin-is-leaving rumor.

His protégé, General Emmanuel Bautista, is retiring on July 20. Some say Bautista is too young to be leaving government service. On the other hand, Gazmin has supposedly been telling peers that he's tired. He probably wouldn't mind handing over the defense portfolio to Bautista.

Besides, if Gazmin did something fishy during his term, he would trust that Bautista won't make a big fuss out of it. They go a long way, after all. As a young lieutenant in the 1980s, Bautista served in an army battalion commanded by then Colonel Gazmin.

Assuming he's indeed stepping down, Gazmin isn't about to let go of his influence over military affairs. The choice for the next chief of staff still hinges on what he would whisper to President Benigno Aquino III (READ: Voltaire Gazmin: The untouchable). In this case, however, Aquino has his own personal choice for the post, Air Force chief Lt Gen Jeffrey Delgado, who was a presidential guard of the President's mother, the late President Corazon Aquino. Gazmin has his personal choice, too, his other protégé: Army chief Lt Gen Hernando Iriberri.

Who's the next chief of staff wouldn't probably matter as much as how many chiefs of staff the military has had since Aquino became president: 4 in 4 years, excluding retired General Nestor Ochoa who briefly served in an acting capacity in June 2010, after Aquino won the elections.

With 2 more years left in his presidential term, he can still probably beat the record of his predecessor, Gloria Macapagal-Arroyo, who had 11 chiefs of staff. But she served for 9 years.

The lady justice is now the boss 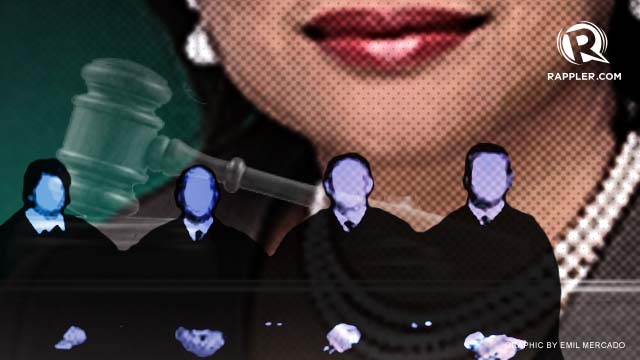 Presiding Justice Amparo Cabotaje-Tang has her hands full at the anti-graft court Sandiganbayan. And we imagine how tough it can be.

The court is hearing the most sensational corruption cases in the Philippines today that involve 3 Philippine senators and a wily suspected pork scam mastermind, among others. The justice department is readying more charges against other lawmakers. But that's not the only challenge Tang is facing right now.

Back in the day, she was the most junior justice in the anti-graft court. When she was nominated to the post of presiding justice in October 2013, not a few of her colleagues in the Sandiganbayan raised their eyebrows. After all, she bested two senior justices in the race. And she had barely warmed her seat at the court when President Benigno Aquino III chose her to head it.

In her stint as Assistant Solicitor General, Tang used to appear before the Sandiganbayan to defend government's cases. And she would sometimes be rebuked by the justices. One source recalls an incident when one of the Sandiganbayan justices (who is still active in court today) gave Tang a tongue-lashing. She would just grin and bear it. Now they work together in the same court. And she's the boss. Sorry your honor, tables have now been turned. – Rappler.com

(Inside Track is Rappler's intelligencer on people, events, places and everything of public interest. It's a take-off from Newsbreak's Inside Track section. Contributions are most welcome. Just send bits of information to investigative@rappler.com)