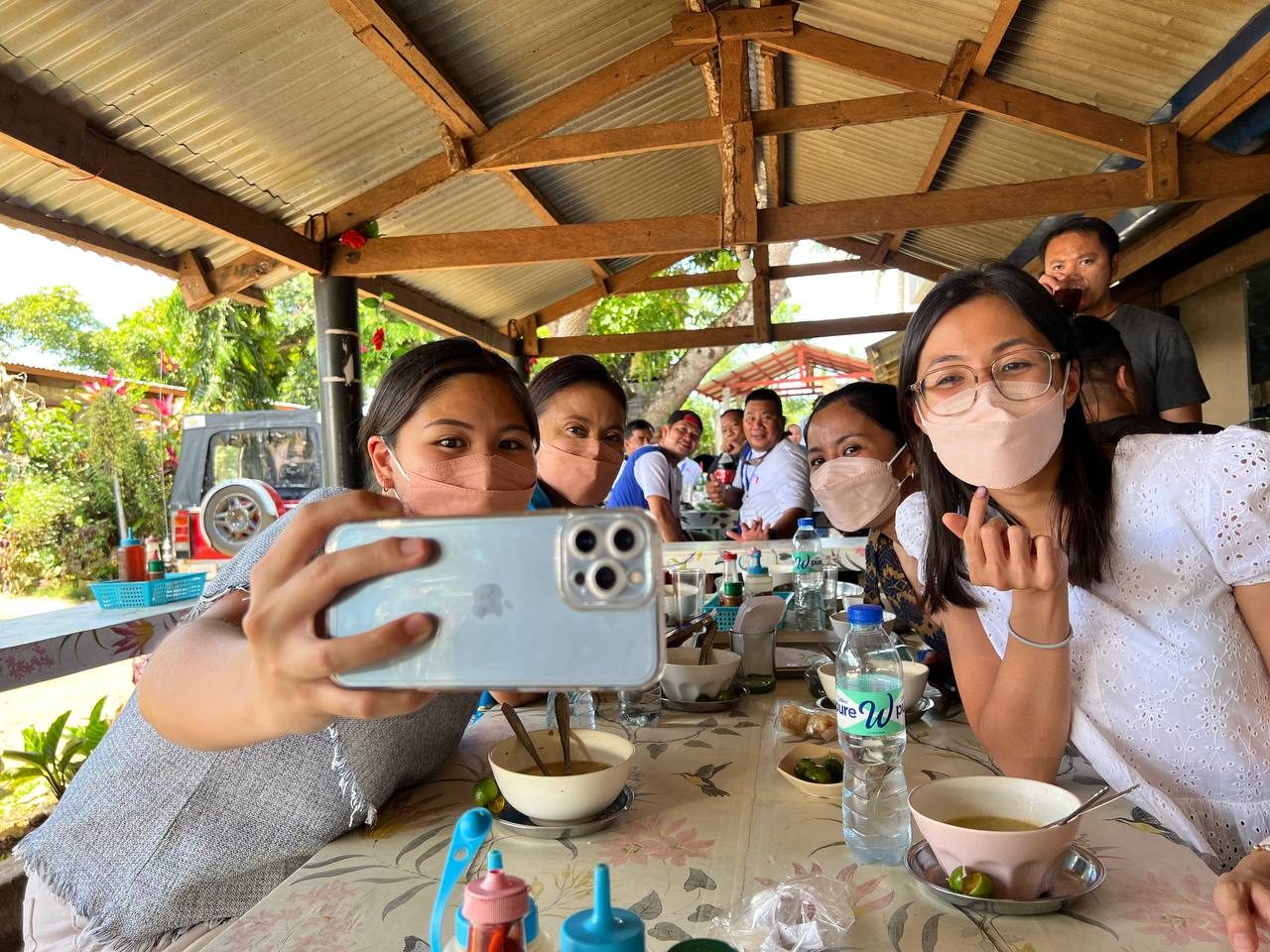 THE ROBREDOS. Presidential candidate VP Leni Robredo poses for a photo together with her daughters Aika, Tricia, and Jillian while eating kinalas at an eatery in Naga City on May 9, 2022.

Vice President Leni Robredo is facing the toughest battle of her political career and yet the lone female presidential contender didn’t seem to have any nerves when she faced the media on Monday, May 9.

Robredo waited for over two hours before she could cast her vote at the Carangcang Elementary School in Magarao, Camarines Sur, in the high-stakes elections that would decide President Rodrigo Duterte’s successor.

It has been a gruelling 90-day campaign, which saw Robredo visiting multiple provinces in a span of a week just to catch up to the survey frontrunner, the late dictator’s son Ferdinand “Bongbong” Marcos Jr.

But Robredo is at peace, knowing she did whatever she could in her bid for Malacañang – and she did it without resorting to the dirty politics she promises to reject if she becomes president.

Robredo saw a groundswell of support for her presidential bid in the last few days of the campaign, with tens of thousands of attendees becoming a staple in her grand rallies across provinces – even in known enemy bailiwicks. She sparked the so-called “pink revolution” in 2022, with her massive volunteer base defying traditional campaigns.

But she left much of the election day monitoring to her team of lawyers and staff, led by veteran election lawyer Romulo Macalintal in Pasay City.

She instead spent the rest of Monday in the company of those closest to her – her daughters Aika, Tricia, and Jillian, their family and friends, and her staff from the Office of the Vice President who are expected to fly to Camarines Sur after voting in their respective precincts.

True to form, the Robredo family enjoyed a hearty lunch of kinalas – a noodle dish loved by Bicolanos – at a local eatery, where they ate without much fanfare alongside other customers. Robredo, however, did grant requests for selfies just before she left the eatery.

Robredo also seized the opportunity to drive their family-owned sedan, something the presidential candidate has not been able to do much on the campaign trail.

She drove her kids to the Amang Hinulid Chapel in Calabanga, where they all prayed together while touching the image of the dead Jesus Christ.

Robredo is a devotee of the Amang Hinulid. On September 30, 2021, days before she announced her decision to run for president, Robredo was also seen praying in this chapel. 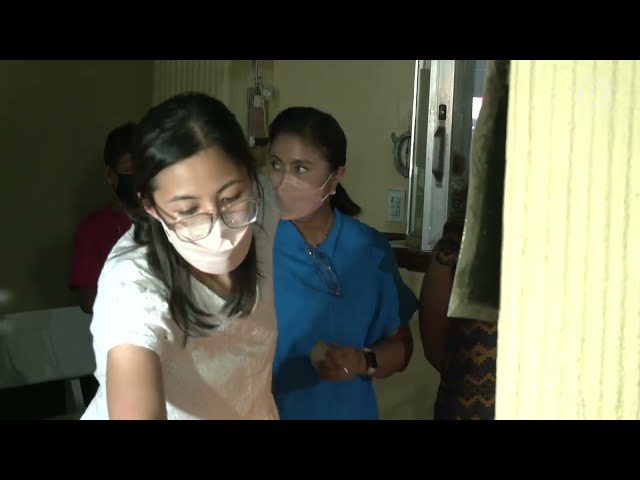 Robredo was born and raised in Naga City, but she has since moved to the nearby town of Magarao, where she voted on Monday.

This is her safe place now, where Robredo relishes the quieter, more restful life away from all the noise. On the most unnerving day of her political life, Robredo is content and confident. She is home. – Rappler.com