With Osmeña on way out, Rico’s Lechon eyes return to Cebu City 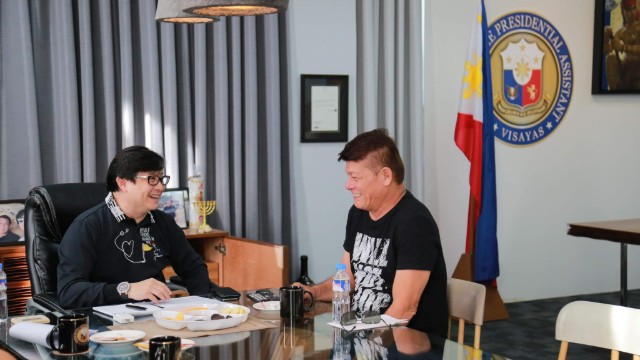 “Rico’s is back!” the Facebook page of the Presidential Assistant for the Visayas posted on Facebook on Wednesday, June 19.

“With the new political landscape, the Cebuanos expect you back in Cebu City Rico's!” they posted on Facebook.
The Facebook post showed the founder, Dionson, sitting down with Presidential Assistant for the VIsayas Michael Lloyd Dino. The Cabinet member based in Cebu openly supported Osmeña’s opponent and winning candidate Edgardo Labella in the mayoral race.

What did they mean?

While Rico’s is a brand that made a name for itself in Cebu, you won’t find a single branch in Cebu City today.

Only the Lapu-Lapu City branch is still operational in Cebu, while 5 branches have already opened in Metro Manila.

The chain was acquired by Manila-based Meat Concepts Corp. May 2018, although Dionson is still hands on in business operations.

This is because in 2017, then-Cebu City mayor Tomas Osmeña ordered the restaurant’s only two branches in his city closed for allegedly not paying its business taxes.

According to a report in SunStar Cebu 2017, Osmeña accused the lechon restaurant of owing the city government at least P48 million in taxes.

But the owner Enrico Dionson said the reason for the closure was his asking Osmeña’s daughter-in-law Bea Villegas-Osmeña, who owned 30% of the Mabolo branch, about taking over her shares.

Osmeña disputed this, saying that his daughter-in-law was not married at the time she bought a stake in the branch and that her involvement would give him more reason not to shut down Rico's.

The mayor said that Rico's was also operating its Escario Street branch without a business permit. Dionson admitted this, however, saying that he trusted the bookkeeper of Bea to help secure the permits.

Since the feud between Rico’s and Cebu City, the roasted-pig brand has expanded its presence in Metro Manila, with no new branches announced in Cebu prior to Osmeña's loss in the May 13 election.

Dionson is wasting no time in trying to get his restaurant open again in its home city and across the province.

Dino has also gotten into public feuds with the outgoing mayor, campaigning against Osmeña's push for the Bus Rapid Transit system. (READ: Cebu City at the crossroads: Keep or replace Tomas Osmeña?)

Dionson's next planned branch is in Jamestown in Mandaue City.

So while it looks like Rico’s will soon be back in Cebu City, there is no word yet where the new location will pop up.

And with Dionson's alliance with Duterte allies Dino and Labella, it looks like Rico's will be back – and will be here to stay –  for as long as Osmeña is away. – Ryan Macasero/Rappler.com

Editor's Note: An earlier version of the story referred to Dionson as the owner of Rico’s Lechon. He founded the restaurant chain, but it was acquired by Meat Concepts Corp. May 2018.