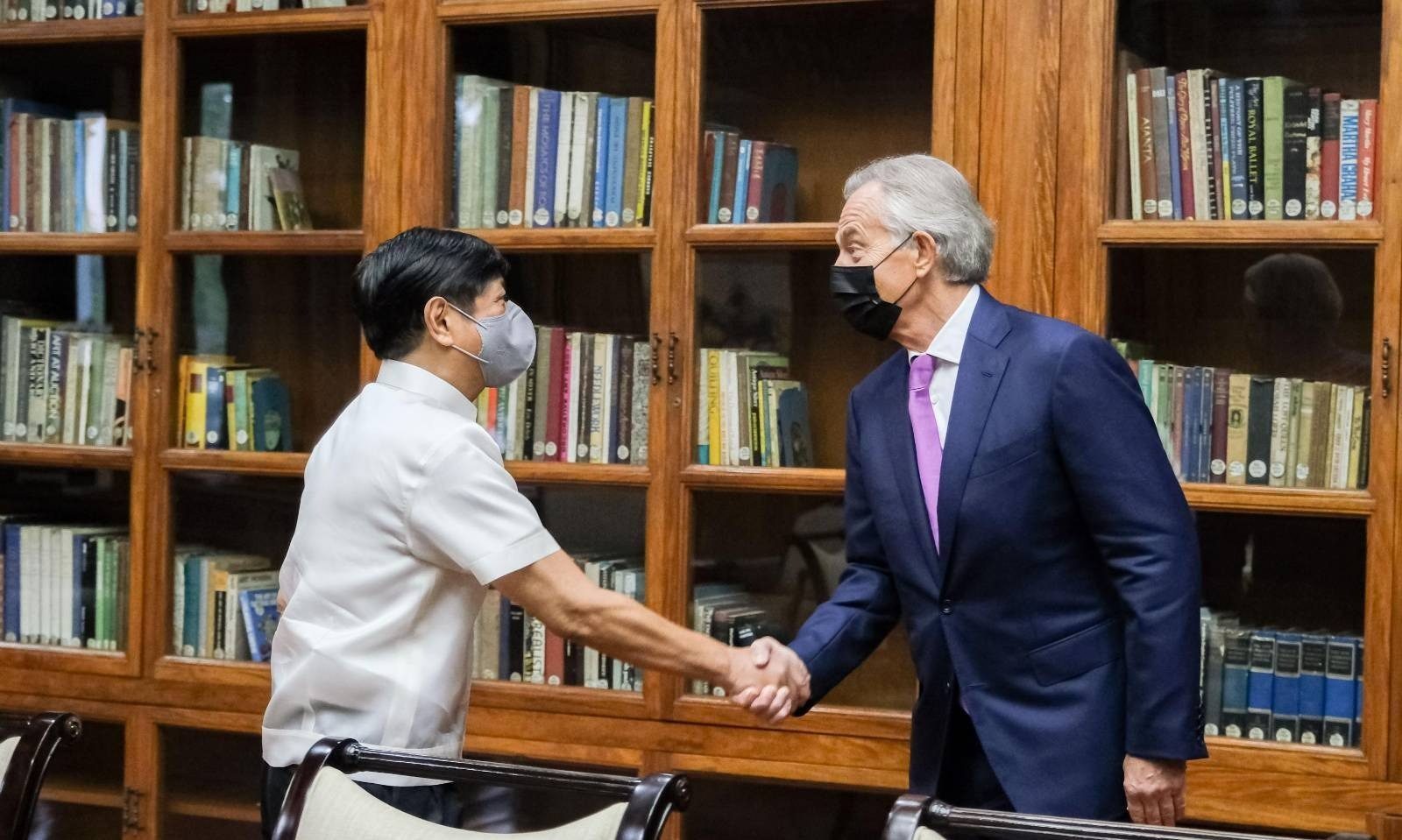 For the second time in a little over a month, President Ferdinand Marcos Jr. met with former United Kingdom prime minister Tony Blair – this time, at the Malacañang Palace in Manila.

Blair called on Marcos on Tuesday, October 25, according to a release from the Office of the Press Secretary. Undersecretary Cheloy Velicaria-Garafil said “they discussed a wide range of topics on bureaucracy and governance based on the best practices in developed countries.”

The two men first met on the sidelines of the United Nations General Assembly in New York, during Marcos’ working visit to the US. Blair, who was prime minister of the UK from 1997 to 2007, is the executive chairman of his own non-profit, the Tony Blair Institute for Global Change.

The institute, according to its website, aims to “help political leaders build open, inclusive and prosperous societies in an increasingly interconnected world” by “shaping the debate and offering expert advice.”

Under “government advisory,” the institute says that “through Tony Blair, and our panel of experts, we’re able to offer unique insight, as well peer-to-peer practical support, to leaders and governments keen and ready to implement this kind of change.”

Their policy work, according to the institute, focuses on “[reinvigorating] the center ground of politics,” “reframing the debate on extremism,” and developing policy so governments “can meet the challenges thrown up by technological advances, and shift their economies from the offline to the online world.”

Garafil, quoting Marcos, said they discussed “the peace process in the Bangsamoro Autonomous Region of Muslim Mindanao (BARMM) and explored concrete ways to address other priority issues in the global economy, such as food security, climate change action and trade.”

The Palace did not say if the Marcos administration would have further engagements with the institute or tap the services of Blair’s foundation.