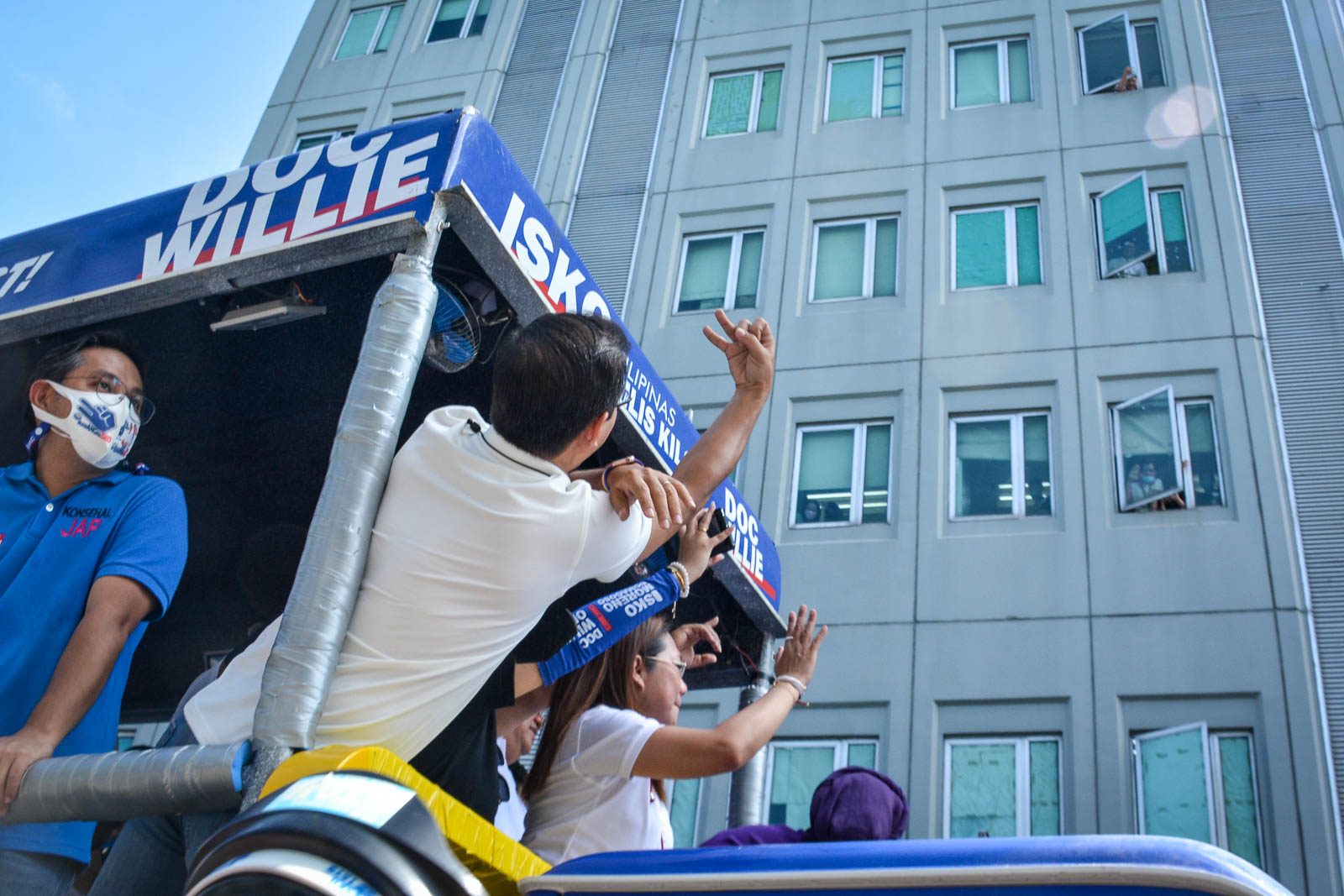 HAND SIGNS AND A CAMPAIGN. Isko Moreno flashes the 'two joints' hand sign during a motorcade in Malabon.

Isko Moreno and his campaign manager Lito Banayo were as surprised as anyone at the virality of videos of him doing the “two joints” hand sign during various campaign events.

But some have said Isko doing this particular hand sign might lead people to think he is promoting the use of illegal drugs since this sign has been associated with a culture of drug use (one meaning of “joint” is a marijuana rolled up in paper for smoking).

Banayo admitted to Rappler on Wednesday, March 2, that Moreno had no idea of what the hand sign actually meant when he first flashed it during a motorcade in Cotabato City last February. Moreno found out afterwards and has since continued to flash the “two joints” sign when prompted by supporters.

Moreno, on Thursday, said he just wants to relate to young people.

(We were in Cotabato. ‘Yorme, Yorme! Two joints! Of course, I want to relate to them so I did the sign too. Then it went viral because it’s organic. I’m happy I can relate to the youth. But it doesn’t mean we are promoting illegal substance.)

“It’s very clear that I will never tolerate such drug use but being relatable to you, why not? You take the leadership and you’re trying to converge, you’re trying to reach people,” he added.

Moreno even sought to put his own spin to the hand sign.

Moreno said he is against even the medical use of drugs like marijuana, saying the Philippine system and people must be “fixed” first to prevent the policy from being abused.

But, he added, he might be open to it in the future.

“As long as it benefits the health of people, whatever medicine that is, if it can help a person live, then so be it,” he said in Filipino.

The “two joints” sign is a sign popular in street culture and the Philippine hip-hop scene. Moreno has often used street imagery in his political ads and campaign materials, taking off from his own life story and childhood growing up in the crime-ridden streets of Tondo. 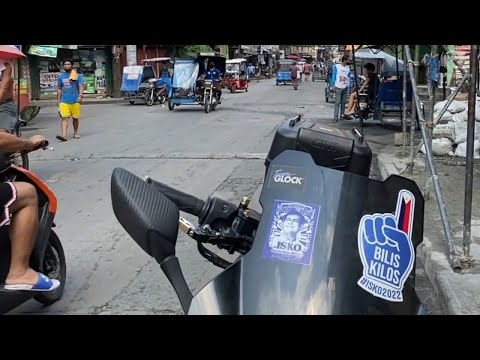