#LeniWalangAatrasan: When Robredo faced a critic in DZRH-Manila Times panel 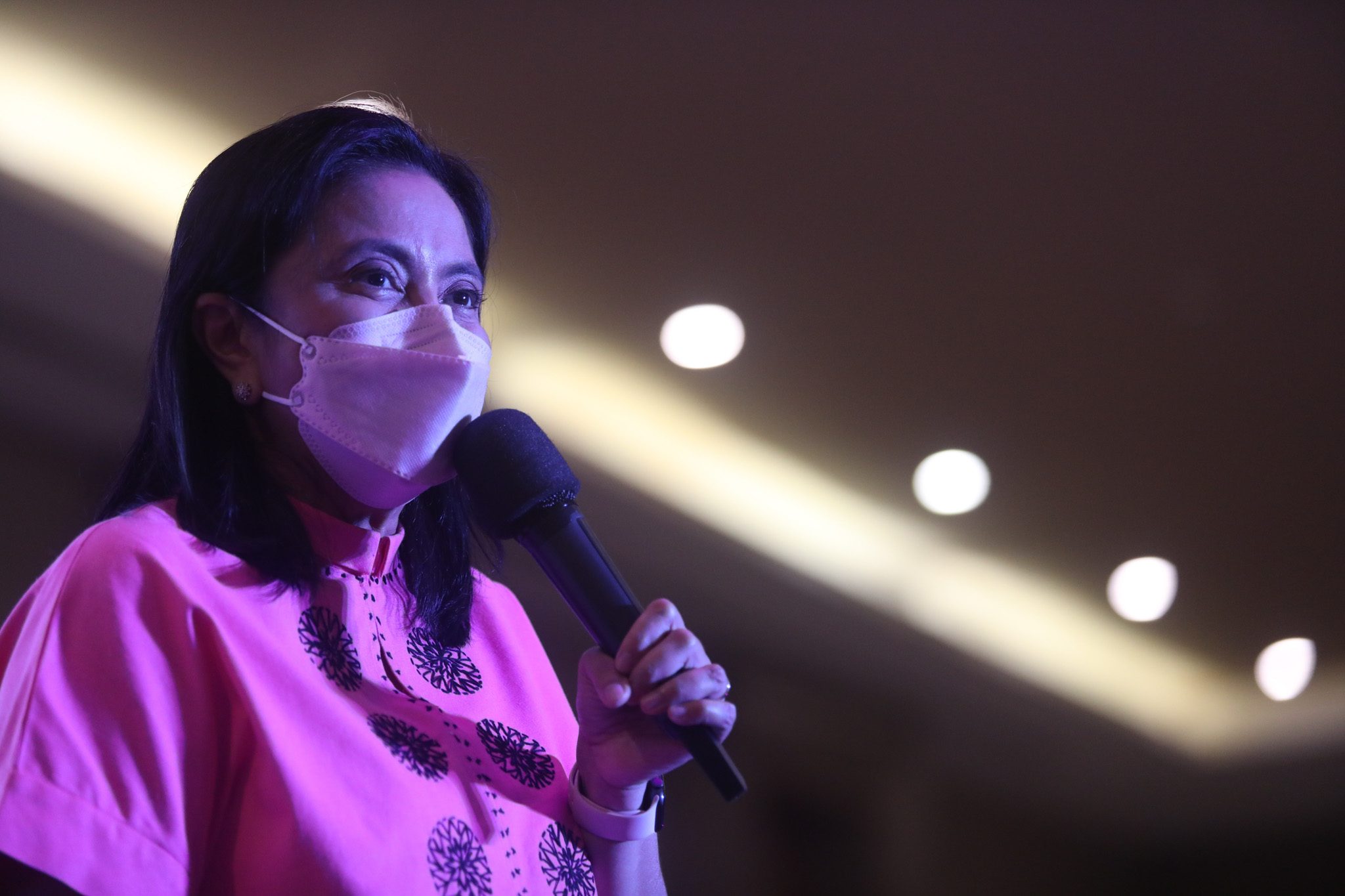 Vice President Leni Robredo on Thursday, February 3, signed a covenant with Philippine Rural Electric Cooperatives Association (Philreca) outlining their shared vision for the reform of the electricity sector in the country. Photo by Charlie Villegas/OVP

Vice President Leni Robredo showed the ultimate grace under pressure as she stood in front of one of her harshest critics who was out to test her mettle as the sole female aspirant in the 2022 presidential race.

Wearing a suit and face mask in her signature pink color, Robredo did not bat an eye even as university professor Antonio Contreras and the rest of the all-male panel from DZRH and the Manila Times grilled her for over two and a half hours on Wednesday, February 2.

It was a much anticipated interview, after Contreras initially claimed Robredo declined their invitation. It turned out to be just a mere scheduling issue. Robredo has always been game to face anyone – even potentially hostile interviewees.

Contreras is a known critic of Robredo. In social media conversations and online forums, users claim that this is due to an alleged family feud in their home province.

In the hypothetical scenarios portion of the interview, Contreras asked Robredo what the Philippine president should do if tensions between Russia and Ukraine escalated into war.

Robredo dropped data off the bat, saying her first response would be securing the 342 Filipinos currently living in Ukraine.

She then went on to elaborate on her foreign policy, comparing the conflict between the two Eastern European countries with that of the Philippines and China over the West Philippine Sea.

The quick-thinking Robredo said the Philippines can learn much from Ukraine, a small country that has been harnessing its strong alliances with other nations to stand up to a world superpower like Russia.

It was not surprising either when it was Contreras who later asked Robredo about her Japanese coat photo and the wildly bashed video of her doing the hadouken, a special attack move popularized by Capcom’s Street Fighter game.

For Robredo, the criticisms she had to face over these online content are just a “small price to pay” for all the hard work her “Kakampinks” have been pouring into her bottom-up, volunteer-driven people’s campaign.

And when Contreras forced Robredo to answer a hypothetical question on how she would promote her rival, the late dictator’s son Ferdinand Marcos Jr., the duly-elected Vice President did not flinch.

(That’s perhaps the hardest question to answer. That he has been in politics a long time?)

Asked if she would ever unify with Marcos, Robredo said no – not when the dictator’s family continues to revise history and does not apologize for the sins of Martial Law.

Netizens applauded Robredo for her interview performance, with the hashtag #LeniWalangAatarasan trending on Twitter.

The Vice President was praised for standing her ground even amid the male panelists’ sexist side comments and questions about her looks and love life.

Even Contreras himself had acknowledge how prepared Robredo was for the interview, though he also thought she played it too safe and had winding answers.

(Leni’s readiness was obvious during the interview. Her vast knowledge on many things was clear…. Leni had a good performance.)

That day inside the DZRH compound, Robredo entered the lion’s den. She came out unscathed and even stronger than before. – Rappler.com