Part 2: Glicerio Santos Jr’s clout and control in the INC

Jul 31, 2015 5:14 PM PHT
Aries Rufo
Facebook Twitter Copy URL
Copied
[EXCLUSIVE] With only a few exceptions, the personalities behind the US branches of the FYM foundation are basically the same: Glicerio Jr, Glicerio III, and Glicerio IV 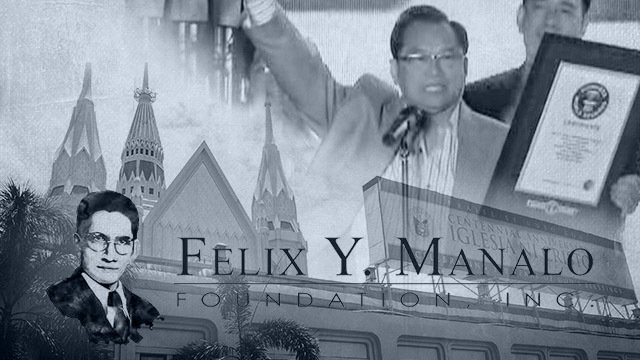 READ: Part 1: Who is Glicerio Santos Jr in the Iglesia ni Cristo?

MANILA, Philippines – Unlike the Catholic Church whose assets are administered by autonomous dioceses, the Iglesia ni Cristo (INC) appears to be monolithic, allowing a single person or group of persons to be entrenched in as many INC organizations, foundations or businesses as possible.

In the case of the INC, the footprints of the family of INC auditor and minister Glicerio Santos Jr, appear to be all over the local corporations and foundations of the sect.

In the Catholic Church, which is registered as a “corporation sole,” the bishop is a mere temporary caretaker of assets, with the administration of temporal or ecclesiastical assets put under the name of the diocese. This ensures the efficient transfer and administration of Church assets whenever there is a change in leadership.

And because each archdiocese or diocese is autonomous, bishops are not supposed to meddle in the affairs of other dioceses, especially where financial matters are involved. Every diocese has a finance council that makes sure Church funds are being properly used. Despite the checks, the set-up is still imperfect and reports of misused funds still filter through.

Over at the INC where no similar mechanisms are in place, some disgruntled followers are up in arms over the control that one of their ministers, Glicerio Santos Jr, is exercising over church finances.

Santos has been accused of driving a wedge between INC executive minister Eduardo Manalo and his family. Eduardo Manalo’s mother Cristina or “Tenny” and brother Angel appeared on a YouTube video saying their lives were in danger. After they were expelled from the Iglesia, Angel later appealed to his elder brother to talk to them, to no avail.

Santos’ growing clout and control over the INC’s finances may be one of the reasons why he’s been tagged as the number 2 man in the INC.

His involvement goes beyond the Iglesia’s local foundations and corporations, as he also holds executive positions in the different Felix Y Manalo foundations (FYM) scattered in the United States. He is also behind FYM-New Zealand and FYM-Canada.

Here’s what we found from mining corporate documents of the different FYM foundations in the US.

(Note: The orange dots refer to the states listed in the table above, while the yellow dots refer to states that do not identify FYM foundation officers. The Secretary of State websites of California, New York, North Carolina, and South Carolina disclose online that a FYM Foundation branch exists in their state, but do not indicate who the officers are.)

Among countries outside the US with an FYM Foundation branch, at least New Zealand and Canada disclosed online who their directors are.

With only a few exceptions, the personalities behind the FYM US branches are basically the same. Just like in the Philippine INC entities, the Santoses – Glicerio Jr, Glicerio III, and Glicerio IV – are also in most of the foreign-based foundations. One significant name found in the foreign-based Iglesia foundations is Dorothy Kristine Manalo Orosa, a lawyer and the eldest daughter of Eduardo Manalo.

Joy Yuson, a former coordinator of the INC media arm, accused the elder Santos of withdrawing funds from various bank accounts and channeling these to the foundations they control.

In a video posted on the Facebook account of user Sher Lock, Isaias Samson Jr, the former editor-in-chief of INC’s official publication Pasugo, insisted that Santos was involved in corrupt practices in the church, and that INC spokeperson Edwil Zabala, general evangelist Bienvenido Santiago, and other ministers knew about it.

Over at the Subic Bay Metropolitan Authority (SBMA), we found another foundation, the Subic Bay-FYM Foundation registered with the SEC in mid-2012.

The elder Santos also occupies the position of president, with his two sons, Glicerio Santos III and Glicerio IV, likewise on board. Vice president of the foundation is Manalo’s eldest, Dorothy Orosa.

A non-stock, non-profit religious organization, the foundation was classified under the “Leisure” industry among Subic locators. According to the SBMA website itself, leisure investment proposals handled by the department cover, among others, the following: casino and gaming; hotel, resort, restaurant/cafes, medical tourism, retail and duty free shops, and recreational and amusement centers/parks.

Subic insiders told us the Subic Bay-FYM Foundation was allowed to be categorized under “Leisure” because of a “special” request. The Iglesia had asked SBMA to let an INC member handle its application; the staffer turned out to be assigned to the Leisure department at the time.

SBMA Chairman and Administrator Roberto Garcia said the foundation is supposed to build a church inside the freeport to cater to both the “INC members who are SBMA employees” and to those who live near the site. When we checked, we found the land still idle, save for the traditional Iglesia fence. 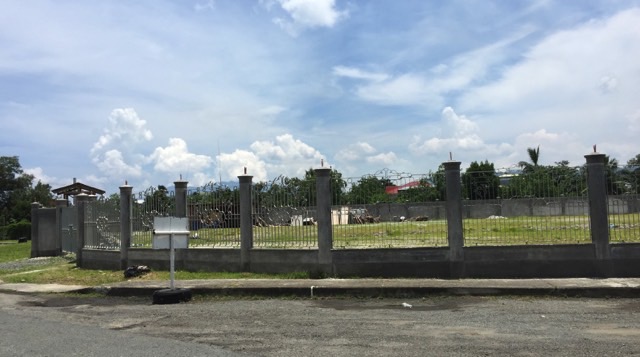 Garcia said the foundation has not built anything on the property because it had asked for more time after soil tests revealed there were issues with the “soil foundation.”

Yet it has paid “lump sum” for the lease of the property estimated to be about 1,000 square meters. Lease arrangements normally run for 50 years.

Santos had also sought amendments in the foundation’s articles of incorporation, among them, to engage in “import and export transactions for the transportation, release and receipt of gifts, donations, endowments and financial aid necessary for the continuance of its services and to achieve its purposes and goals as a Foundation.”

Because the foundation is located in Subic, it is entitled to locator privileges such as the importation of goods and other items tax-free.

The foundation listed its office as being “adjacent to the 14th gate of the Subic Freeport, Zambales, Philippines.” When we checked, however, there was no such office, just barren land.

We tried calling the number indicated on the foundation’s General Information Sheet. It turned out to be the trunkline of the INC central office along Commonwealth Avenue. We were told the Subic Bay-FYM Foundation does not hold office there. – with Chay F. Hofileña and Rey Santos Jr/Rappler.com