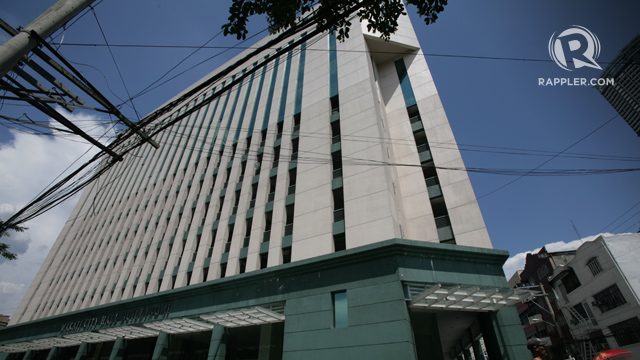 Vice President Jejomar Binay, who was then on his last term as Makati mayor 2007, initiated the project in 2007. The project was completed in 2012, with his son, Jejomar Erwin “Junjun” Binay Jr, as mayor. (READ: Red flags in ‘overpriced’ Makati infra projects)

He said the project was also cleared by the Commission on Audit (COA). But what do the records show?

Rappler pored over the contracts and bid documents submitted to the Blue Ribbon and spotted some significant issues:

1) The Makati City government “saved” only P2.991 million ($67,977) from the alleged competitive bidding it conducted.

2) The purported savings were wiped out by “change orders” in the specifications of the contract. A change order, also known as a variation order or extra work order, refers to the introduction of new work items not included in the original contract due to a change of plans or designs. Change orders are also written agreements between contracting parties for changes in a building construction project. It may involve addition, deletion or alteration in a contract at the time of the bid. Change orders are standard practice in the industry.

3) Due to these change orders, the total expenses for the parking building exceeded the originally approved budget for the contract (ABC). The ABC, as defined in the implementing rules and regulations of the Procurement Law, is “the lump sum amount that shall cover the design and construction works.” Bids above the ABC are automatically disqualified.

Hilmarc’s Construction, which cornered all the 5 phases, submitted the following lowest calculated bids as declared by the Makati bids and awards committee.

The figures above show that the Makati City government and its taxpayers “saved” only P2.991 million from the supposed “lowest calculated bid” submitted by Hilmarc’s Construction, a far cry from the P200-million savings cited by Binay. Two other supposed bidders contested Phase 1 of the parking building project, but one of the supposed participating construction firms has denied submitting any bid.

Overbudget but within COA limit

Still, the supposed P2.991 million “savings” incurred further shrank as the construction for the project went on, with “change orders” applied by the city government.

In fact, any savings supposedly incurred were wiped out because of the change orders.

Records show that the 5-phase construction project underwent 3 change contract orders that raised the actual cost of the parking building. The Department of Engineering and Public Works of the Makati City government justified the change order “to suit field conditions.”

At least in Phases 3 and 5, the change orders even pushed the revised contract amount above the original ABC.

If the revised figures of the contracts due to the change orders were added up, they would show that the total expense for the parking building actually amounted to P2,280,089,780.94, or an “overprice” of P422,593 ($9,604) when compared to the original ABC for the entire 5-phase project.

Under the revised IRR of RA 9184 or the Government Procurement Reform Act, any variation or change order is allowed, provided it does not exceed 10% of the original contract price.

In his highly anticipated speech Thursday, the Vice President attacked his critics for dragging his son into the alleged irregularity and for using political-ally-turned-rivals as pawns in the Senate probe. Binay, who served as Makati mayor from 1986 to 1998, and from 2001 to 2010, is known to be eyeing the presidency in 2016.

Binay said the COA, in the past 5 years, had audited the entire project 10 times and found no anomaly.

But COA Chair Grace Pulido-Tan said a special audit now being conducted for the project has raised “many questions,” specifically on why the project had to undergo 5 phases. (READ: COA: “Many questions’ on Makati building)

Contract review reports by resident COA auditors of Makati determined that the ABC pegged by the Makati City government for all the 5 phases were all deemed “reasonable” vis-a-vis COA estimated costs.

COA Resolution 91-92, which governs auditorial review and evaluation of contracts, mandates COA auditors to make a separate costing of a particular government contract or Approved Agency Estimate “for purposes of determining the reasonableness of a contract price.”

A government project is considered excessive, if the contract exceeds 10% of the COA estimate.

Binay said the allegations were politically motivated and vowed to clear his name. – Rappler.com