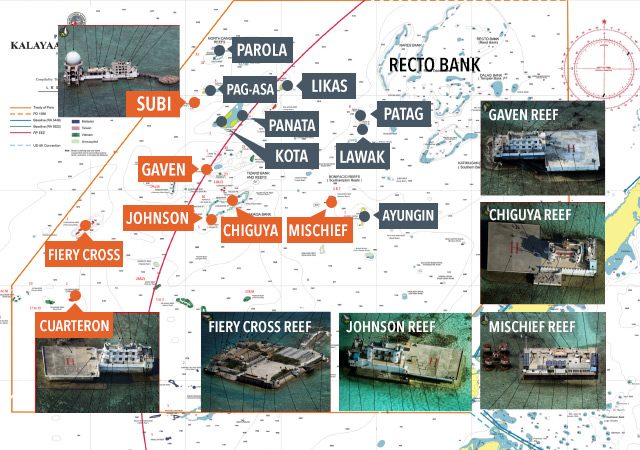 MANILA, Philippines – China has reclaimed from the West Philippine Sea (South China Sea) a total of 383 hectares in 7 of its occupied reefs there, latest aerial photos show.

On Tuesday, June 16, Beijing announced that reclamation activities in the disputed territory will soon be completed.

Photos taken as of May 2015 showed that the Kagitingan Reef (Fiery Cross) had the biggest expansion with a total reclaimed area of 222 hectares. A report of the international news network CNN said China has built an airport tower and an early warning radar on Kagitingan Reef. (READ: Airport tower, radar on China’s 1st runaway in Spratlys) 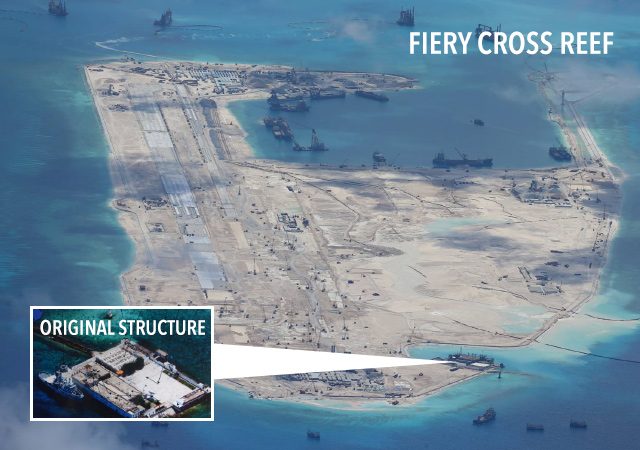 A military report said China has constructed a  2.6-kilometer airstrip and 5 jetties.

In Subi (Zamora) Reef, 76 hectares have been reclaimed, with 3 port facilities built. In Calderon (Cuarteron) Reef, China has reclaimed 24.6 hectares, with photos showing a 6-story building constructed there. It also has a helipad, one jetty and one pier that can accommodate a 130-meter ship.

In Gaven Reef, China has a reclamation area of 15.3 hectares on which it also built a 6-story building and a permanent pier. In Mabini (Johnson) Reef, which is 194 NM from Palawan and thus well within the country’s 200-mile EEZ, 10.9 hectares have been reclaimed. It likewise has a 6-story building, one jetty and a pier. 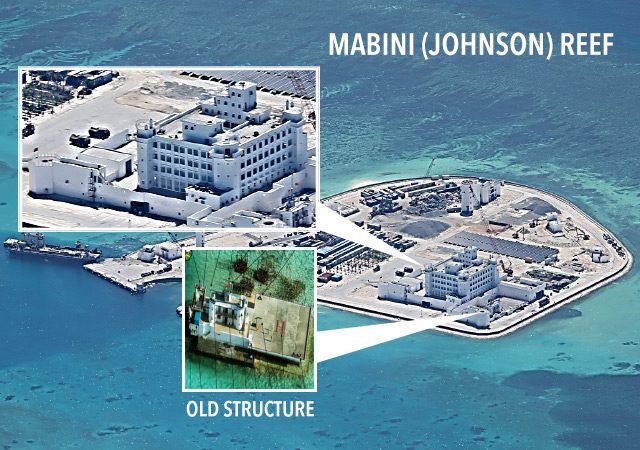 And finally, in Keenan Reef, which is 187 NM away from Palawan, as against 784 NM away from China, Beijing reclaimed 7.2 hectares and built a 6-story building, a jetty, and a pier. The photos however tell a totally different story. – Rappler.com