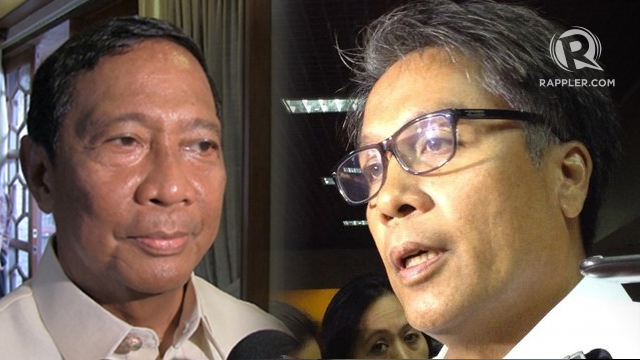 The announcement came on the same month when Vice President Jejomar Binay launched the United Nationalist Alliance (UNA) as the main opposition party, with him as standard bearer in next year’s presidential polls.

The announcements indicate a repeat of the Roxas-Binay rivalry in the 2010 vice presidential race, which Binay won. The results pushed Roxas to file an electoral protest before the Supreme Court (SC), which serves as the Presidential Electoral Tribunal (PET).

In his petition, Roxas raised the issue of the high incidence of null votes discovered, which amounted to 2.6 million. He claimed that the incidence of null and misread votes in precincts nationwide, especially in regions 6 and 7 – areas considered as his turf – did not reflect actual votes that resulted in Binay’s victory.

What has happened to Roxas’ electoral protest? Here’s a short recap of events that took place since the case was filed:

Where exactly is the PET on this case? Based on the timeline above, the case is  still at the pre-trial stage, and the last PET action was in December 2012 – when it granted the Comelec’s request to use 75% of the ballot boxes containing votes under electoral protest for the 2013 polls.

Replying to an inquiry made by Rappler, the Secretariat of the PET said it will still have to resolve Roxas’ motion for forensic examination of the software used in the May 2010 elections. No specific date has been set for the hearing of the said motion. It certainly looks like this is headed nowhere. – Rappler.com

Arielle Laguilles is a Rappler intern.