Oct 11, 2015 11:28 AM PHT
Facebook Twitter Copy URL
Copied
(UPDATED) There are more than 18,000 elective positions in the national and local government up for grabs in 2016, as candidates are set to file their certificates of candidacy on Monday, October 12 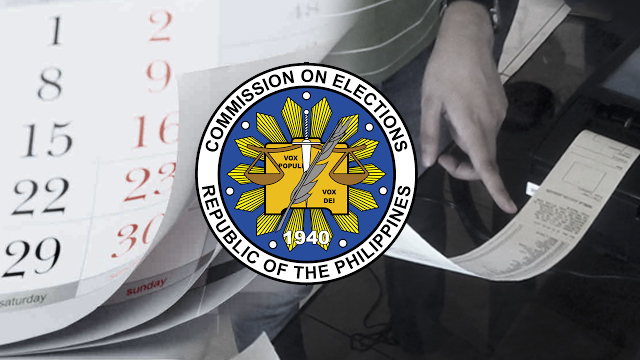 MANILA, Philippines – (UPDATED) Politicians and those aspiring to be elected to public office in 2016 are set to file their certificates of candidacy (COCs) starting Monday, October 12, up to Friday, October 16.

More than 18,000 elective posts are up for grabs in next year’s national and local elections, according to the Commission on Elections (Comelec).

Based on Comelec Resolution 10002, which was signed on October 13, there are 18,083 positions open in next year’s polls.

It is an update to the earlier report of the poll body – via Resolution 9982, which was signed on August 18 – indicating there are 18,069 positions open in next year’s polls.

Based on the Comelec calendar, August 31 was the “last day to allocate elective seats for Member, House of Representatives and other local elective positions.”

There were, however, some district creations and cityhood conversions approved even after the Comelec deadline.

On May 9, 2016, the country will be electing a new president and vice president, 12 senators, and officials for each of the 238 legislative districts, 81 provinces, 145 cities, and 1,489 municipalities.

In a Philippine Star report, Comelec chairman Andres Bautista said that they are ready and prepared for the candidacy filing on Monday. “This is the unofficial start of the election,” he claimed.

Next year’s elections include new elective posts for:

The additional Cebu and Batangas districts and the cityhood of General Trias were approved by Malacañang after the signing of the earlier Comelec resolution, hence were not included in the initial report.

For the 2013 polls, 4 new districts were created, and 6 towns were converted to cities.

Newsbreak earlier reported that these new areas are created by politicians to increase the number of political turfs possible for warring political clans in the region. Creating new LGUs then becomes a sort of conflict-resolution tool, though only temporary.

An additional feature to be seen in the COC forms are the candidates’ renouncement of their foreign citizenship.

In Resolution 9989, the Comelec said the COC shall state, among other things, that the candidate “executed a sworn renunciation of foreign citizenship”. The candidates are also asked to attach a copy of the renunciation affidavit.

The amendment is based on the August 18 ruling of the Supreme Court (SC) in Arnado vs Comelec and Capitan, which clarified that candidates who lost and then reacquired their Philippine citizenship “may now run for public office” subject to two conditions. One of these is that they should “make a personal and sworn renunciation of any and all foreign citizenships before any public officer authorized to administer an oath prior to or at the time of filing of their COC.”

The citizenship of candidates is a hot-button issue for the 2016 elections, brought to the fore by questions over Senator Grace Poe’s Filipino citizenship. Poe, who had rennounced her US citizenship, is seeking the presidency. – Rappler.com