The wacky local races: What you need to know 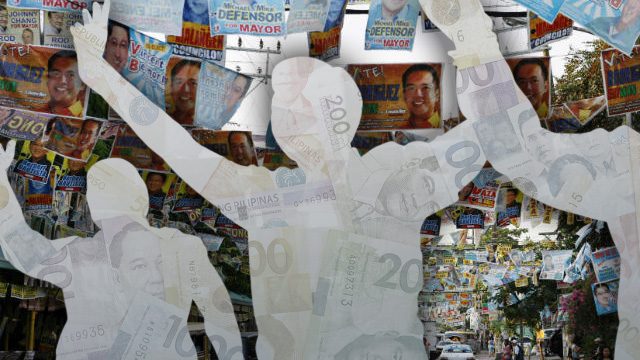 The campaign period for local candidates officially begins this Friday, March 25, as it is exactly 45 days before elections mandated under Republic Act No. 7166. The Holy Week, however, will take one day off the period as March 25 this year falls on Good Friday – one of the few days when campaigning is banned, according to the Commission on Elections (Comelec).

What are the other things candidates and voters should keep in mind from now until the May 9 polls? Here are some vital information:

The bulk of total government posts is for local candidates

Excluding the president, vice president, senators, and the party-list representatives, 18,010 posts are for candidates for the House of Representatives and positions in the regional, provincial, city and municipal government.

These positions are spread across 238 legislative districts, 81 provinces, 145 cities, and 1,489 municipalities in the Philippines.

Despite the spotlight being on the campaigns of national bets, those gunning for local positions are still expected to abide by the rules set by the Comelec – especially campaign expenses.

According to the Omnibus Election Code (OEC), local candidates are allowed to spend only P3 ($.065)* for each voter registered in their constituency. However, those not supported by any political party are allowed up to P5 ($.11).

For example, if there are 974,479 registered voters in Manila City, incumbent mayor and reelectionist Joseph Estrada’s campaign expenses should be up to P2.9 million ($62,619) only.

Candidates’ expenses throughout the campaign period are tracked through the Statements of Contributions and Expenditures (SOCE) required by the Comelec. Finances before the official campaign period, however, are not covered by existing rules, and therefore not included in the SOCE.

Those found to have overspent or who failed to submit their SOCEs may be sanctioned, based on Comelec rules.

Such was the case of former Laguna governor Emilio Ramon “ER” Ejercito who was disqualified and asked to step down from office after exceeding allowable campaign expenses. 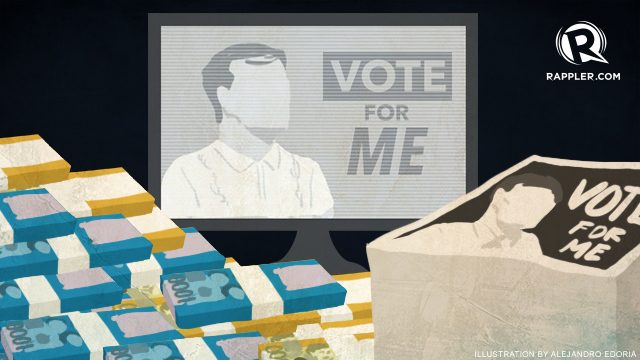 The Fair Elections Act also regulates election propaganda set in any medium. These include print and television materials, among others, that are used by candidates.

The size of printed materials, including leaflets, stickers, and pamphlets, should not exceed 8 and 1/2 inches in width and 14 inches in length.

In addition to regulating the sizes, Comelec rules also designated common areas where such materials can be posted. Any campaign paraphernalia placed on public structures such as sidewalks and waiting sheds are “unlawful” and can be removed.

Ads aired on television or radio stations are likewise regulated:

These include the appointment or hiring of employees in government offices, implementation of salary increases, and the release of public funds, among others.  (READ: Calendar of activities, list of bans for 2016 elections)

Beyond the two periods, however, are the implementation of the gun ban and the use of security personnel unless allowed by the Comelec, among other prohibitions set during the election period.

The poll body ensures strict compliance with these rules through various means such as election security checkpoints set up in various areas across the country.

Despite various efforts to maintain peaceful and orderly elections, incidents of violence are still rampant especially among local races.

During the 2013 elections, the Philippine National Police (PNP) reported that at least 46 people were killed, while 50 more were injured in at least 72 election-related incidents of violence across the Philippines. Majority of those killed were local government officials. 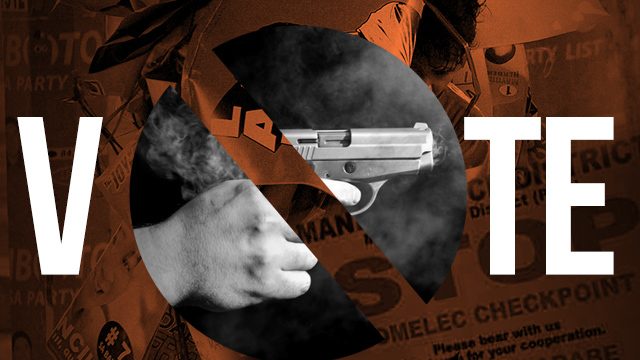 A total of 59 were identified as shooting incidents while the rest were explosions, harassment, and grenade-throwing incidents, among others.

Data from the PNP, however, show a decline in election-related violence but its continued existence still mirrors a problem.

Hot spots are also identified each election year, as months leading to the polls see a rise in violence. PNP Northern Mindanao has already placed 54 municipalities and cities in the region alone under the Election Watchlist Areas (EWA).

Vote-buying, meanwhile, is another problem that plagues Philippine elections. (READ: Votes for sale, anyone?)

Several stakeholders in various provinces have formed organizations to battle this type of election cheating. In the Visayas region, SamarVote 4Change aims to promote and call for the end of vote-buying.

As another set of candidates starts to court voters, people need to be critical about who to support. After all, local government officials play important roles in pushing development and progress across the country. – Rappler.com