FACT CHECK: Was EDCA not signed by Aquino? 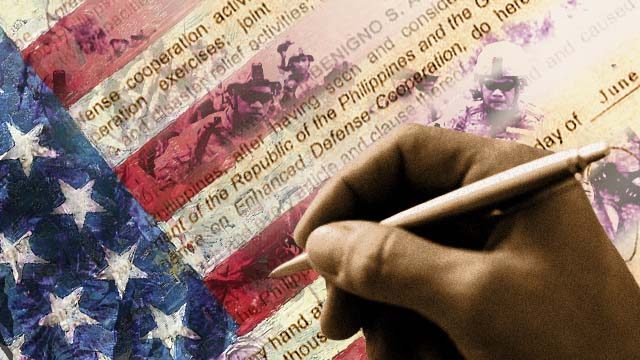 Facebook Twitter Copy URL
Copied
President Duterte said in Bacolod that EDCA was 'only signed by an aide and [former defense chief Voltaire] Gazmin.' Did the President get his facts right?

MANILA, Philippines – In his continuing spat with the United States, President Rodrigo Duterte has threatened to kick American forces out of the Philippines should the military agreement between their two countries prove invalid.

The Enhanced Defense Cooperation Agreement (EDCA) between the Philippines and the US that was signed in 2014 does not have the signature of then President Benigno Aquino III, Duterte said on Sunday, October 2. (READ: Duterte puts EDCA under review, threatens to cut US ties)

In a speech in Bacolod City, Duterte said the document was signed on behalf of the Philippines only by then-Defense Secretary Voltaire Gazmin. It was meant to allow US soldiers to preposition assets inside military bases across the Philippines. The agreement was declared constitutional by the Philippine Supreme Court.

“May I remind the Americans, itong (this) EDCA, it is an official document but it’s only signed by an aide and Gazmin. It does not bear the signature of the President of the Republic of the Philippines, Aquino. Walang pirma si Aquino (Aquino has no signature),” Duterte said.

“After review of that document and if I find that there is no signature…. If you cannot produce a signature bearing the permit to conduct… war games…” he added.

The Instrument of Ratification might help settle the issue for President Duterte. 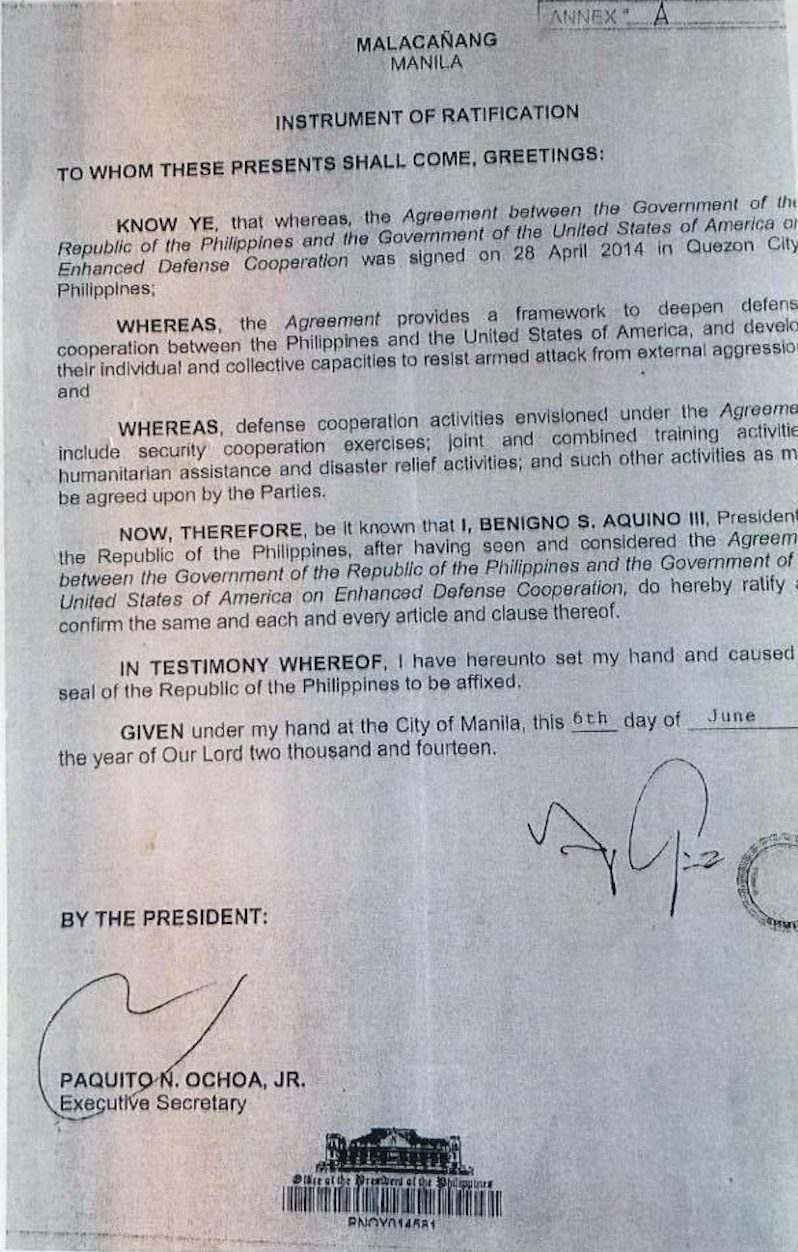 Dated June 6, 2014, it bears President Aquino’s name, ratifying and confirming the articles and clauses of EDCA “after having seen and considered the agreement between the Government of the Republic of the Philippines and the Government of the United States of America on Enhanced Defense Cooperation.”

It is signed by Gazmin and then-Executive Secretary Paquito Ochoa Jr on behalf of President Aquino.

It says among the “defense cooperation activities” envisioned under EDCA are “security cooperation exercises” and “combined training activities.” They are meant to help strengthen the two countries’ “individual and collective capacities to resist armed attacks from external aggressions.”

The executive secretary is not a mere “aide.” The Administrative Code of 1987 mandates him or her to attest to presidential issuances, assist the President in managing the affairs of the state, and perform other official functions. – Miriam Grace A. Go/Rappler.com