‘Worst airport’ no more? What changed in NAIA in first 100 days 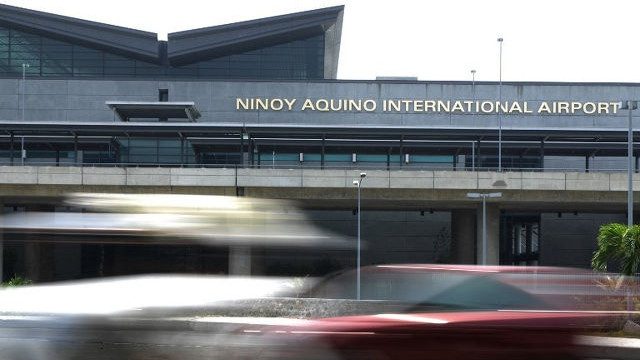 MANILA, Philippines – Has change finally come to what was once considered the world’s worst airport?

Filipino travelers have long had to deal with a myriad of problems at the Ninoy Aquino International Airport (NAIA), the Philippines’ premier airport and gateway to the capital.

Passengers have become used to doing a lot of waiting: for check-in counters to open, for flights that usually get delayed, for their luggage to appear on the baggage carousel.

Getting home can be another stressful experience, as passengers have to queue up for a cab while dodging offers for a ride home at grossly inflated rates.

From 2011 to 2013, NAIA was named the world’s worst airport. Last year, the airport made international headlines when reports surfaced of a new scam targeting passengers: the laglag-bala or bullet-planting scam, where bullets would be planted inside unsuspecting passengers’ bags in an attempt to extort money from them.

The scam had been an international embarrassment for the Philippines, and another black eye to NAIA’s reputation. But in recent months, passengers have been taking to social media to talk about the airport – but this time, with praise instead of criticism. (READ: DOTr’s 1st 100 days hits and misses: NAIA, EDSA traffic, MRT3)

Among netizens, the common sentiment was happy surprise. They reported a smooth and fast experience throughout the entire process: from landing at the airport, to retrieving their bags, even to getting a ride home.

“The place no longer reeked of ‘den of thieves.’ No one was making parinig about lagay (comments about bribes) nor did I feel that I was prey in a lion’s lair about to be eaten up alive,” wrote Lorraine Badoy in a Facebook post.

“Everything felt so light. The way I feel when I am in an airport of a country that I envied. Hindi buwis-buhay (It’s not life-threatening),” she added.

While some noted the cosmetic changes in NAIA’s Terminal 1, this was actually accomplished during the previous administration; the P1.3-billion rehabilitation began in January 2014 and was completed late 2015.

For the first time in 30 years, the country’s oldest airport terminal underwent a makeover, with better lighting, renovated toilets, and refurbished interiors.

When new transportation chief Arthur Tugade assumed office in July, his first project was to maintain cleaner toilets by letting local airlines maintain the 121 toilet facilities at the airport.

He also promised faster Wi-Fi at the airport during the first 100 days of the new administration.

But aside from makeovers and providing added services to passengers, airport authorities were faced with the challenge of scrapping the “worst airport” tag by improving services at the basic level.

Some of these services aren’t even exclusively under the mandate of the Manila International Airport Authority (MIAA). For instance, complaints about unmanned immigration booths and customs procedures don’t fall under MIAA’s authority.

But for MIAA General Manager Ed Monreal, a former airline manager, it’s also part of his job to work well with other agencies to ensure that passenger experience would go smoothly at every stage of their journey.

“They report administratively to different branches of government, but at the end of the day, if they’re working at the airport, it’s some sort of initiative of the [general manager] to make sure that the relationship is okay so you achieve the best things in the best interests of the public,” he said.

“When I assumed office, I knocked on their doors and asked them to cooperate and help us improve services….It’s just a matter of having good relationship,” he added.

Monreal is also sensitive to sentiments on social media. After seeing complaints on limited supply of taxis for passengers, Monreal allowed regular white metered taxis to pick up passengers at all terminals of the airport.

Unlike the yellow accredited cabs, airport authorities have limited control over the regular taxis. To help protect passengers, Monreal said riders are issued a slip of paper with the driver’s name, the vehicle’s plate number, and emergency contact numbers.

As an additional transportation option, the airport’s premium bus service – introduced in February 2016 – saw its fleet upgraded and prices slashed to attract passengers.

What about the infamous bullet planting incidents? Since July, Monreal said there have been about 15 incidents recorded of passengers caught bringing in bullets. But unlike in the previously reported cases, the bullets were simply confiscated and the incident recorded, and the passengers allowed to depart.

But for some netizens, the biggest change in the airport came in the form of flights that departed and arrived on time. It’s a big challenge for NAIA, which sees hundreds of thousands of passengers every month in each of its 4 terminals.

*Total number of passengers from January to August 2016. Data from MIAA

What accounted for less delays? Airport authorities turned strict in implementing smoother flight schedules, making sure cleared flights leave on time, and removing unslotted flights that cause a domino effect of delays.

“We found out that there were [unslotted flights]. There were instances that they really were flying not on their approved slots, so there’s a log jam,” Monreal said.

“We don’t give them a parking bay and counters if they don’t have approved slots,” he added.

Flights that ask for clearance should also depart within 5 minutes, or else they will have to return to the back of the queue.

The MIAA also limited operations of private aircraft and non-scheduled operators, barring them from operating between noon to 7 pm.

Flight diversions are also expected to be reduced with the arrival last week of the spare parts for the airport’s Instrument Landing System (ILS), a crucial system which helps aircraft land safely even in bad weather conditions.

MIAA said they are still working on projects to improve the use of the airport’s runways, such as the construction of rapid-exit taxiways. There are also plans underway to retrofit Terminal 2 and procure more surveillance equipment.

The next challenge now for MIAA is to prepare for the upcoming peak season and build on their gains.