Which information from Matobato does Lascañas corroborate? 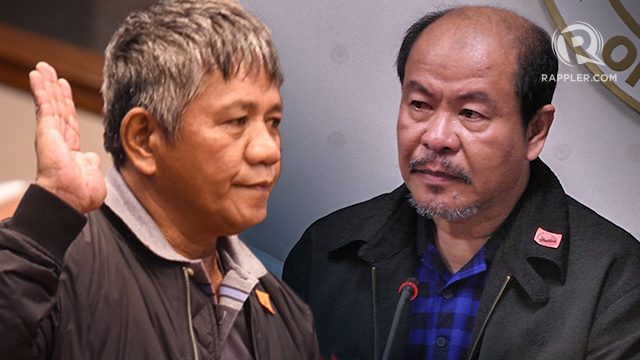 MANILA, Philippines – Less than 4 months after denying the existence and his involvement with the Davao Death Squad (DDS), retired SPO3 Arturo “Arthur” Lascañas on Monday, February 20, changed his tune.

In a press conference organized by Senator Antonio Trillanes IV and the Free Legal Assistance Group (FLAG), the veteran Davao policeman retracted his testimony before the Senate in October 2016 and tagged President Rodrigo Duterte as being behind the killings carried out by the known vigilante group during his term as mayor.

Matobato, during the Senate committee hearing, enumerated at least 13 killings that were attributable to the DDS, Duterte, and his son, Davao Vice Mayor Paolo Duterte.

Which details first exposed by Matobato did Lascañas confirm?

Death of broadcaster Jun Pala in 2003

In a press conference on May 31, Duterte said that journalists are legitimate targets of assassination “if you’re a son of a bitch” and one of these targets “who deserved it” was the late broadcaster Juan “Jun” Pala.

On September 6, 2003, while returning home from a friend’s house, Pala was killed by unknown gunmen onboard a motorcycle. He was pronounced dead on arrival at the San Pedro Hospital with 9 gunshot wounds on his chest and head. (READ: Duterte’s ‘enemy’: Jun Pala)

Thirteen years later, no person has been indicted or convicted for his death.

However, if the confessions made by Matobato and Lascañas are to be believed, Duterte had a hand in the death of his long-time critic and former friend who often introduced himself as someone “who remains the voice of democracy in (Mayor Rodrigo) Duterte’s reign of terror” before greeting the audience, “maayong buntag (good morning)” in his radio show.

According to Lascañas, he accepted the contract to kill Pala from Duterte’s driver/bodyguard, Sonny Buenaventura. He was offered P3 million as a reward and spent P500,000 for operational funds.

It was Pala’s part-time bodyguard, Jerry Trocio, Lascañas said, who tipped the group about the whereabouts of Pala. The broadcaster was known to have previously survived two ambush attempts.

The revelation about Pala’s fatal ambush was close to Matobato’s testimony.

During the Senate hearing and in his affidavit filed at the National Bureau of Investigation (NBI), he claimed that Duterte’s “right hand man” Lascañas, was the one who got the contract and who made arrangements with the “operation team” which was composed of 5 people.

Why was Pala ordered killed? According to Matobato, Duterte was fed up with the broadcaster’s non-stop attacks against him in his radio shows.

Aside from Pala, the retired policeman whom Matobato identified as “one of the most powerful” in Davao City also narrated his and Duterte’s involvement in the murder of religious leader Jun Barsabal. (READ: Ex Davao cop: ‘Sabi ni mayor Rody, patayin nyo na ‘yan‘)

In an interview with Rappler, Matobato recalled how the DDS got rid of Barsabal who led the Remnant Family of God. His men, he said, made a living from squatting on land.

His death was allegedly funded by 4 mayors, including Duterte. DDS members assigned to the job cornered the religious leader in Samal Island.

After putting up a fight, Matobato claimed that Barsabal was brought to the Matina golf course area where Duterte allegedly repeatedly hit him with a golf club. He was then brutally killed and his body chopped up at Ma-a before he was buried.

Lascañas, during the press conference at the Senate, confirmed Barsabal’s death and the DDS’ involvement in it. He recalled Duterte addressing them.

However, unlike Matobato’s statement that Barsabal was buried, Lascañas said that his body was thrown out and was found in Compostela Valley. (READ: Ex-Davao cop: ‘Sabi ni mayor Rody, patayin niyo na ‘yan’)

He also said that the Commission on Human Rights (CHR) investigated him and other Davao cops in relation to the murder of Barsabal. Duterte, however, assured them that he would take care of them.

Lascañas also confessed that he was part of the group that bombed a mosque in 1993. He previously denied his involvement.

He added that the death squad was divided into 3 groups, with his group assigned to a mosque along the diversion road in Davao City.

It was done upon the orders of Duterte, he said during the Senate hearing in September 2016: “Umorder si Duterte na massacre-in ‘yung mosque ng mga Muslim (Duterte issued the order to destroy the mosque of the Muslims).”

Matobato added that the group allegedly behind the bombing of the cathedral identified in news reports as was ordered killed by Duterte. They were allegedly butied at a quarry.

According to several news reports, the San Pedro Cathedral bombing occurred during a December Mass in 1993 and it left at least 6 dead and injuring at least 130. A quick look at the history of bombings in Davao City showed that the mosque bombing happened 8 hours after the cathedral bombing.

Matobato’s claim regarding the fate of catheral bombing suspects differ from news reports. A 1995 news report by the Union of Catholic Asian News (UCAN) said the alleged mastermind Sahib Ponso – identified as an “urban terrorist force leader of Abu Sayyaf” – was arrested in September two years after the cathedral bombing.

More confessions in the future?

At least two individuals already came forward and confessed they are former members of the notorious vigilante group that was supposedly behind at least 206 deaths from 2005 to 2009.

In its resolution in 2012, CHR said there is “probable cause” and urged the Office of the Ombudsman to investigate the “possible administrative and criminal liability” of Duterte in relation to the numerous killings under his watch as Davao City mayor

But in a letter obtained by Rappler addressed to the CHR in January 2016, the Office of the Ombudsman said that the DDS investigations have been “closed and terminated.”

The final disposition, as approved by the Overall Deputy Ombudsman Melchor Arthur H. Carandang, said that “no evidence was gathered to support the killings attributed or attributable to the DDS”, adding that allegations remain as “chismis and other gossips.” (READ: Davao Death Squad: What ever happened to the investigations?)

Lascañas listed two deaths that matched with the testimonies of Matobato back in September 2016.

According to FLAG, the next time Lascañas will speak will be under oath. – Rappler.com

This story will be updated once SPO3 Arturo “Arthur” Lascañas provides more details.