Is Yasay the first appointee to be rejected by the CA? 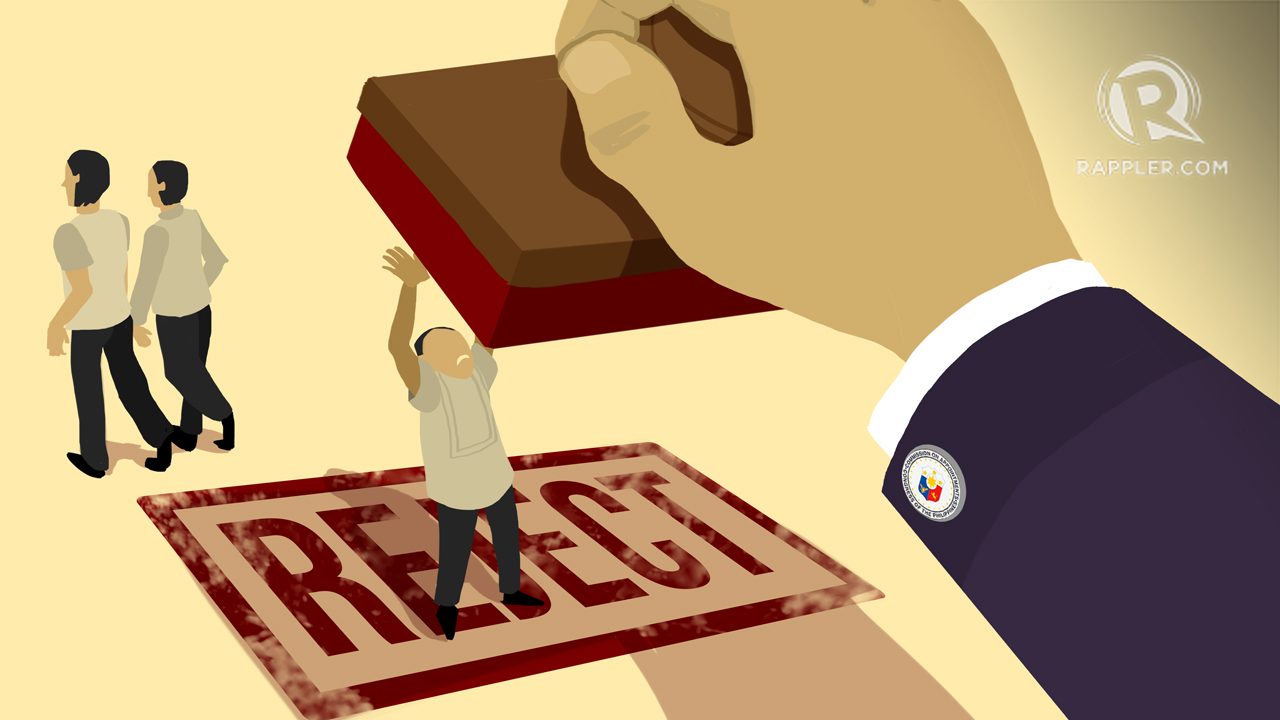 MANILA, Philippines – The Commission on Appointments (CA) unanimously rejected the ad interim appointment of Foreign Affairs Secretary Perfecto Yasay Jr – one of the rare cases that the body tasked to screen the President’s men and women has rejected an appointee.

On Wednesday, March 8, Yasay failed to get the CA’s nod after he flip-flopped on his United States citizenship, initially saying he did not own any US passport then admitting the opposite days later. (READ: TIMELINE: When Foreign Secretary Yasay was a foreigner)

Rejection of a presidential appointee by the CA is rare in Philippine history. Once rejected by the CA, an appointee cannot be reappointed, unlike when the body bypasses an appointment. (READ: To fix or to scrap the confirmation system?)

As it turns out, Yasay is not the first to be rejected by the CA. Here are other previous appointments that the CA had nixed.

In 2009, the CA rejected the appointment of former journalist Ricardo Saludo, who had been tapped by former president Gloria Macapagal-Arroyo to head the CSC in early 2008.

Plaza said the CSC, as a quasi-judicial body, needed to have a lawyer as its head.

But Saludo’s predecessors, Karina David and Patricia Santo Tomas, were also not lawyers. Neither was his successor, doctor Francisco Duque, whom Plaza recommended after a swift hearing in 2010.

Saludo believes that a factor behind his rejection was his refusal to meet with CA members about CSC cases.

In 1993, during the administration of President Fidel V. Ramos, the CA rejected Ramon del Rosario Jr as finance secretary because of an alleged conflict of interest in relation to his ties with San Miguel Corporation and his failure to properly divest assets.

But Del Rosario, now chief executive officer of Phinma Corporation, believes that tycoon Lucio Tan may have had a hand in his rejection.

He said than Tan lobbied legislators against him for plugging loopholes in tax collection that disadvantaged Tan’s Fortune Tobacco. – Katerina Francisco and Michael Bueza/Rappler.com