What Duterte disclosed in his 2016 SALN

Mar 16, 2017 12:57 PM PHT
Katerina Francisco
Facebook Twitter Copy URL
Copied
In the first impeachment complaint filed against President Duterte, he is accused of having hundreds of millions stashed in bank accounts, allegedly undeclared in his SALNs 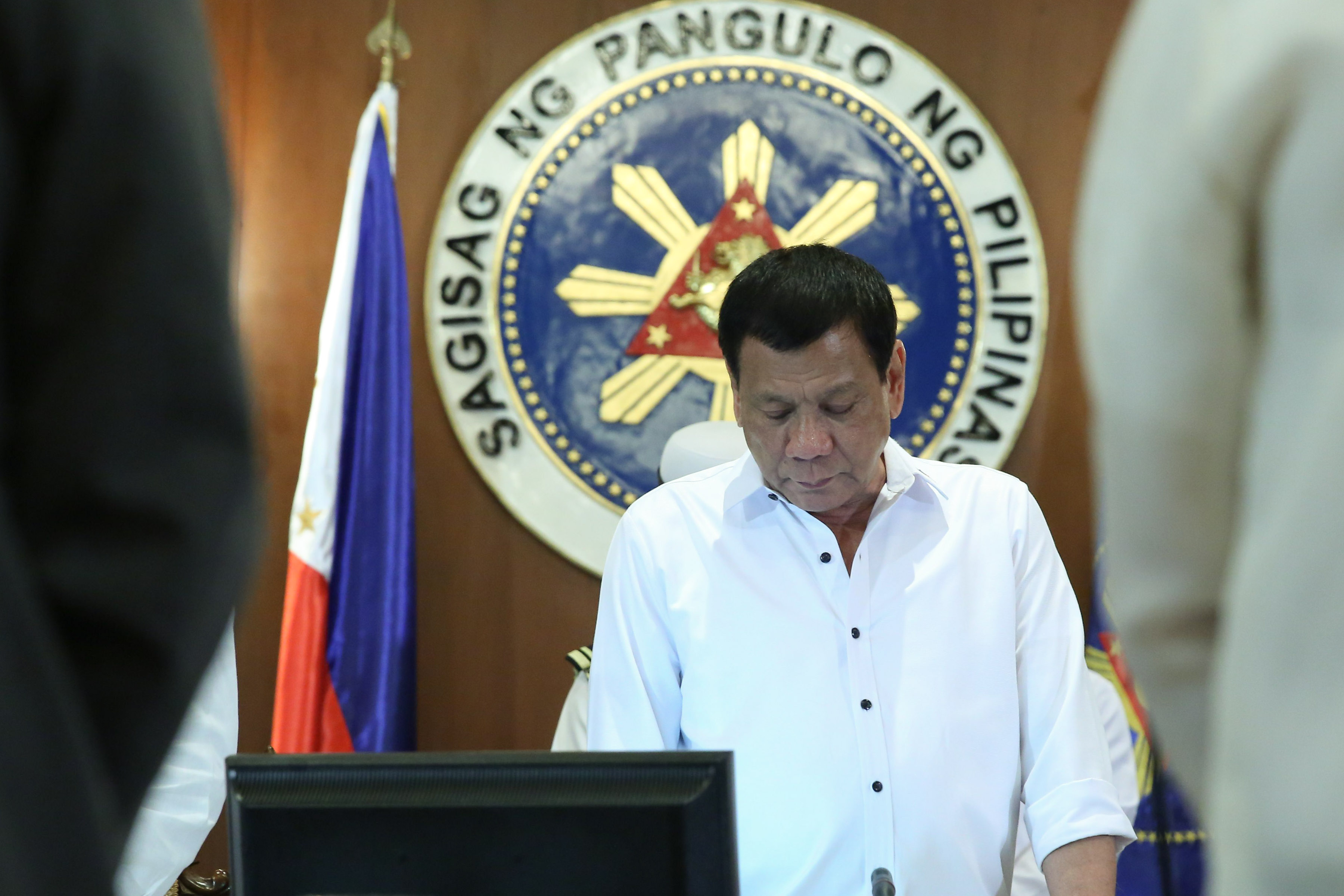 Duterte is accused of culpable violation of the Constituton, engaging in bribery, betraying public trust, committing graft and corruption, and other high crimes. (READ: Highlights: Impeachment complaint vs Duterte)

The complaint cited by Magdalo Representative Gary Alejano cited Duterte’s alleged unexplained wealth, among others. This was the same allegation made by Senator Antonio Trillanes IV back in April 2016, when he claimed that Duterte, then the frontrunner in the presidential race, had at least P2.4 billion stashed in bank accounts which he did not declare in his Statement of Assets, Liabilities, and Net Worth (SALN).

Among his assets, the biggest chunk is “cash on hand/bank,” amounting to P15.31 million, followed by “investments” acquired during various years worth P3.9 million.

Duterte also listed 9 real properties in Davao City, with a combined worth of P1.41 million. There are 5 real properties – 3 residential and 2 agricultural lots – under the name of his daughter, Veronica Duterte, a minor. A note below the list says that the P3.08-million worth of real properties were “purchased through the exclusive funds of the mother, Cielito S. Avanceña.”

Earlier this week, Duterte also said that he had been given a luxury car as a gift, but added there was no need to declare it in his SALN because it was not yet registered under his name, and that he had refused to accept it.

Trillanes alleged that Duterte and daughter Sara had joint accounts at the Bank of the Philippine Islands (BPI) branches on Julia Vargas Avenue in Pasig City and EDSA Greenhills, and at the Banco de Oro Unibank-1 in Davao City.

Transactions amounting to P2.41 billion were supposedly found under these accounts from 2006 to 2015.

Duterte’s SALNs from 2006 to 2015, however, had figures far from the billions claimed by Trillanes:

In February 2017, Trillanes again revived the issue, this time also providing supposed transaction records of bank accounts owned by Duterte, his 3 adult children, and his common-law wife, Honeylet Avanceña, from 2006 to 2015.

The senator said he has already written to the Anti-Money Laundering Council (AMLC) to “request for a list of all flagged/reported bank transactions of President Rodrigo Roa Duterte from 2006 onwards, after the latter said in a speech that he has directed the AMLC to release his bank transaction.” – Rappler.com