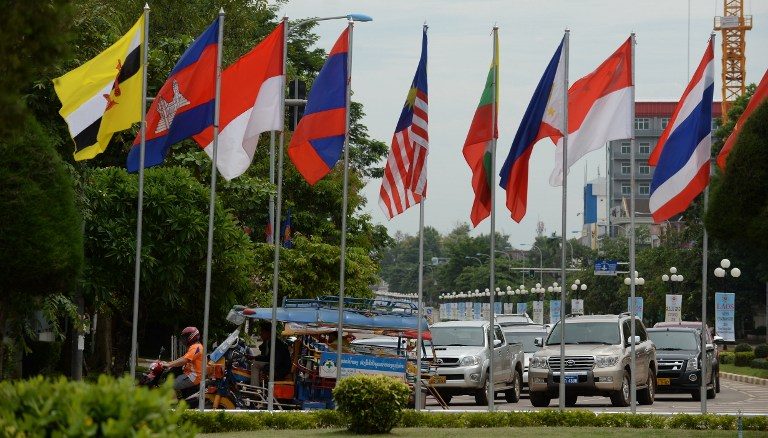 Facebook Twitter Copy URL
Copied
Buses, trains, tricycles, tuk-tuks: how do people get around in the 10 countries that make up ASEAN?

MANILA, Philippines – If you think Manila’s trains and buses are the worst, wait until you see how it goes for other countries.

Southeast Asian countries remain underdeveloped in infrastructure, particularly in transport, based on the findings of an international economic organization.

In the 2016-2017 Global Competitiveness Report of the World Economic Forum (WEF), the Philippines joins other member-countries of the Association of Southeast Asian Nations (ASEAN) in the bottom half of nations with extensive, efficient, and developed transport infrastructure in the world.

ASEAN countries have yet to complete the necessary upgrades in their transport systems, with an infrastructure network that remains largely inadequate for the region, which spans a total land area of 4,488,839 sq.km.

Only Singapore and Malaysia proved dominant in the region when it comes to infrastructure, standing at the 2nd and the 24th spot respectively.

A total of 138 countries were assessed for the 2016-2017 report. Myanmar and several others were not included in the latest report.

The WEF report ranked countries based on a 1-7 scoring system, with 7 being the highest. Singapore is known for its extensive train system. The city-state has 5 operational metro rail transit (MRT) and 3 light rail transit (LRT) train lines, while a sixth MRT line, the Thomson East Coast Line, is expected to open in 2019. The East-West and Downtown MRT lines are undergoing expansion.

Both LRT and MRT systems have an estimated 146 stations in total, with stored-value cards usable for trains and buses alike.

Transit buses are one of the common types of public transportation in Malaysia. As of 2015, a Bus Network Revamp (BNR) and bus rapid transit (BRT) system are the current models to address problems in the bus industry.

In the capital Kuala Lumpur, there are 9 train lines around the city. These lines intersect in a transport hub called Kuala Lumpur Sentral (KL Sentral) and extend even to the Kuala Lumpur International Airport (KLIA).

There are two government-owned companies operating train services. There is also an intercity railroad system in KL Sentral that extends to Bangkok, Thailand up north and to Singapore down south.

Indonesia has an extensive national network of railway systems, making it easy to access far-reaching areas and connect to Jakarta, Java, Surabaya, and Bali.

The capital Jakarta has 6 train lines with 84 stations. These railways intertwine at Jakarta and stretches out to Bogor City, West Java, Tangerang City, and Bekasi City. The MRT is expected to open by 2019.

Their BRT system “Transjakarta” has 5 systematized areas of operation.

Ojeks, or motorcycle taxis, are the fastest local public vehicle available. Dokars are basically horse carriages and becaks are trishaws. Thailand has 4 main train lines, spanning across the country. Hua Lamphong Station in Bangkok is where all trains start operation. The Northern line stretches up to Chiang Mai. The Northeastern line ends at Nong Khai. The Southern line travels to the tip of Thailand near Malaysia in Su-ngai Kolok. The Eastern line reaches near Cambodia to Map Ta Phut. Sleeper trains are also available for overnight travels.

Both Skytrain and MRT have approximately 50 stations around Bangkok.

On the other side of the road, some of Bangkok’s buses run the night shift and follow an extensive route. They also follow the BRT model.

Hanoi launched a BRT system in December last year. The 14-kilometer bus service was meant to unclog the roads, but it struggled as bad driving habits, violation of rules, and lack of public knowledge hindered its development.

The small country of Brunei does not have a train system. It is still working on possible system designs to reduce car dependency. There are also no systematized taxi operations, since most locals own cars.

Six bus routes operate around the city, and operators rendezvous at the main bus station at Jalan Cator. 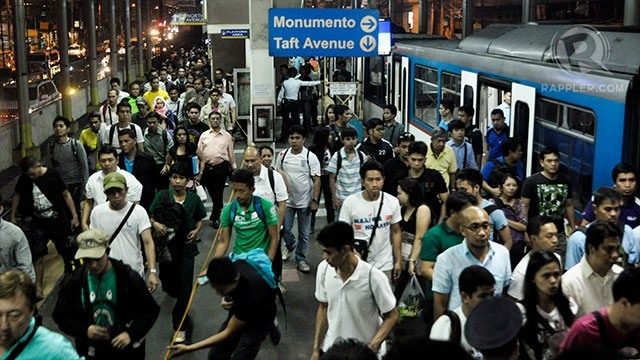 As an archipelagic country, travel around the different islands of the Philippines is covered by air and sea vessels. Inland, various motorized and non-motorized vehicles are common.

Jeepneys are the most ubiquitous form of public vehicle used in the capital Manila and other places around the country.

Currently, only Manila has a train system. It has 4 operational train lines: the LRT Lines 1 and 2, the MRT3, and the Philippine National Railways (PNR).

LRT Lines 1 and 2 have a total of 33 stations, covering an estimated distance of 30 kilometers in the National Capital Region. Meanwhile, MRT3 spans at least 16 kilometers with over 13 stations from Pasay City to Quezon City.

But the current train system is inadequate to ferry the 12 million daytime population of Metro Manila. Exacerbating this are the frequent technical glitches suffered by the train lines, and a lack of operational train coaches.

While the metropolis is waiting for the implementation of a BRT system, the current bus system is weakened by excessive bus franchises roaming around Manila who compete over a limited number of passengers. Cambodia has an underdeveloped railroad infrastructure. It was only in 2016 when the country resumed railroad operations from the capital Phnom Penh to Sihanoukville province after a 14-year hiatus. Four stations are established on this line.

Another line is expected to start operations this year, connecting Phnom Penh to the north in Poipet City with 3 other stations in between. It is also undergoing expansion to Battambang City. The two lines measure approximately 600 kilometers.

Phnom Penh compensates with a well-organized bus system. Recently established in 2014, the Siem Reap BRT runs on 3 lines that stop by the Night Market and the Phnom Penh International Airport.

Laos has no railway system aside from Thailand’s extension of its Northeastern line from Nong Khai to Vientiane City.

The buses in Vientiane are not too extensive or organized like other BRT systems. They travel to the suburbia and to the city, and 3 bus stations operate to the north, south, and provinces near Nong Khai. Tuk tuks are also an option.

The country has an expanding national railway system which begins at Yangon and generally stretches north to Mandalay City and to Dawei City down south. A station stops by the capital city Naypyidaw, while other lines branch out to east and west.

Naypyidaw’s bus services extend to Mandalay and Yangon, too. But Yangon recently devised a BRT system in February 2016. – Timothy Gucilatar/Rappler.com