The unsung heroes who fought for Philippine independence 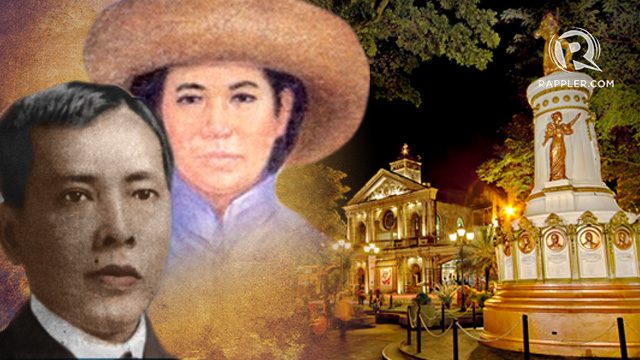 FILIPINO HEROES. Mariano Trias, Trinidad Tecson, and the 15 Bicol martyrs are among the valiant Filipinos to whom we owe our independence today.

MANILA, Philippines – The Philippines marks its independence day on June 12 and we commemorate today our ancestors who struggled to put an end to our colonization.

Aside from the well-known heroes Rizal, Bonifacio, Jacinto, and Mabini, there are countless other Filipinos who bravely stood in the face of death in the name of the country. Here are just a few of them:

Also known as “Ina ng Biak-na-Bato” (Mother of Biak-na-Bato), Trinidad Tecson is the first Filipina to take part in Sanduguan or sacred blood compact. She fought alongside Katipuneros, seizing firearms in Caloocan and braving 12 battles with fellow revolutionaries. During the Revolution, she also organized a group of women who nursed injured Filipino soldiers. Trinidad Tecson is proof that in times of war, women are as fierce as they are caring on and off the battlefield.

If there is any group who successfully pushed the Spaniards away, it would be the Moro people of Mindanao. Rajah Buisan, Sultan of Maguindanao and commander in the third stage of the Moro wars, is most known for his speech at Dulag, Leyte where he called to action the datus of Leyte to face the Spaniards head on. Together with his allies and comrades, Rajah Buisan successfully launched an invasion in Central Visayas.

Mariano Trias is considered the first de facto Vice President of the Philippines, elected during the Assembly at Tejeros. He also served as the Minister of War during the Revolutionary Government. He led the first uprising in Cavite, as well as several other attacks against Spanish forces in Laguna. A patriot and propagandist, Mariano Trias bravely defended Katipunan ideals in the towns of Kawit and Silang.

Collectively known as the 15 Bicolano Martyrs, these ilustrados, businessmen, priests, and officials were sentenced to death for actively fighting against the Spaniards in the 1896 Revolution. Of the 15, Leon Hernandez died from torture, Ramon Abella and Mariano Arana were exiled to West Africa, and Mariano Ordenanza was imprisoned in Bilibid. The remaining 11 were executed in Bagumbayan on January 4, 1897. The families of the 11 who perished were instructed to immediately bury their dead to avoid any sympathy coming from the public.

In what is now known as the Igorot Revolt of 1601, the natives of Luzon fiercely refused to accept Christianity and conversion under Spanish rule. Though the Spaniards attempted to quell the revolt by sending an expedition to Cordillera, they were ultimately unable to achieve substantial control over the Igorots.

As we celebrate our 119th year of independence, let us remember and honor the sacrifices of every Filipino who fought for the freedom we enjoy today. – Gari A. Acolola/Rappler.com

Gari Acolola is a Rappler intern