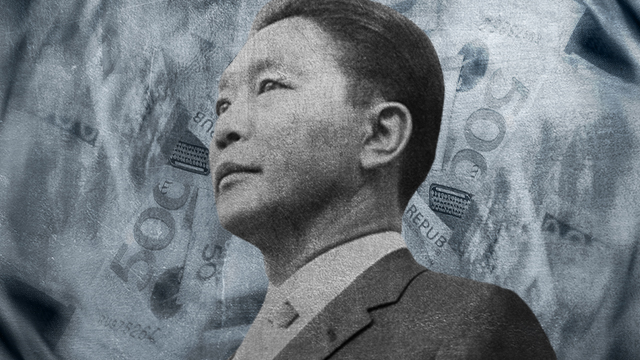 MANILA, Philippines – The Presidential Commission on Good Government (PCGG) is in the spotlight once again after the administration of President Rodrigo Duterte revealed on Wednesday, July 26, a plan to abolish it .

It sparked several debates online over the motive behind the decision considering the rather indiscreet steps being taken toward what appears like the political rehabilitation of the Marcos family.

What is the PCGG all about and why is it in the news again? Here’s what you need to know.

Why is the PCGG important?

It’s important because it is the body created by former president Corazon Aquino to go after the ill-gotten wealth of the late dictator Ferdinand Marcos, his family, and his cronies.

The Marcos regime, which spanned over 20 years, was tainted with human rights violations and widespread corruption which left the country in debt and poverty.

Transparency International estimates that Marcos embezzled from $5 billion (P231.8 billion) to $10 billion (P464 billion) from 1972 to 1986 through shell corporations, real estate properties, and money in numerous offshore banks. (READ: Offshore to online: How money was laundered in the past)

Now, the PCGG is working to get the money back to the government.

What are the criticisms against the PCGG?

Criticism against the PCGG is not unique to the Duterte administration.

Years after it was established in 1986, several government officials under various presidents have hit the Commission for not performing well, taking too long to recover the illegal wealth of the Marcoses and for being the breeding ground of, ironically, corruption. (READ: Search for Marcos’ wealth: Compromising with cronies) 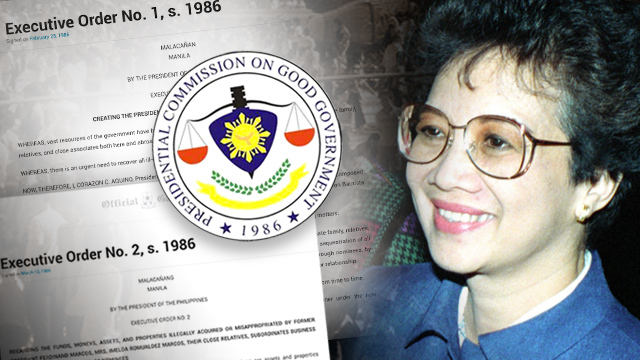 What delays the recovery of ill-gotten wealth?

The delays in the PCGG are caused by several factors. (READ: Recovering Marcos’ ill-gotten wealth: After 30 years, what?)

In 2016, the Commission attributed the delays to the “slow grind of the justice system, coupled by dilatory tactics employed by the defendants,” specifically the Marcoses.

For example, in 2016, the PCGG said that they are “actively litigating and are represented by their lawyers” in the Sandiganbayan and Supreme Court cases involving ill-gotten wealth. (READ: Marcos Jr barred return of stolen P1.9 billion)

Former PCGG chief Ruben Carranza, in a Newsbreak report in 2002, also said the delays were because “of the inherent difficulty in litigating them, the bureaucracy, the changes in administration, plus of course the fact that you don’t have enough full-time lawyers passionate about what they’re doing to handle these cases.”

Is it the first time for the PCGG to be threatened with abolition?

No, it’s not the first time that a plan to end the 3-decade run of the PCGG was floated. (READ: Duterte gov’t not first to propose end of PCGG)

In fact, government officials have expressed the desire to abolish it. These politicians include senators Aquilino “Nene” Pimentel Jr and Sergio Osmeña II, and even former president Benigno Aquino III’s appointed PCGG chief (and now Commission on Elections chairperson) Andres Bautista, among others.

How can they abolish the PCGG?

The PCGG can only be dismantled if legislation is filed, passed, and signed by the president.

In previous administrations since 1998, there has been at least one bill filed seeking to abolish the PCGG. They, however, never passed the committee level.

Under the Duterte administration, Budget Secretary Benjamin Diokno said that the possible dissolution can happen with the passage of the Rightsizing the National Government Act of 2017.

Another proposal, through a bill filed by House Speaker Pantaleon Alvarez in March 2017, seeks to expand the function of the Office of the Solicitor General to include the responsibilities of the PCGG.

This would mean that all the powers and responsibilities of recovering the ill-gotten wealth would be transferred to Solicitor General Jose Calida, a Marcos supporter, which raised some concern among advocates. Yet Calida said his leanings during the campaign season will not affect his work. – Rappler.com