EXPLAINER: Not all projects are eligible for a Swiss challenge

Jan 30, 2018 7:36 PM PHT
Chrisee Dela Paz
Facebook Twitter Copy URL
Copied
The Philippine president prefers a Swiss challenge for government projects, but the law says not all deals are eligible for that mode of implementation 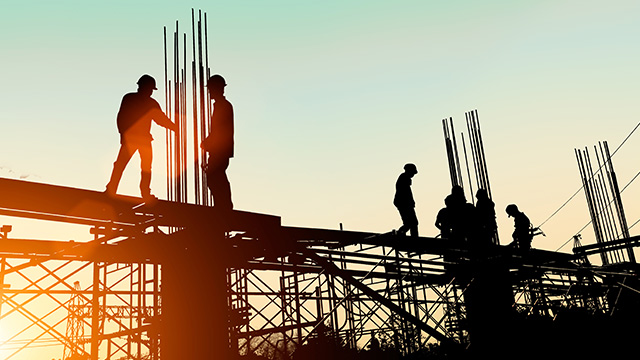 MANILA, Philippines – President Rodrigo Duterte wants to get rid of public bidding in implementing big-ticket projects, and instead apply a Swiss challenge, to help eliminate corruption in government.

But under the country’s build-operate-transfer (BOT) and procurement laws, not all projects can be implemented via Swiss challenge – the course the government takes when dealing with unsolicited proposals. This is when the government invites private groups to make competing offers, while giving the original proponent the right to match them.

“Swiss challenge is allowed under the BOT Law, in the case of an unsolicited proposal. It is, however, not allowed under the Government Procurement Act,” Rene Santiago, a transportation expert and president of Bellwether Advisory Services, told Rappler in an e-mail correspondence.

According to Republic Act 7718, or the Philippine BOT Law and its implementing rules and regulations, infrastructure projects listed as “priority” by the government “shall not be accepted or eligible as an unsolicited proposal unless it involves a new concept or technology.”

The law also says that all unsolicited proposals shall have “no direct government guarantee, subsidy or equity.” (READ: A long, winding road for better Metro Manila transport)

Under the BOT Law, these big-ticket infrastructure deals cannot be treated as unsolicited proposals and subjected to Swiss challenge, unless they involve a new concept or technology. 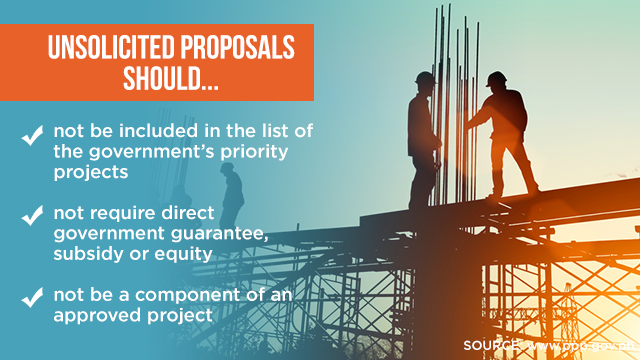 National projects that are part of a government agency’s development program and which cost up to P300 million need the approval of the NEDA-Investment Coordination Committee (ICC), while those amounting to over P300 million need the NEDA Board’s green light upon the recommendation of NEDA-ICC, says the BOT Law.

Upon recommendation by the NEDA-ICC, regardless of amount, negotiated national projects will need the NEDA Board for approval to push through with construction.

Meanwhile, unsolicited proposals, or projects that are offered by the private sector, can only move forward if financial, technical, and legal requirements are met by the original proponent.

Once the requirements are met, the government can push through with a Swiss challenge, inviting other parties to submit rival bids to top that of the original proposal.

Under the BOT Law, solicited proposals usually take 20 months and 21 days from project preparation to implementation; while unsolicited projects take 11 months and 5 days on average.

But for Santiago, “all unsolicited projects in the Philippines incurred long delays.”

For instance, Metro Pacific submitted a formal proposal to the government to build NLEX-SLEX Connector Road in 2012. The government took them about 3 years to decide on it.

It was just in December 2015 when the former NEDA Board authorized the Department of Public Works and Highways (DPWH) to subject Metro Pacific’s proposal to a Swiss challenge. (READ: Metro Pacific unit to borrow P36 billion for 2 new toll roads)

The Metro Pacific group targets starting the construction of the P23.3-billion connector road deal only in the 1st quarter of 2018, as indicated in the DPWH official website.

In the case of MRT7, it took over 7 years for SMC-backed Universal LRT Corporation Limited to start construction after bagging the deal in 2008. This was due to delays in financial closure and a change in the terms of the deal, which included the location of the proposed common station on EDSA.

MRT7 involves the construction of a 22.8-kilometer rail-transit system that will operate 108 rail cars in a 3-car train configuration, with a daily passenger capacity ranging from 448,000 to 850,000.

Back in 1997, the administration of former president Fidel Ramos awarded the NAIA Terminal 3 contract to the group of Piatco and German firm Fraport.

Former president Gloria Macapagal-Arroyo, however, declared it null and void in 2002 because of alleged irregularities.

The opening of the terminal dragged on for years after the Philippine government and Piatco engaged in a legal battle over the airport terminal project.

Presidential Spokesperson Harry Roque, meanwhile, defended the position of the President in getting rid of public bidding in “big-ticket” projects, saying his experience as a mayor for almost 3 decades made him realize that there is no “honest-to-goodness” bidding.

“Let’s just say the President has had it with continuous corruption in government contracts,” Roque said in a press briefing televised from Iloilo City on Sunday. The Government Procurement Act, however, is clear about what isn’t allowed. – Rappler.com