Why campus journalists should go beyond classrooms 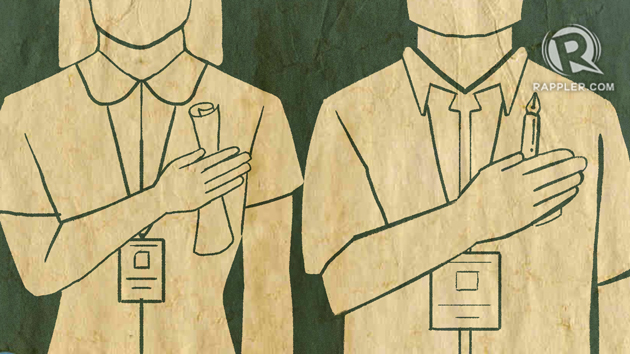 MANILA, Philippines – One can no longer belittle the role of the campus press in the bigger fight to preserve democracy in the Philippines.

University of the Philippines journalism professor Danilo Arao said that, like mainstream media, campus publications also help shape public opinion by providing relevant information. Aside from keeping the student body up to date with relevant issues, the campus press plays a huge role in preserving freedom of speech and expression. This was most evident especially during Martial Law.

According to Arao, student-run publications should not be hindered from covering beyond the campus because there should be “no distinction between national and local/school issues because they are inter-related.”

“The national and local/school situations are therefore not mutually exclusive and there is no ‘balance” to strike,” he explained. “In discussing local/school issues, campus publications should relate them to what is happening community-wide or nationwide.”

In the course of history, several campus publications stayed true to this role. They’ve gone beyond the 4 walls of the classroom and often tackled the same issues hounding the Philippines.

Student publications have been around since the Philippines was placed under colonial rule – both during the Spanish and American periods. To understand the role of campus publications, one needs to be reminded of the oppressive systems Filipinos were subjected to.

The reality brought about by abusive leaderships led to students harnessing the power of the pen. Their move was similar to the actions taken by the likes of Marcelo del Pilar, Graciano Lopez Jaena, Jose Rizal, and other members of the Propaganda movement.

Meanwhile, before World War II, Arao explained that student publications also struggled to expose the ills of American occupation in the Philippines.

Initially starting out as “apolitical”, Arao said that CEGP eventually took on social causes a year later in 1932 when it opposed the salary increase of lawmakers then.

The guild eventually took on other issues such as the economic crises, corruption, and human rights violations. It also acknowledged the creation of the Kabataang Makabayan (KM) in 1964 in its transformation “from a traditional institution to a militant and democratic organization.” 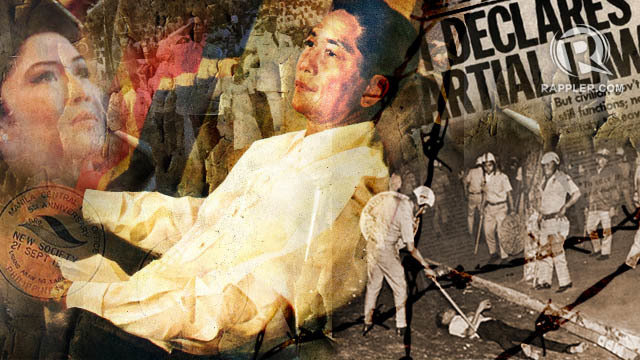 Student publications and journalists also became victims of the oppressive government of then president Ferdinand Marcos. They were among those subjected to state censorship following the release of Letter of Instruction No. 1 which ordered the “takeover and control” of all newspapers, magazines, and radio and television facilities.

In fact, the first female and student activist to die in detention during Martial Law was a campus journalist. Liliosa Hilao, who led Hasik of Pamantasan ng Lungsod ng Maynila, was arrested, tortured, and eventually killed in 1973. (READ: Gone too soon: 7 youth leaders killed under Martial Law)

Among those she penned were critical essays such as the “The vietnamization of the Philippines” and “Democracy is dead in the Philippines under Martial Law.”

Meanwhile, Abraham “Ditto” Sarmiento who, as editor-in-chief of the Philippine Collegian, led the early opposition among students against Martial Law. He was arrested in 1976 over an editorial he wrote which questioned the future of a Marcos dictatorship. In 1977, he died after his health deteriorated while he was incarcerated.

CEGP, on the other hand, was declared “illegal” during the first years of Martial Law like many progressive groups. In the early 1970s, several campus publications were “revived” but subjected to extreme state surveillance.

Yet this occasion paved the way for the campus press to become part of alternative media, according to Arao. In fact, several student journalists took part in the struggle against oppressive military rule. They were among those arrested over the pieces they wrote for their campus papers. (READ: From Marcos to Duterte: How media was attacked, threatened)

“Analyzing the history… [student publications] have functioned as ‘alternative media’ especially during the period of Martial Law,” he said. “We could say that the Martial Law period prompted student publications such as the Philippine Collegian and The Dawn [of the University of the East] to rise to the occasion.”

After the toppling of the dictatorship in 1987, campus publications remained steadfast in their coverage of various issues such as labor movements, the presence of US bases in the country, and poverty, among others.

As news editor of the Philippine Collegian during the late 1980s up to the early 1990s, Arao noticed that there was a demand for the publication “even outside the campus.”

“While students remained the primary audience, we would sometime distribute a few copies to striking workers so that they may be updated on feature articles that discuss labor issues,” he said. “There were also times when the editorials published in the Collegian would be reproduced as ‘wall news’ in other schools.” 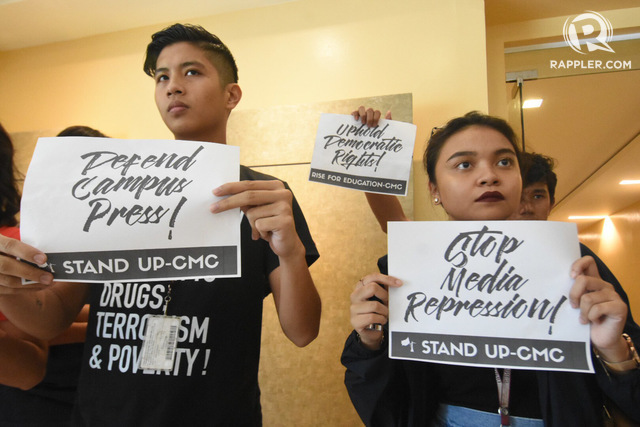 Arao said that many student publications since then have continued the tradition and the role of analyzing pressing social issues.

For example, members of CEGP, various school publications, and student journalism groups recently condemned recent actions of the government against the press, adding that press freedom is a pillar of democracy. They had previously also condemned human rights violations and other threats to democracy.

There are, however, still existing student publications that still fall short in tackling issues outside the campus. There are various reasons for this, including the “pressure” from school administrations thus undermining editorial independence.

The challenge now, according to Arao, is for student journalists to be properly trained not only on skills but also on the concept of journalism and its role in society and nation-building.

“They should know not just the ethical and professional standards but also the history of campus journalism in the Philippines,” he said.

“Only then can they realize the important role that they play not just in the school but also in society.” – Rappler.com