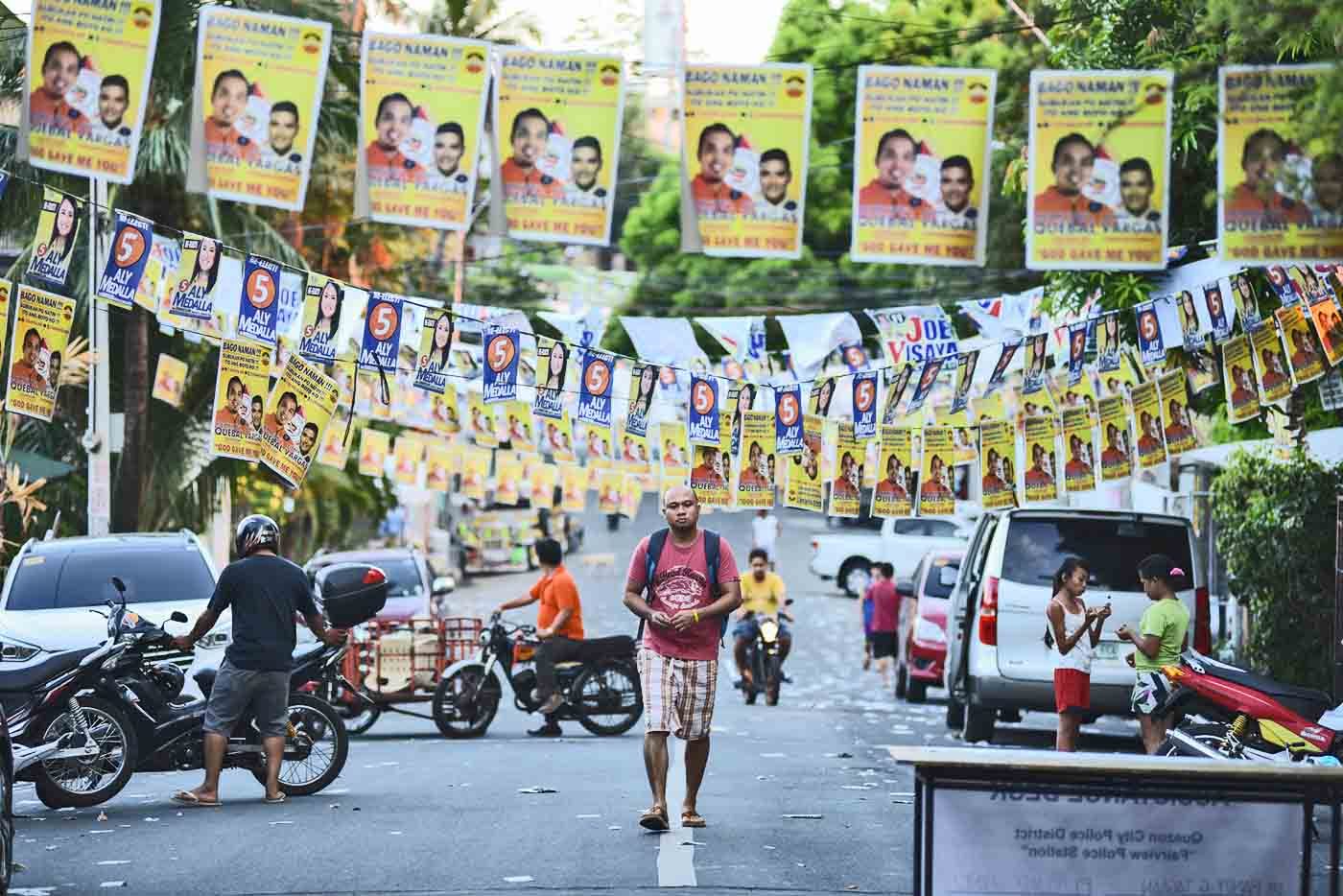 Voters will see and hear these again, as candidates in the barangay and Sangguniang Kabataan (SK) elections 2018 gear up for the campaign period, scheduled from May 4 to 12.

Aspiring barangay and SK officials will surely have their own tactics and gimmicks during the campaign period, but these would need to comply with the rules set by the Commission on Elections (Comelec).

The rules on campaign ads and materials are contained in Comelec Resolution Number 10294, in line with Republic Act 9006 or the Fair Elections Act.

Candidates can only spend P5 per registered voter in his or her barangay.

These materials can only be posted in common poster areas authorized by the Comelec or in public places as defined by the poll body. It may also be placed in private properties, but with the consent of property owners.

Lawful election propaganda, except for banners and streamers, may also be displayed in the candidates’ residences.

Comelec encourages candidates to use recyclable and environment-friendly materials. As such, the poll body requires candidates to indicate in their materials the phrase, “This material should be recycled.”

All election propaganda – whether printed, broadcast, or published – must:

These notices should be reasonably legible, readable, or audible. If two or more candidates are in a TV or radio ad, the length of time they appear or are mentioned in it will be counted against their airtime limits.

An appearance or guesting in a newscast, news interview, news documentary, or on-the-spot coverage of news events “shall not be deemed to be broadcast election propaganda” and thus will not be counted against their airtime limits. Comelec, however, instructs broadcast media entities to give prior notice – or within 24 hours after first broadcast – on such items.

The maximum sizes of print ads for each barangay and SK candidate are:

Print ads, whether purchased or free of charge, “shall not be published more than 3 times a week per newspaper, magazine or other publication during the campaign period.”

Coordinated print ads featuring more than one candidate may be published. The size and frequency limitations “shall apply to each candidate appearing, mentioned or promoted in such a coordinated advertisement.”

Candidates will be charged a 10% discounted rate for print ads.

Meanwhile, when charges are aired against candidates, Comelec provides for a “right to reply” process in broadcast or print media.

Comelec set the following maximum sizes of various online propaganda for each candidate:

These online ads, whether purchased or free of charge, “shall not be published more than 3 times a week per website during the campaign period.”

The display of such online ads “for any length of time, regardless of frequency, within a 24-hour period, shall be construed as one instance of publication,” added Comelec.

Not counted are broadcast programs “which are the main content of online streaming or video website pages.”

Comelec Resolution 10294 also stated that personal opinions, views, and preferences for candidates posted in blogs or micro-blogs (like posts or status updates on social media) “shall not be considered as acts of election campaigning or partisan political activity unless expressed by government officials” in the 3 branches of government, constitutional commissions, the civil service, the military, and other para-military units.

Both winning and losing candidates must report their campaign expenses in their Statement of Contributions and Expenses (SOCE), to be submitted to the Comelec by June 13.

Mass media entities must submit to Comelec all copies of advertising contracts it entered with candidates, along with copies of official receipts issued to the candidate or donor who paid for the ads.

Mass media entities and website owners must also submit to the Comelec the certified true copies of broadcast logs, certificates of performance, affidavits of publication, or similar records “for review and verification of the frequency, date, time and duration of advertisements aired for any candidate.”

Contractors and businesses that have election-related transactions with candidates should likewise report to the Comelec such expenditures, along with copies of official receipts, within 30 days after the polls. – Rappler.com