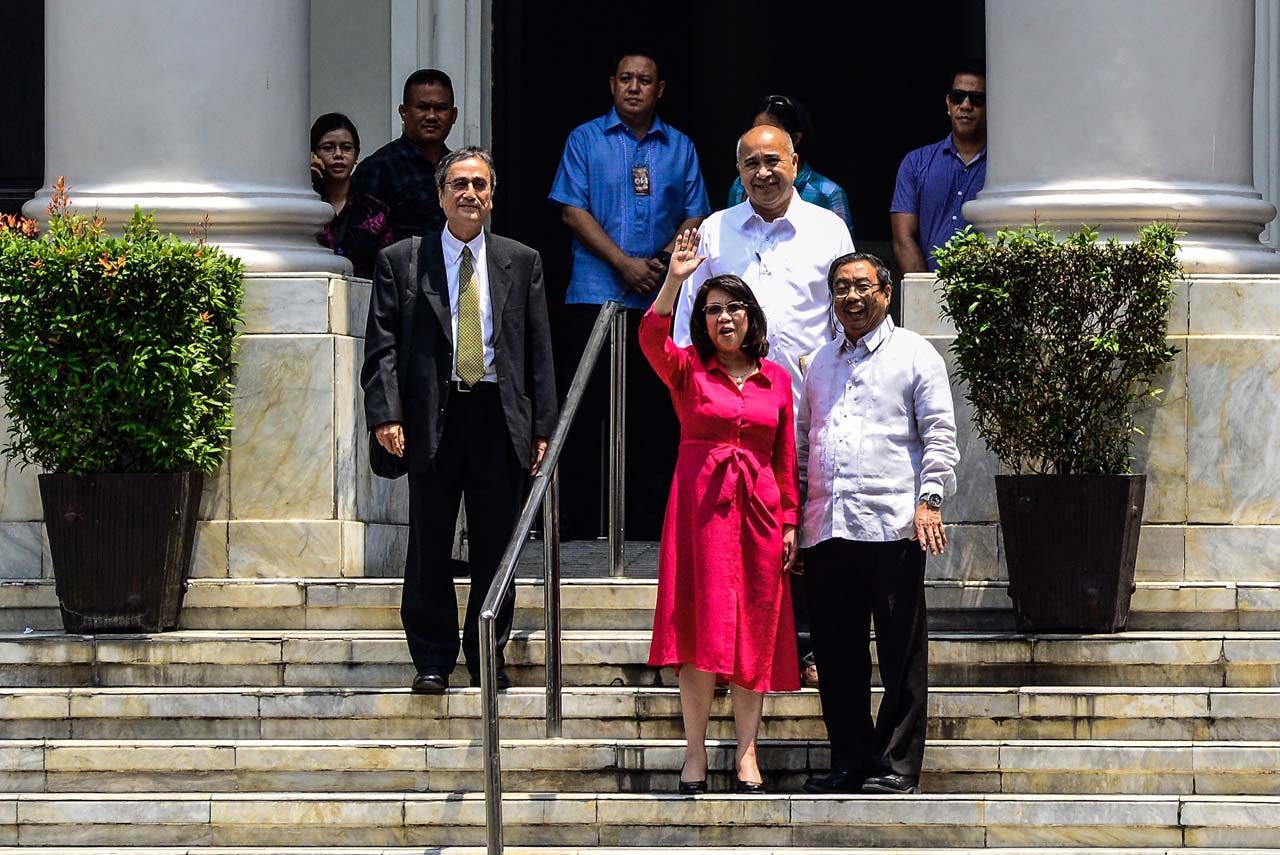 MANILA, Philippines – A bad precedent. The gravest wound ever inflicted on the Constitution. A means to weaponize the Court. A threat to all justices, even the President.

So many things have been said to criticize the fact that the Supreme Court (SC) took the quo warranto against Chief Justice Maria Lourdes Sereno this far. On Friday, May 11, the SC en banc will vote  on the potential ouster of a sitting chief justice.

It pits lawyers against lawyers because some think that Sereno can be removed only through an impeachment process, as stated in Section 2, Article IX of the Constitution.

Legal experts said it would open the floodgates to future quo warranto petitions, and the constitutional protection for high-ranking officials would have been put to waste.

But is there a way for the SC to avoid setting a bad precedent, and still oust their chief?

There is a legal principle called pro hac vice, which literally means “for this moment” or “for this occasion.”

If the SC says the decision to oust Sereno is pro hac vice, it should not be cited by anyone else after.

“Sometimes the Supreme Court can limit the impact of their ruling by saying it applies only to a particular case, so it will apply only to this case. No one else is allowed to cite it, so that fear that people are talking about, of going after every official with a defective SALN, defective appointment, may not happen if the Court says it doesn’t apply to anybody else,” said Dan Gatmaytan, a constitutional law professor at the University of the Philippines (UP).

Even to this day, the legal profession is split on pro hac vice.

“There is some dissent to the proper use of pro hac vice, some justices are saying it violates equal protection of the law because it limits the effect of a ruling to certain parties and not to everyone,” Gatmaytan said.

In the case of the SC allowing the construction of Torre de Manila, there was a proposal to declare the decision to be at least pro hac vice. It wasn’t.

“A pro hac vice decision violates statutory law – Article 8 of the Civil Code – which states that “judicial decisions applying or interpreting the laws or the Constitution shall form part of the legal system of the Philippines.

The decision of the Court in this case cannot be pro hac vice because by mandate of the law, every decision of the Court forms part of the legal system of the Philippines. If another case comes up with the same facts as the present case, that case must be decided in the same way as this case to comply with the constitutional mandate of equal protection of the law. Thus, a pro hac vice decision also violates the equal protection clause of the Constitution.”

“They will say probably, we’ve never had a situation like this, where the appointee wasn’t even qualified, and therefore, there are peculiar circumstances in this case that will limit its application only to the Chief Justice,” Gatmaytan said.

Gatmaytan believes that the quo warranto petition is unconstitutional, and should therefore be dismissed. If it is granted, Gatmaytan said Sereno can wait and return at another time where she can challenge the ruling and probably have a completely different ruling.

All of these paint a picture of a very subjective legal system.

“That’s a reality that students of law find out very quickly, it’s not objective. When you have a problem, it’s never black and white, or else you wouldn’t need 15 to say what the law is,” Gatmaytan said. – Rappler.com