Sep 1, 2018 6:30 PM PHT
Rambo Talabong
Facebook Twitter Copy URL
Copied
(UPDATED) The biggest difference between the 2018 and 2017 investigations? The existence of drugs has not been established in the 2018 shipment.

MANILA, Philippines (UPDATED) – As the House committee on dangerous drugs continued to probe into the alleged missing one ton of shabu in magnetic lifters found in Cavite – estimated at P6.8 billion – some lawmakers experienced deja vu.

In 2017, the committee encountered the exact same problems during its probe into the P6.4-billion shabu found in a Valenzuela warehouse, said its chairman, Surigao del Norte 2nd District Representative Robert Ace Barbers.

“When we investigated the Bureau of Customs (BOC) last year, all these problems cropped up. There’s (Customs fixer Mark) Taguba, there’s the EMT trading, there’s the consignee constraint,” said a visibly irked Barbers in the middle of quizzing top BOC officials.

It was also Barbers who presided over the panel probe last year, which ended with the recommendation to slap then Customs chief Nicanor Faeldon with corruption charges.

Now with new officials, he worries about a repeat of the 2017 shipment mess.

Where the evaluation came from: Adrian Alvariño, the top investigator of the Philippine Drug Enforcement Agency (PDEA) in the shipment case, unveiled key personalities in the transaction. Alvariño heads PDEA Calabarzon.

Complete with a PowerPoint presentation, Alvariño identified Katrina Grace Cuasay as the broker for importer SMYD trading in shipping the 4 magnetic lifters into the Philippines.

Signapan claimed she was just paid to be the consignee of the shipment by a certain Joel Maritana, and that she was unaware that the shipment involved possible contraband. 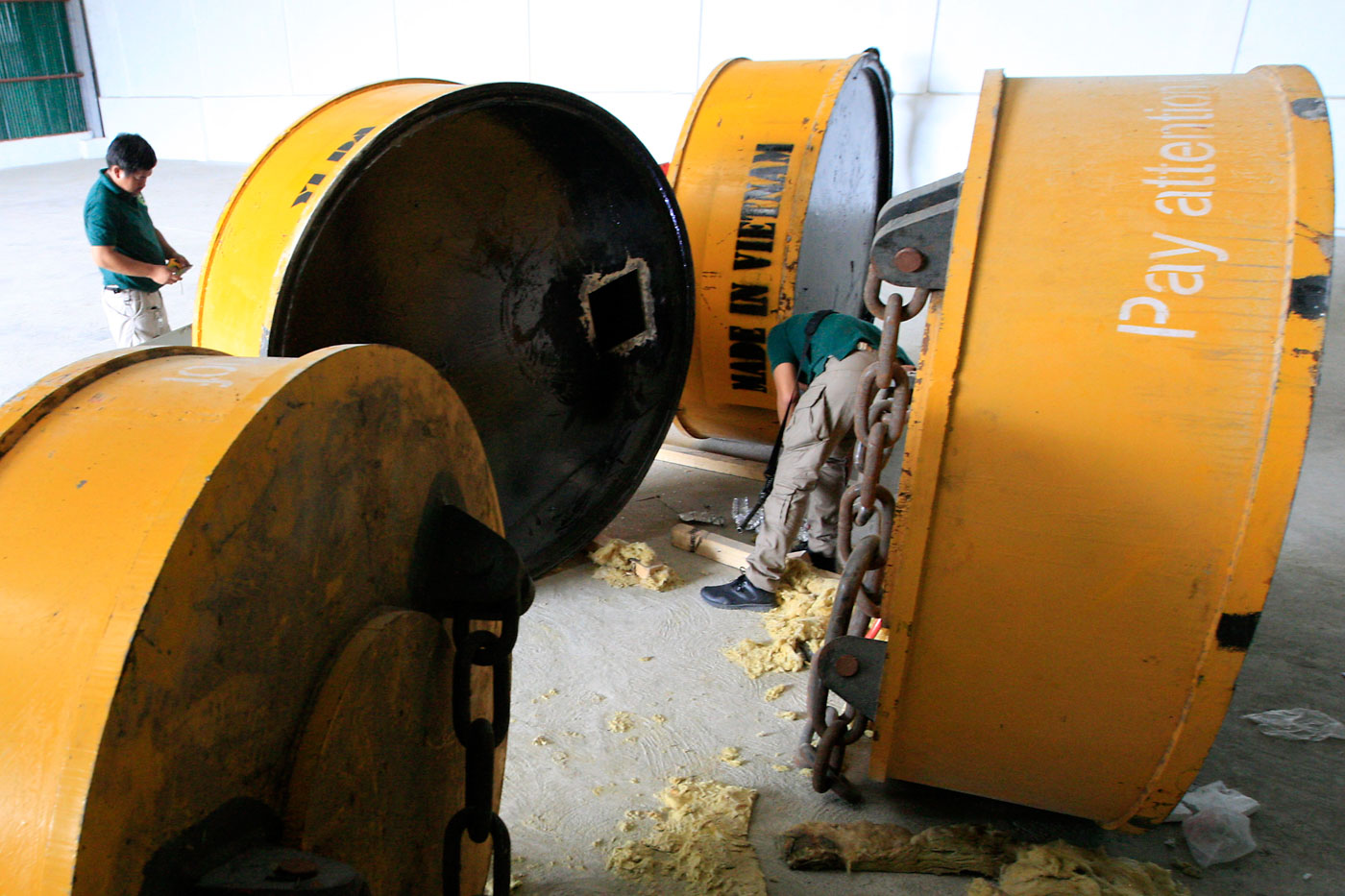 Who is the broker? According to Alvariño, Cuasay admitted upon interview that she was indeed the Customs broker for the magnetic lifters.

Customs brokers play a key role in the delivery of goods, and easily get pinned down during shipment controversies as they represent importers, and ensure that their clients’ shipments follow Customs regulations. (READ: Gordon puts blame on Taguba as ‘central figure’ in BOC corruption)

The BOC said Cuasay has been brokering for “not more than a year” and that she landed the job through a referral from her mother-in-law,  Miguela “Meg” Santos.

Upon checking, Rappler learned that Cuasay has been a licensed Customs broker since November 2016, or a year and 7 months ago.

Citing her sworn statement, PDEA said Cuasay received orders from Signapan to have the magnetic lifters delivered to the warehouse located at Lot 1-8, CRS Subdivision, Barangay F. Reyes, General Mariano Alvarez in Cavite – the exact address where the empty lifters were found on August 9.

When confronted by PDEA, Cuasay claimed she was not aware that the shipment contained illegal drugs.

“[Miguela Santos] denied any knowledge [about] the shipment but admitted that she is helping her daughter-in-law in her job,” Alvariño said.

House Deputy Speaker Sharon Garin, however, raised the red flag on Cuasay and the BOC, as Cuasay had consistently been partnered with the same appraiser in the checking of goods she brokers – an “irregular” occurrence, as admitted by the BOC. The AAMBIS-OWA Representative has yet to release documents on this claim. 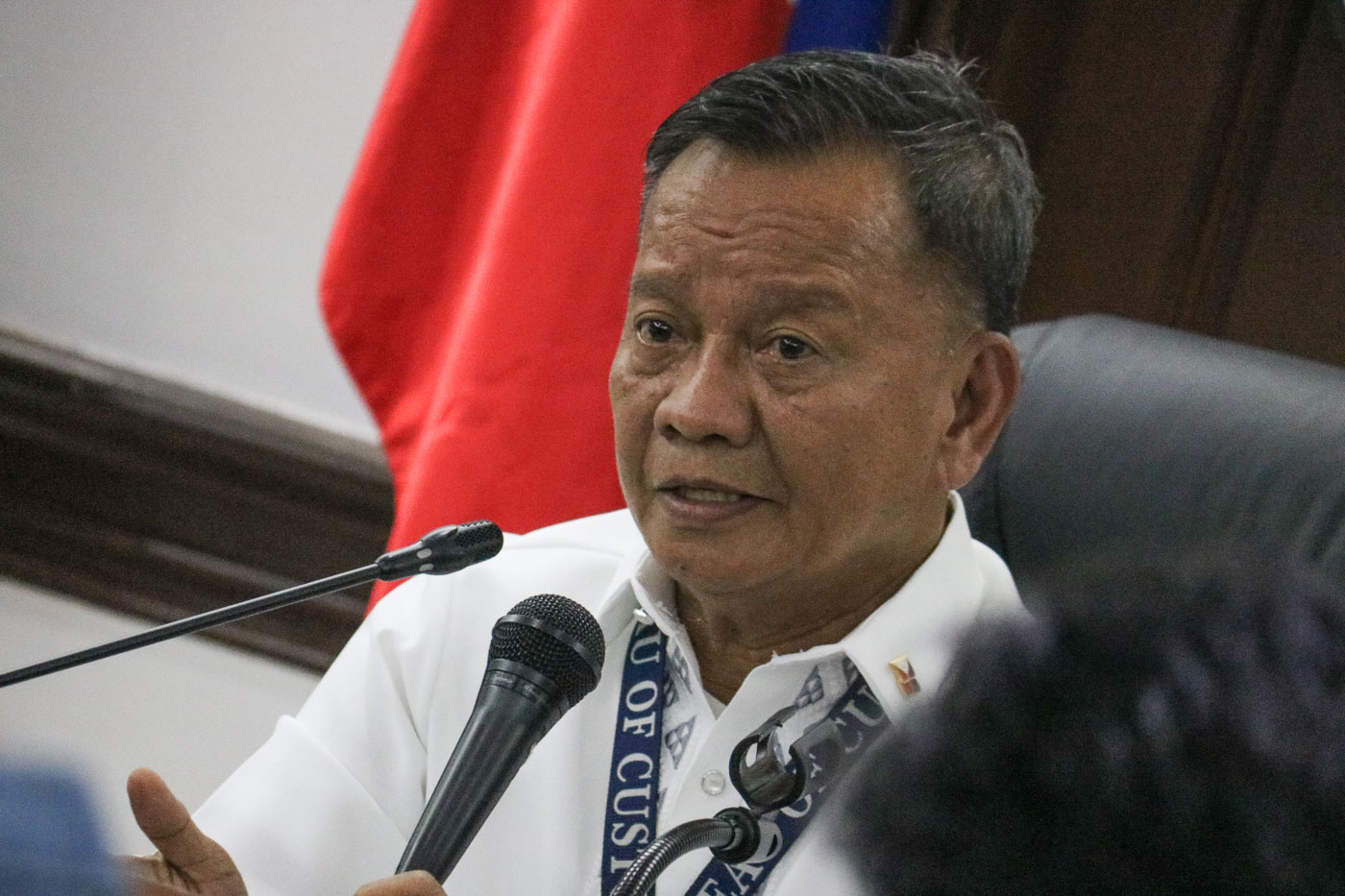 The consignee: Like Cuasay, SMYD owner Signapan was interviewed by PDEA prior to the hearing.

According to Alvariño, Signapan first claimed that her company was “used as consignee without her consent,” but later admitted she accepted the shipment in exchange for a P50,000 “accommodation fee” from a certain Joel Maritana.

The transaction, as expected, did not have any documentary evidence.

The scheme: The consignee-for-hire scheme involves BOC-accredited consignees using their licenses to help smugglers bring in goods in exchange for a fee.

This is the same scheme that came into play in the P6.4-billion shabu shipment in 2017, where Mark Taguba allegedly took in EMT Trading as his dummy consignee for the 604 kilograms of shabu to enter the country.

The owner of EMT, Eirene Mae Tatad, had also admitted to accepting money (P1,500 per container), but denied knowing about the existence of illegal drugs in the shipment which was later found to contain P6.4-billion worth of shabu.

Asked for SMYD’s track record, Customs Chief Isidro Lapeña said it had “no violations” until the empty magnetic lifters suspected to be packed with shabu were traced in Cavite, prompting the BOC to revoke its license. 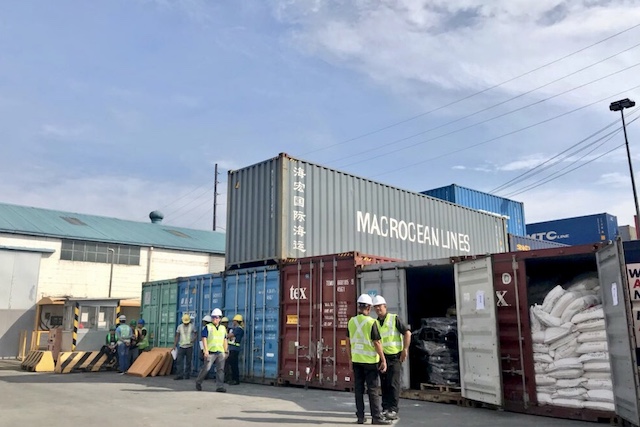 Who owns the shipment? Signapan insisted that the lifters were actually owned by Maritana, as her company was apparently just used for the lifters to enter Philippine soil.

Curiously, neither the PDEA nor the BOC mentioned the name of Taiwanese suspect Chung-Chun Hsu in the shipment records. Roy Wang and a certain Fong, who are Hsu’s alleged cohorts, were also excluded in the records. (READ: How P6.8-B ‘shabu’ slipped past PNP, PDEA, Customs)

PDEA added that the name Chung Chun Hsu came from Taiwanese anti-drug agents, while the names of Wang and Fong came from witnesses. To recall, Hsu was said to be a drug suspect in Taiwan who rented the Cavite warehouse to receive the alleged shabu-filled magnetic lifters.

The PDEA now believes that Hsu has fled the Philippines, just like the suspected Chinese middlemen in the 2017 shabu shipment.

Lapeña emphasized that  since he assumed office, he has shut down the X-ray-less green lane where the P6.4-billion shabu shipment easily slipped through in 2017.

The recent shipment, he said, went through their red lane – which has an X-ray – but, despite good faith, Customs inspectors failed to see shabu inside the magnetic lifters.

The biggest difference between the 2018 and 2017 probes: the existence of drugs has not been established in the 2018 shipment.

This much was the summary of Antipolo Representative Romeo Acop, a former police general, as the Thursday hearing came to a close. “The crux of the matter is whether or not the magnetic lifters found in GMA Cavite contained shabu or dangerous drugs,” he said.

While the PDEA and the BOC stopped finger-pointing, their views remain critically different: the BOC believes the containers were empty based on the PDEA’s own swab test and X-ray scans; PDEA stands by its K-9 unit and its case folders thick with evidence showing a repeat of a 2017’s smuggling controversy.

The probe is far from over as the House committee has invited broker Cuasay to get her side on the controversial shipment, and an independent X-ray expert to assess the equally contested X-ray scans. – Rappler.com

Top photo:  IN HOT WATER AGAIN. Bureau of Customs Commissioner Isidro Lapeña (center) swears before the House committee on dangerous drugs on August 14, during the investigation into the P6.8- billion worth of shabu smuggled into the country from Taiwan. File photo by Darren Langit/Rappler