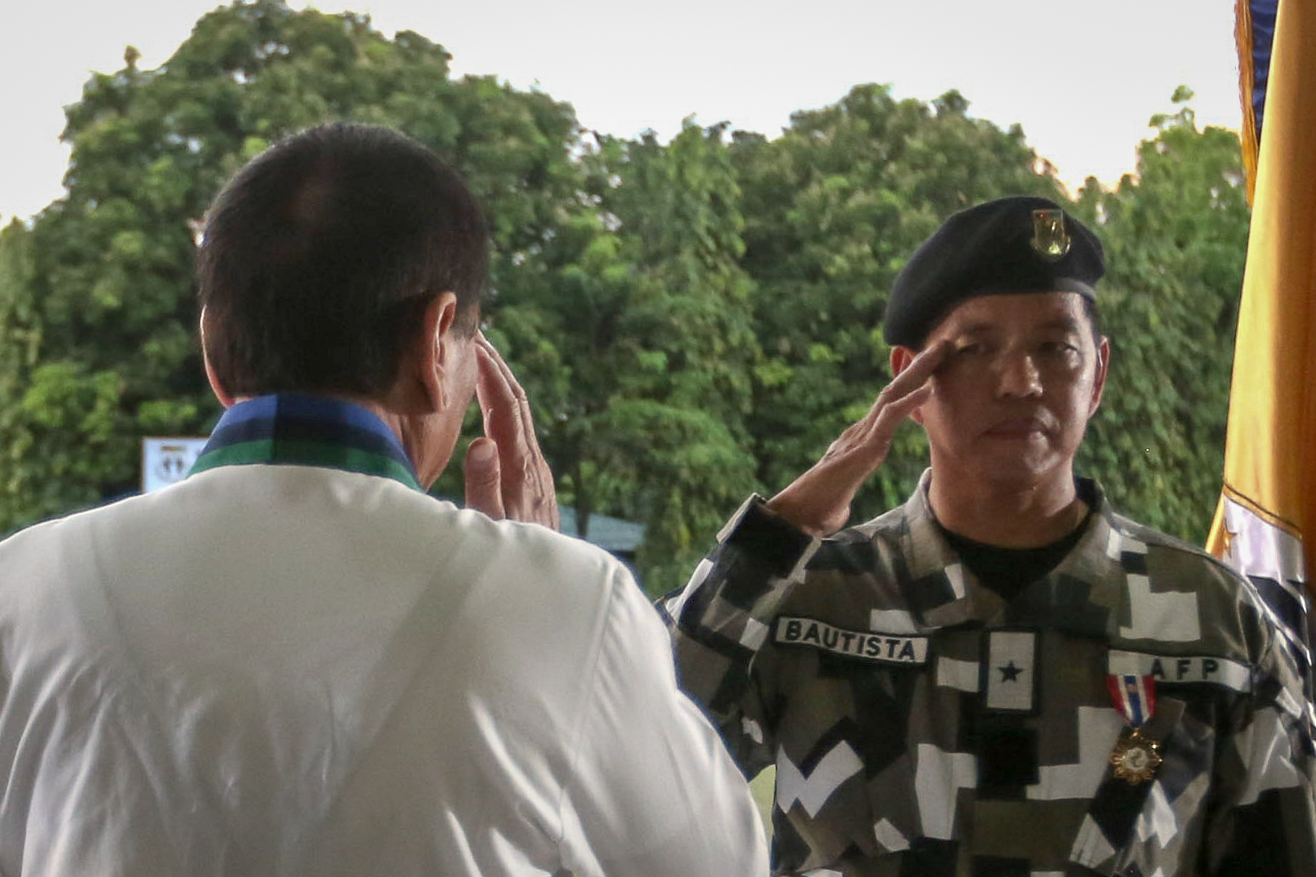 MANILA, Philippines – Army Chief Lieutenant General Rolando Bautista is set to take on a civilian post after he reaches his mandatory retirement age of 56 on October 15.

President Rodrigo Duterte announced on Thursday, October 4, that Bautista will become the next Department of Social Welfare and Development secretary.

Duterte first toyed with the idea of Bautista as head of the National Food Authority to replace Jason Aquino, but he changed his mind.

Once appointed as department secretary, the army chief would be joining retired military officers in the Cabinet, such as National Security Adviser Hermogenes Esperon, Defense Secretary Delfin Lorenzana, and interior and local government officer-in-charge Eduardo Año.

Bautista, who hails from Pangasinan, graduated from the Philippine Military Academy in 1985, as part of the “Sandiwa” class.

After graduation, he took preparatory and specialization courses in intelligence and counter-terrorist operations.

During the Arroyo administration, from 2005 to 2007, he served as commander of the 73rd Infantry Battalion covering Davao City and Davao del Norte.

Under the previous administration of former president Benigno Aquino III, Bautista served as chief of unified command staff of the Northern Luzon Command based in Tarlac – from February 2012 to October 2013.

After this, Bautista was sent to General Santos City to command the 10th Infantry Division’s Task Force GenSan.

A seasoned counter-terrorism commander, Bautista took over then-Brigadier General and now Armed Forces chief of staff General Carlito Galvez Jr. as commander of the 104th Infantry Brigade based in Basilan in 2014.

Transitioning into the Duterte administration, Bautista rose fast in the military hierachy.

From Basilan, he was chosen by then incoming president Duterte as the Presidential Security Group’s (PSG) newest commander.

His PSG stint was cut short when he was deployed to Mindanao in March 2017 to aid the fight against terror groups.

Due to his counter-terrorism expertise, the PSG commander was appointed chief of the 1st Infantry “Tabak” Division that has jurisdiction over provinces in Southern Mindanao.

Bautista’s transfer to that post came as Duterte reiterated his vow to crush the Abu Sayyaf. Kidnap-for-ransom activities by the terror group worsened during the first few months of Duterte’s presidency.

His stay in Mindanao stretched up to the Marawi siege in May 2017, when extremists aligned with the international terrorist network Islamic State attacked the Mindanao city. (READ: MARAWI: 153 DAYS AND MORE)

As overall ground commander of state troops in Marawi, Bautista led operations in the war-stricken city from day one.

During the siege, he ordered a raid in a safehouse in Barangay Basak Malutlut on May 23, 2017, in an attempt to catch Abu Sayyaf subleader Isnilon Hapilon. The military was met by heavy gunfire from the other side, triggering a series of firefight that would last for months.

Bautista continued to take the lead in commanding the military units there until the end of the siege on October 23, 2017.

A few weeks before the Marawi clashes ended, Bautista was promoted to Commanding General of the 90,000-strong Philippine Army.

As Army chief, he vowed to focus the fight on terrorism, fanaticism, and communist insurgency. – Rappler.com