‘Growth’ found in Duterte’s endoscopy? Doctors explain what it means 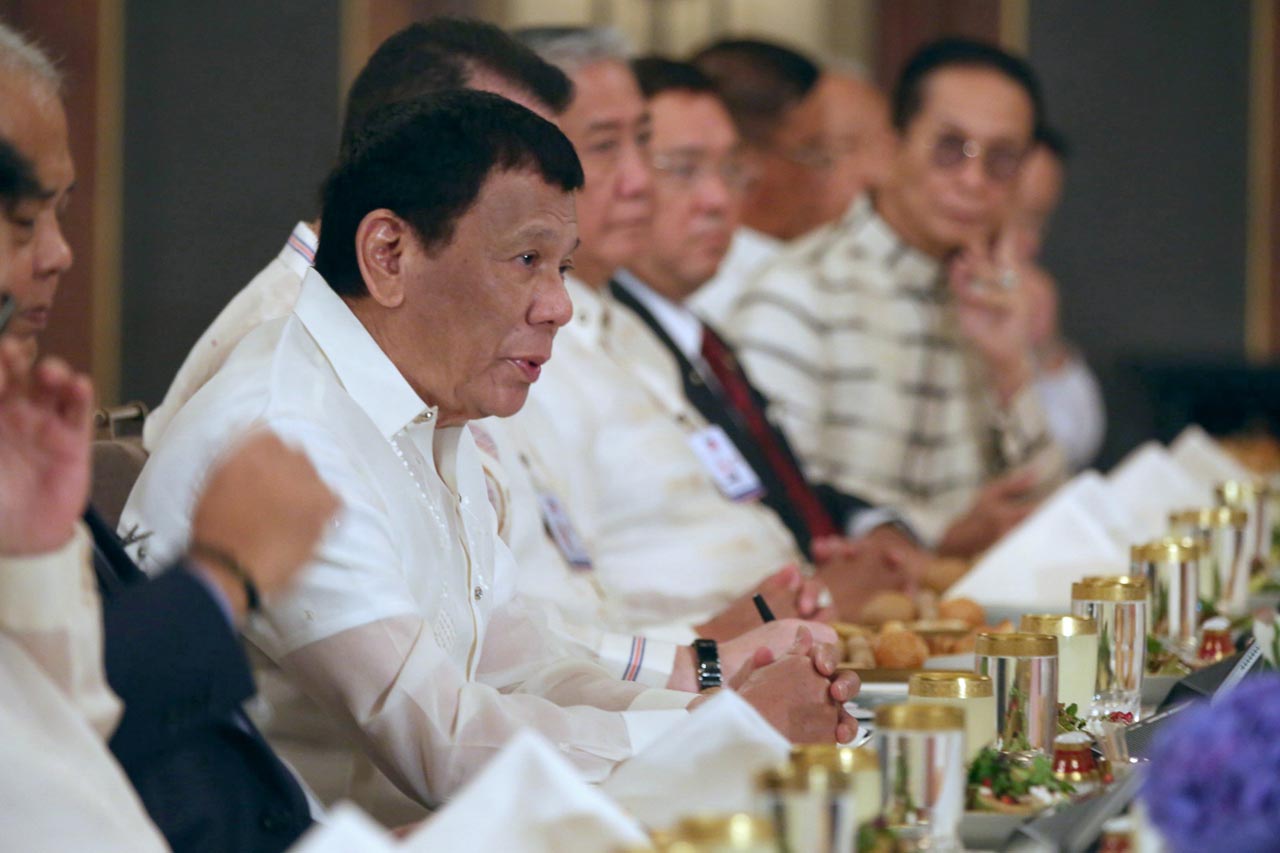 MANILA, Philippines (UPDATED) – President Rodrigo Duterte’s admission that his doctors wanted to double check something they saw in a recent upper endoscopy is, so far, the clearest account he has given the public about his health.

After Duterte’s admission on Thursday, October 4, Presidential Spokesman Harry Roque said doctors had found a “growth” during the endoscopy. Duterte had said he would let the public know if he had cancer. (READ: President’s health: Touchy topic for Duterte, public concern for Constitution)

The 1987 Constitution states that the public must be informed if the President has a “serious illness.” This is because it’s important for the Chief Executive to be physically capable of governing.

But does a “growth” discovered in a medical examination already mean Duterte is seriously ill?

Rappler spoke to 3 doctors to explain what the President’s statements mean.

Doctor Ernesto Domingo is a gastroenterologist who has been named National Scientist and is a Ramon Magsaysay awardee. He is also professor emeritus at the University of the Philippines College of Medicine.

Doctor Michelle Cloa is a gastroenterologist at Manila Doctors Hospital. She is also course director of this year’s Endoscopy Convention.

Doctor Jose Dañguilan is a surgeon at the Lung Center of the Philippines who had also served as the first program director of the hospital’s Esophagus Center.

What is an upper endoscopy?

It’s an “examination of your esophagus, stomach, and small intestine using a tube with a lighting and camera at the end,” said Cloa.

Formally known as esophagogastroduodenoscopy (EGD), it is used to check the condition of the throat, gullet, esophagus, stomach, and the beginning of the small intestine, said Domingo.

Another type of endoscopy is a colonoscopy, where the doctor “inserts a colonoscope from the anus up to the whole of the large intestine,” said Danguilan.

Duterte also admitted having gone through this examination.

But at a certain age, an upper endoscopy becomes a routine examination.

“It’s routinely done. Most of our patients undergo this procedure even if there is no particular reason, just by virtue of age,” said Domingo.

Other conditions could drive doctors to recommend that their patient have an upper endoscopy.

“Maybe if there is bleeding or vomiting or something else referring to gastrointestinal symptoms,” said Dañguilan.

A patient who has “early satiety,” where they get full even after just a few bites of food, might need an upper endoscopy for the doctor to check if there is a tumor blocking their stomach, he added.

In general, an endoscopy may be used to spot growth in the gastrointestinal tract.

What does ‘growth’ mean? The term “growth” or “mass” could mean a lot of things. It can refer to a polyp or a tumor, said Dañguilan.

“Growth is simply a lump. It can be many, many things. It can be an inconsequential lump, it can be a bad lump,” said Domingo.

Tumor, a term often used to describe cancer, isn’t necessary cancer itself. There are benign and malignant tumors. Malignant tumors are called cancer.

An endoscopy can also be a way to remove a growth.

When do upper endoscopy results come out? Duterte and Roque said they were still waiting for the results of the examinations the President had undergone.

But according to both Cloa and Dañguilan, initial results of the upper endoscopy would have been immediately available after the examination.

“Immediately after, we know, we relay to the patient what we see…. Before the patient leaves the endoscopy unit, they already have results,” said Cloa.

Dañguilan, meanwhile, said that if the hospital’s process is fast enough, the initial results could be ready in 30 minutes. A more final result, however, could be obtained through a process that involves a paraffin solution to better enable the pathologist to examine the section of interest discovered by the upper endoscopy. This process could take “3 to 4 days,” said Dañguilan.

Significance of a biopsy. Aside from an upper endoscopy, Duterte said doctors took “samples.” This likely means a biopsy was done, in which doctors take tissue or part of the growth to check if it’s malignant or benign.

When a biopsy is done, it means the doctor thinks the “growth” is worth checking again because it could be a “bad” lump.

“If you see a lump, you biopsy it. Anywhere in the body if you have suspicion you have a bad lump, you do it. Many lumps we don’t bother to do…’Ay forget it walang kwenta ‘yan (Forget it, it’s nothing serious), that’s just a cyst.’ But sometimes we do biopsy,” said Domingo.

While Cloa said a biopsy could take “5 to 10 days,” Domingo said results can be ready within a day, if the doctors pushed for it. But usually, the process from procedure itself to the report takes “4 working days,” he said.

Barrett’s Esophagus is a long-term complication of GERD or gastroesophageal reflux disease in which stomach contents flow backward into the esophagus, which is not protected from the acid the stomach produces.

This “changes the morphology or the anatomy of the lining of the stomach or the esophagus,” said Dañguilan.

This condition puts the patient at high risk of getting cancer.

“Barrett’s Esophagus is monitored because if you have Barrett’s, that is high risk for cancer,” said Domingo.

Barrett’s Esophagus could lead to esophageal cancer, he added.

Aside from medication, a gastroenterologist would recommend regular endoscopy to monitor the Barrett’s Esophagus.

Based on the 3 doctors’ explanations, more information is needed to determine if the “growth” spotted in Duterte is cause for worry. The growth could be benign or malignant, small or large.

But test results on this growth should be coming out in a matter of days. Will Malacañang release the results?

The Constitution is silent on what counts as a “serious illness,” the requirement for mandatory disclosure on the President’s health.

Duterte’s case will likely test this provision in our nation’s charter. – Rappler.com