From duets to sea disputes: When Chinese presidents visit Philippines 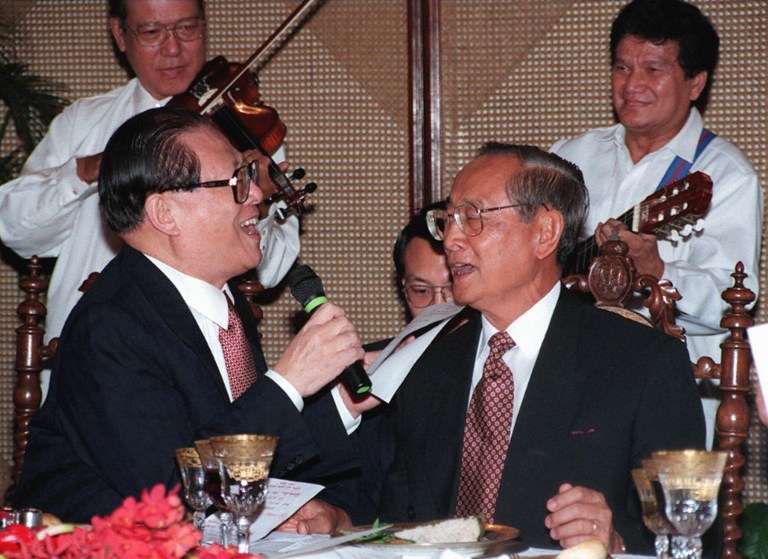 MANILA, Philippines – Chinese President Xi Jinping’s trip to the Philippines from November 20 to 21 is the fourth by a Chinese president since Manila and Beijing established diplomatic relations 4 decades ago.

Three Chinese presidents have visited the Philippines since the two countries forged diplomatic ties on June 9, 1975:

Referring to Xi’s upcoming trip, Foreign Secretary Teodoro “Teddyboy” Locsin Jr said: “This visit will be the 4th by a Chinese president, the second by President Xi, and the 8th by a ranking Chinese leader if we include premiers. That, if nothing else, reaffirms and reasserts a long and valued friendship.”

While different agreements were signed in previous trips, a constant was the shadow cast by the South China Sea dispute.

The South China Sea was a topic that couldn’t be dodged even in the first state visit of a Chinese president to the Philippines. 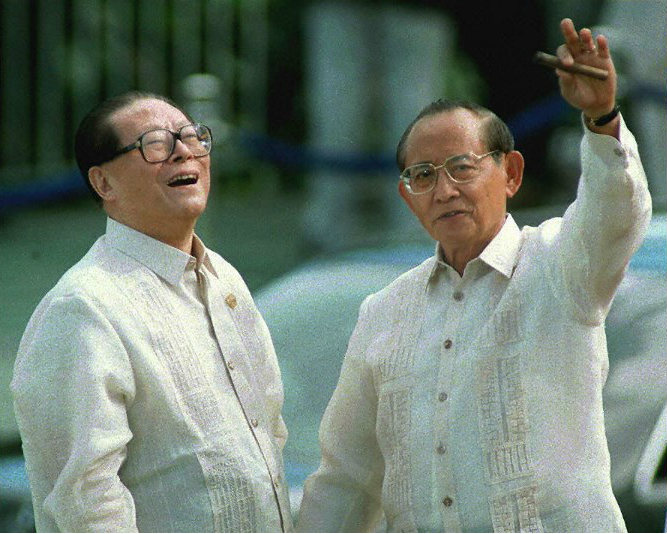 “The Spratlys are Chinese territory. Of course, the two sides, China and the Philippines, hold different views on this issue. However, both sides agreed that this issue will be settled through peaceful consultation,” China spokesman Shen Guofang said back then as quoted by the Associated Press (AP).

During the same state visit, Jiang assured 200,000 overseas Filipino workers that they “can keep their jobs” once Hong Kong is handed over to China in 1997, according to AP.

But for many, Jiang’s visit was most memorable for a not-too-serious move.

In Malacañang, Jiang suddenly stood up, picked up the microphone, and sang when the string quartet played One Day When We Were Young. He later sang songs such as Swanee River and an excerpt from a Chinese opera. A photo released by Agence France-Presse showed Jiang and President Fidel V. Ramos in a duet.

The singing continued in another event aboard the ship BRP Ang Pangulo in Manila Bay. Together, Ramos and Jiang sang Love Me Tender by Elvis Presley. “That’s the favorite song of Bill Clinton. So you have to prepare when he visits you. You will surprise him,” Ramos told Jiang. (READ: When the Philippines and China sang, danced on a Manila Bay cruise)

Hu made his state visit to the Philippines a month after the March 2005 signing of the Joint Marine Seismic Undertaking (JMSU) between the Philippines, China, and Vietnam to jointly explore Philippine waters. (A case is pending before the Supreme Court on whether the botched JMSU was unconstitutional.) 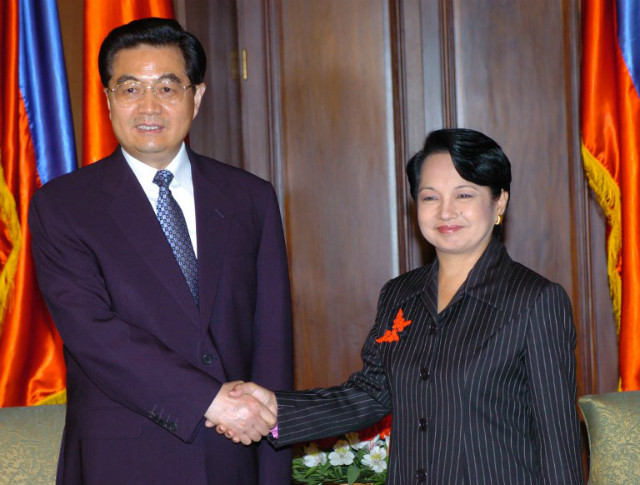 “China and the Philippines have taken the lead in making breakthrough progresses on the joint exploitation in the South China Sea, a commendable step to make the South China Sea a sea of friendship and cooperation,” said the Chinese foreign ministry in a news release after Hu’s visit.

Those were more pleasant days for the Philippines and China – a far cry from what happened 7 years later, under Arroyo’s successor, Benigno “Noynoy” Aquino III.

In January 2013, the Philippines filed a historic case against China over the South China Sea – already called by Manila as the West Philippine Sea – before an international tribunal at The Hague.

The case angered China, and not even China’s foreign minister, Wang Yi, wanted to visit the Philippines. 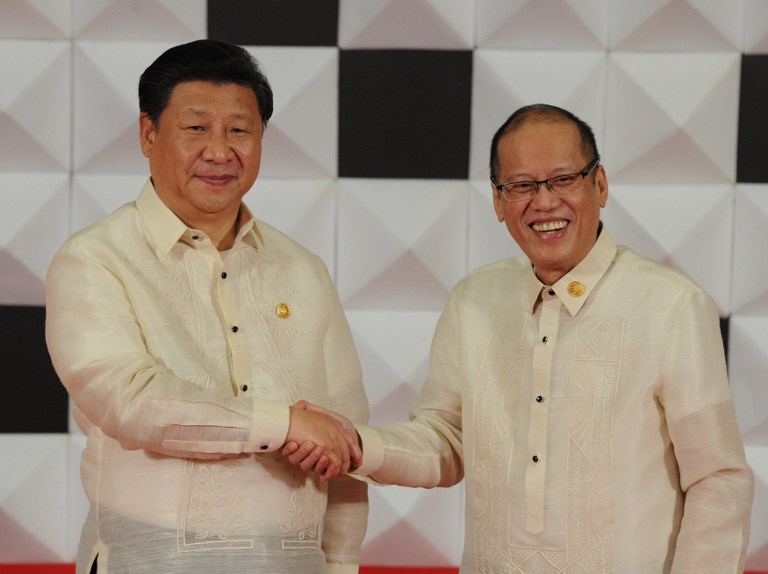 But Xi was in Manila only for APEC. He did not hold a bilateral meeting with Aquino, only a two-minute chat during the summit.

There was even an awkward moment between Aquino and Xi while walking inside the Philippine International Convention Center, the site of the APEC Summit. 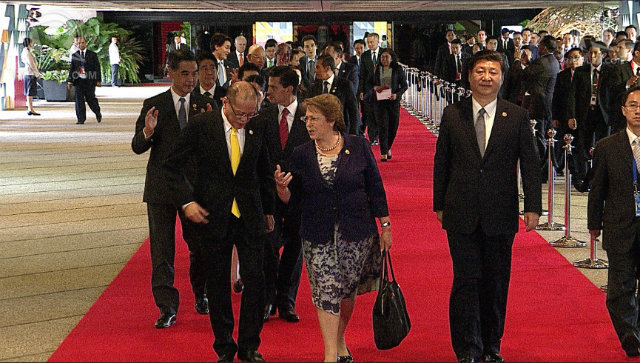 There was Xi, walking alone, while Aquino was speaking with the animated Chilean President Michelle Bachelet. “Painful to watch. Xi in long, lonely walk up APEC 2015 red carpet, completely ignored by Aquino and Bachelet,” journalist Jerome Taylor tweeted back then.

(Watch that awkward moment below.)

Fast-forward to 2018, Xi is coming back to the Philippines, but in a different context.

This time he is set to be welcomed by a Philippine leader who proudly proclaims, “I just simply love Xi Jinping,” and a government that wants joint exploration with China despite questions about Arroyo’s JMSU.

While the Philippines won the case filed by Aquino over the West Philippine Sea, President Rodrigo Duterte has shelved the ruling to get loans and grants from Beiijing.