When journalists become the story: Attacks against media in 2018

Dec 14, 2018 4:16 PM PHT
Alex Evangelista
Facebook Twitter Copy URL
Copied
Cases of intimidation and violence against journalists continue to spread with the 'climate of hatred' that has persisted against journalism globally
MANILA, Philippines – Rising violations of press freedom all around the globe thrust journalists themselves to the headlines in 2018.
From barred coverages to violent killings, the media has seen a worse climate for the press in several countries.

Media watchdog Reporters Without Borders (RSF) attributed this to the “climate of hatred” that has persisted against journalism, openly perpetuated by political leaders.

“More and more democratically-elected leaders no longer see the media as part of democracy’s essential underpinning, but as an adversary to which they openly display their aversion,” the RSF said in its World Press Freedom Index report. (READ: IN NUMBERS: Global threats to press freedom in 2018)

Despite threats and challenges, however, journalists have remained steadfast. Here’s a look back at some of the most pressing headlines involving members of the media this year. 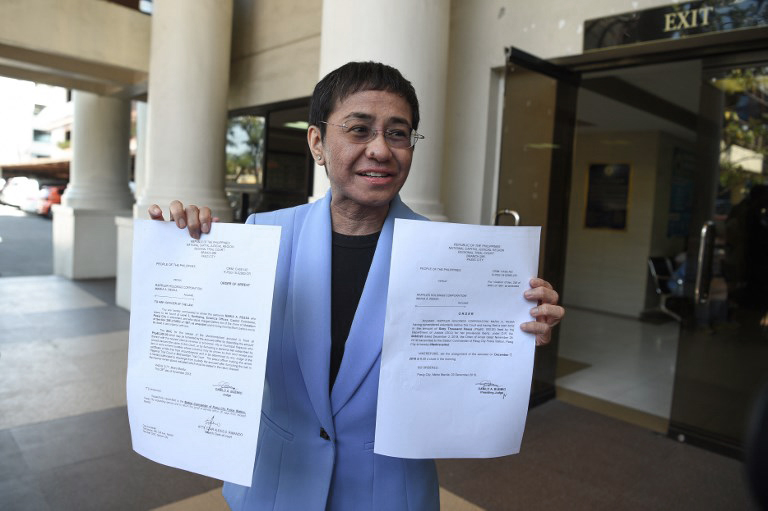 The Duterte administration continues to play tough with the Philippine media, calling them out for alleged biased and negative reporting, particularly on its violent campaign against drugs. (READ: The Impunity Series)

In January, the Securities and Exchange Commission (SEC) revoked news site Rappler’s license to operate for allegedly violating the Constitution and the Anti-Dummy Law, and voided its Philippine Depositary Receipts (PDRs) issued to Omidyar Network and Northbase Media.

This came a year after the Office of the Solicitor General asked the SEC to investigate Rappler over its PDRs. Omidyar Network has since donated the PDRs to 14 Filipino Rappler managers. (READ: TIMELINE: The case of Rappler’s SEC registration)

The cases filed against Rappler, however, did not end there.

In November, Rappler Holdings Corporation (RHC) and its president Maria Ressa were charged with tax evasion before the Court of Tax Appeals (CTA) for allegedly failing to supply correct information in their Income Tax Return (ITR) for 2015, and Value Added Tax (VAT) returns for the 3rd and 4th quarters of 2015.

On top of the 4 tax cases before the CTA, a 5th case was filed before the Pasig Regional Trial Court (RTC) against RHC and Ressa.

Ressa posted bail for the Pasig case, and is set to be arraigned on February 6, 2019.

Human rights groups and media watchdogs slammed the cases against Rappler, noting that it was a clear attempt to intimidate those who are critical of the Duterte government. 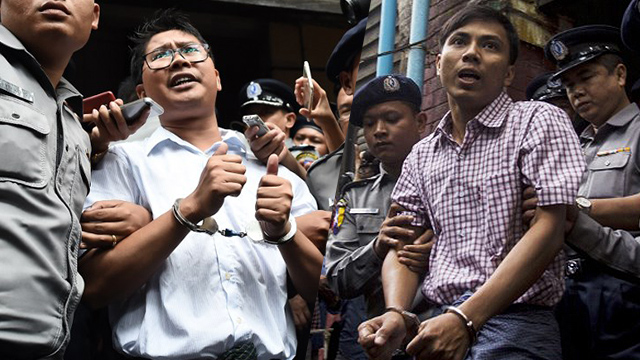 In September, Reuters journalists Wa Lone and Kyaw Soe Oo were sentenced to 7 years in jail for allegedly violating the country’s Official Secrets Act in their investigation of the brutal massacre of Rohingya Muslims in a small village in Rakhine.

The two were accused of illegally obtaining classified documents related to the Rakhine case, but the pair claimed they were set up.

The two are set to face the court on December 24 after filing an appeal. (READ: Myanmar’s truth defenders: Who are journalists Wa Lone and Kyaw Soe Oo?)

Wa Lone and Kyaw Soe Oo’s investigation into the Rohingya massacre led the United Nations to release an explosive study on abuses in Rakhine. It accused Myanmar’s military chief of heading a campaign of “genocide” and “crimes against humanity” against the Rohingya.

The case sparked an international outcry over withering press freedom in the country. Humanitarian organizations, as well as members of the press, have criticized global rights champion Aung San Suu Kyi for failing to use her moral force to defend the pair. 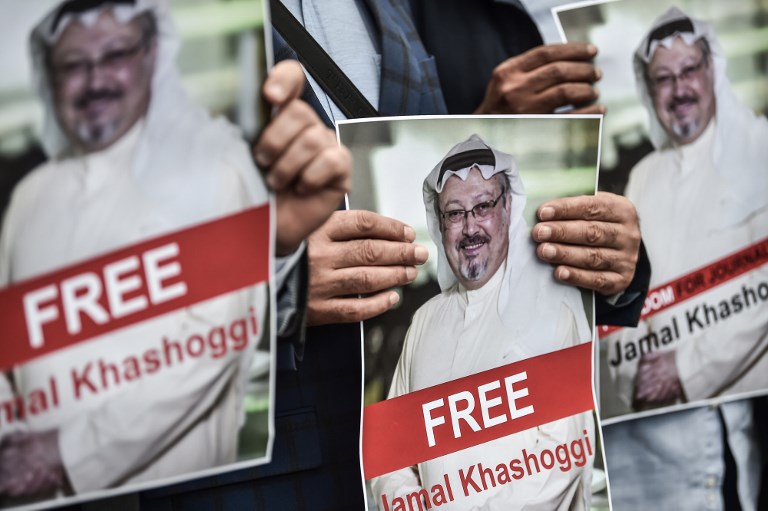 Almost 3 weeks after Khashoggi was reported missing in October, Saudi Arabia finally admitted that the journalist had indeed been killed inside the embassy. The journalist visited the consulate to arrange marriage papers.

Turkish investigators would later reveal that the gruesome murder may have been meant to silence Khashoggi, a staunch critic of the Saudi government. (READ: Khashoggi strangled and dismembered in consulate – Turkish prosecutor)

Khashoggi used to be a Saudi royal family insider prior to his falling out with Saudi’s Crown Prince Mohammed bin Salman, which prompted him to go into self-imposed exile to the United States in 2017.

Khashoggi’s case thrust Saudi Arabia into one of its worst international crises, with Turkish officials accusing it of carrying out state-sponsored killing and of dismembering his body.

The US Central Intelligence Agency also concluded that Salman was the one who ordered the journalist’s death. However, Mohammed denied any involvement in the case. (READ: Saudi Arabia: Storms and reforms under new crown prince)

Investigation of the case is still ongoing, and Khashoggi’s body is still nowhere to be found. 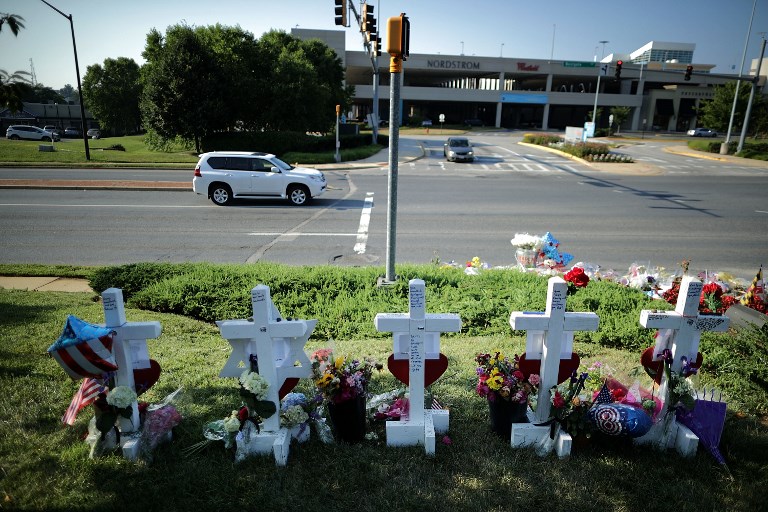 Prior to the incident, the newspaper received threats on social media. Police later identified the suspect as Jarrod Ramos, who allegedly held a long-standing grudge against the paper over a 2011 article about a criminal harassment case. (READ: US reporters fight back with words after colleagues gunned down)

The lawsuit against the Capital Gazette was dismissed in 2015 in favor of the newspaper, but Ramos continued to harass and threaten its employees online.

The shooting came as a shock to the small town of Annapolis, home to only about 40,000 residents. However, community journalists at the Capital Gazette have remained resilient and continue their work until today. 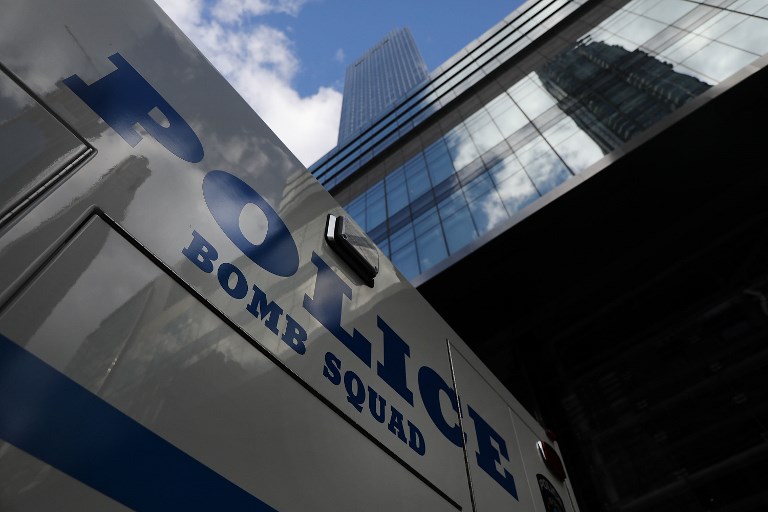 Much like the Philippines’ Duterte, President Donald Trump does not see eye-to-eye with American journalists too. Major media company CNN, in particular, has been the subject of criticism by Trump, who claims the news company is the lead purveyor of fake news in the US.

CNN’s New York offices faced scares – not once, but twice – after it was subjected to bomb threats. In October, the offices were evacuated when a suspicious package which contained potentially lethal pipe bombs was sent. (READ: Mail bombs to U.S. political figures, media: What we know)

The newsroom was evacuated again early December over a bomb threat, but no explosives were found.

On both occasions, the scares did not hamper operations as the company maintained coverage and remained on air despite ongoing evacuations.

It was also a challenging year for CNN’s reporters. The White House in November suspended the press pass of Jim Acosta after a heated exchange with Trump. Acosta persisted in asking questions about the President’s views on a caravan of Central American migrants making its way to the US border, which did not sit well with Trump and White House spokeswoman Sarah Sanders. 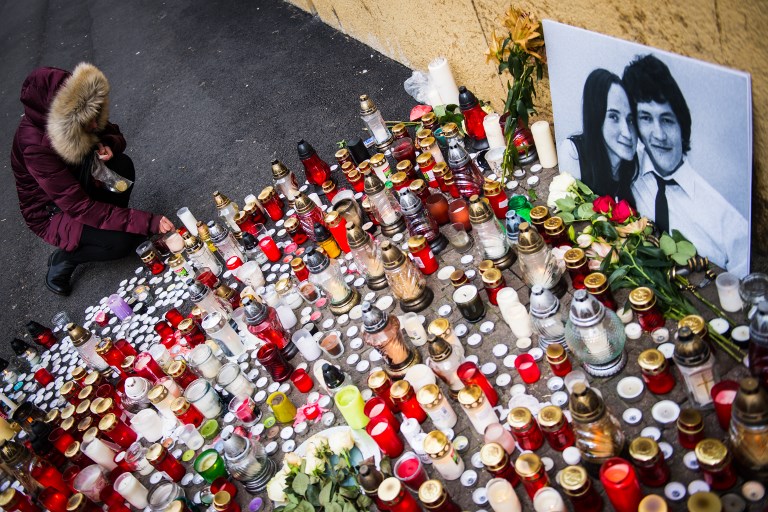 Journalist Jan Kuciak and his fiancée, Martina Kusnirove, were shot dead inside their home last February, just before the publication of an investigative report on alleged tax evasion and fraud concerning high-ranking officials and tycoons.

Tom Nicholson, a British-born investigative journalist who worked closely with Kuciak, said the journalist was investigating “the fraudulent payment of EU transfer funds to Italian nationals resident in Slovakia with alleged ties to the ‘Ndrangheta,” an organized crime group from Italy’s Calabria region.

The couple’s death sparked anger among the general public, who took to the streets to pay tribute to the murdered journalist and protest against graft. It also sparked a wave of international condemnation amid concerns about media freedom and corruption in Slovakia.

Kuciak was also one of the journalists involved in the global collaborative investigation on the Panama Papers, along with Maltese journalist Daphne Caruana Galizia, who was brutally assassinated as well in 2017. – with reports from Agence France-Presse/Rappler.com