Jan 24, 2019 11:25 AM PHT
Camille Elemia
Facebook Twitter Copy URL
Copied
Former Senate president Aquilino Pimentel III has the highest spending in 2017, including P3.9 million for foreign travels. But he says it comes with the position. 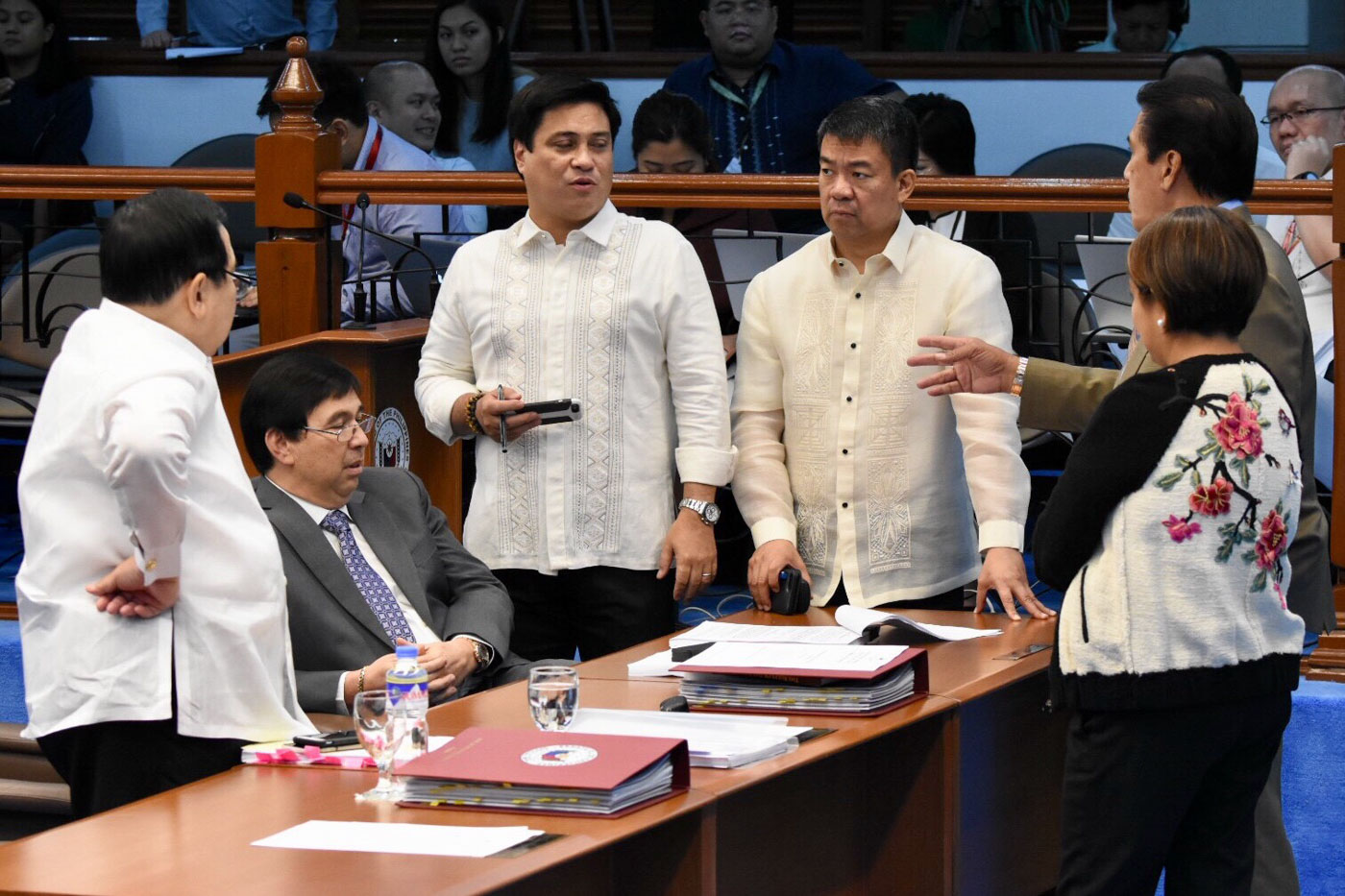 MANILA, Philippines – The country’s 24 senators spent a total of P1.86 billion in 2017, according to a Commission on Audit (COA) report published as a newspaper advertisement on Tuesday, January 22.

Nearly half of the total, or P788.3 million, was spent for the salaries and allowances of senators’ staff, while P442.2 million was spent for other maintenance and operating expenses.

Of the 24 senators in 2017, former Senate president Aquilino Pimentel III spent the most with a total of P127.8 million.

The published COA report did not raise any issue or concern with the senators’ spending levels.

In previous years, Trillanes and Pimentel were also listed as top spenders in the chamber.

Former senator Alan Peter Cayetano spent the least, primarily because he served from January to May 30, 2017 only, owing to his appointment as foreign affairs secretary.

Of all the 23 incumbent senators, Senator Joel Villanueva spent the least, amounting to P63.2 million.

On top of their salaries, senators also usually get extra compensation and allocation as a member or chairperson of a committee/s. Senators usually have at least two committees.

Each senator’s total spending was the sum of their expenditures for:

Pimentel also spent the most for travel in 2017 at P4.7 million. A bulk of this, P3.9 million, was spent for his foreign travels, which he said, totaled 9 that year. Of all senators, he spent the most on foreign trips.

In response, Pimentel said his high spending was “expected” due to the responsibilities and subsequent higher allocation given to the top Senate official. The Senate president’s office always has the biggest budget among all the senators.

“That is to be expected. The Senate president is allocated a higher budget, because as the head of agency he also has many additional responsibilities and functions. Let us look at past years’ COA reports and find out who were the biggest spenders in the Senate. If it’s not the Senate president then that would be the biggest surprise,” Pimentel said in a text message.

Pimentel said COA did not find anything questionable about the Senate’s expenses under his term. He called on the agency to “act quicker and not release 2017 findings” two years later and during an election period at that.

“For year 2017 I do not know of any issue involving disallowance by COA for the entire account of the Senate. Hence all expenses were found to be in order as far as I know. But then COA should act quicker and not release 2017 findings in 2019 when it is already election period. They should have released these the year after (in 2018)!” Pimentel said.

Of all the senators, Senator Francis Escudero spent the least on travels, spending nothing for local trips and P121,562 for foreign travel.

Based on COA data, Trillanes spent the most for professional and consultancy fees in 2017, closely followed by Pimentel.

Of all senators, Senator Sherwin Gatchalian spent the least on consultants in 2017, spending P1.6 million.