Who should be credited for the passage of the universal health care law? 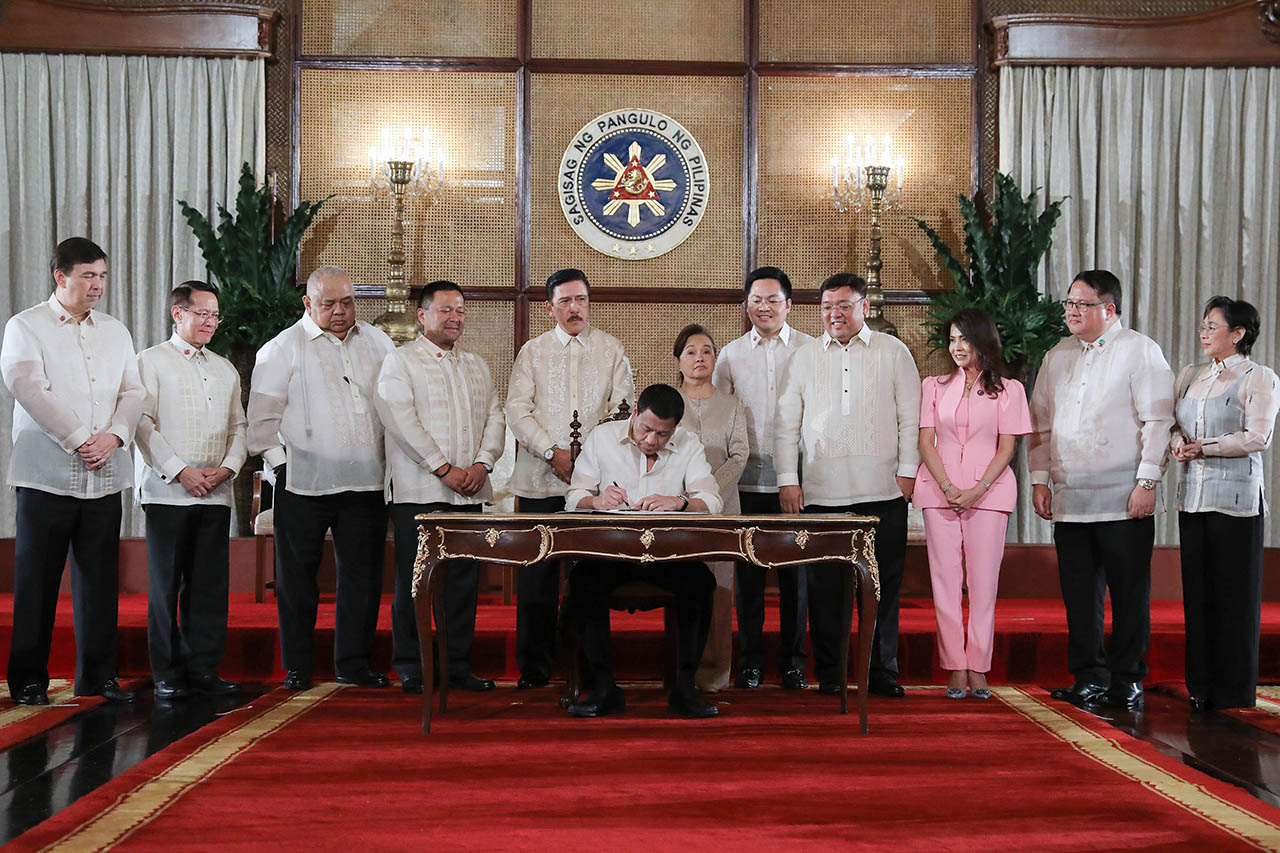 “Sen JV is one of the most hard-working senators I’ve seen in all my 18 years in the Senate. We might as well refer to the Universal Health Care Act as the JV Ejercito Law,” Lacson said on Twiiter.

Ejercito, however, is not the only one who should be credited for this landmark legislation that passed in the 17th Congress.

Owing to the bicameral nature of Congress, legislation is a combination of lawmakers’ efforts at the House and the Senate, with the principal author and principal sponsor primarily steering the measure.

There were also other government agencies, like the Department of Health, that helped formulate the bill.

Ejercito is the chairperson of the Senate health committee. As panel chair, he was tasked to sponsor and defend the bill in plenary.

There were others who filed UHC bills, however. They were Senate President Pro-Tempore Ralph Recto and senators Leila de Lima, Juan Edgardo Angara, Nancy Binay, Cynthia Villar, and Risa Hontiveros.

Of the 7, it was Recto who had pushed for the UHC bill since the 15th Congress.

It was also Recto who first filed the measure in the 17th Congress. Under Senate rules, the first one to file the measure would be named principal author.

Recto also pushed for amendments, which were eventually adopted into the final version of the law. These include the provisions on:

Ejercito was the principal sponsor and among the co-authors of the bill.

Ejercito sponsored the committee report on July 31, 2018. After less than 3 months, Senate Bill 1896, which was certified as urgent by President Rodrigo Duterte, was unanimously approved on third and final reading.

At the House, there were over 100 authors of the measure. The bill was sponsored and defended by Quezon 4th District Representative Angelina Tan and then-Kabayan representative Harry Roque, who was later appointed as Duterte’s spokesperson.

The House was first to approve the measure. On September 6, 2017, 222 lawmakers voted in favor of House Bill 5784, while 7 from the Makabayan bloc voted against it.

After both chambers passed the measure, a bicameral conference committee was convened to thresh out differences between the two versions.

The Senate sent Ejercito, Recto, Gatchalian, Villanueva, and Hontiveros as its contingent.

It was not easy finalizing the bill, with two pre-bicam sessions held before conducting two bicam proper.

On November 27, 2018, the panel approved the final version of the bill.

Almost a month later, before the bill lapsed into law, Duterte signed the measure.

The government will now have to craft the implementing rules and regulations. The law will take effect 15 days after it is published in the Official Gazette or a newspaper of general circulation. – Rappler.com