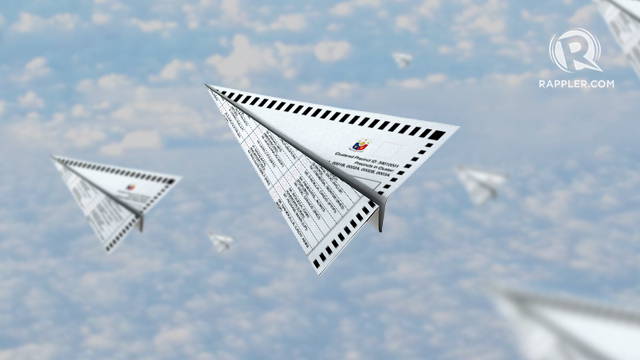 MANILA, Philippines – Around 1.8 million overseas Filipino voters are set to vote for national candidates starting Saturday, April 13, until Monday, May 13. The Office for Overseas Voting (OFOV) under the Commission on Elections (Comelec) will facilitate the voting process. (READ: Exercising their rights: Will Filipinos overseas vote in 2019?)

Hover over the following map to see the number of registered voters per country. The numbers include seafarers as well.

Rappler answers questions about overseas voting that may guide overseas Filipino voters for the 2019 polls.

Who can vote from overseas? Filipino citizens who are 18 years old and above and will be overseas from April 13 to May 13 are eligible for overseas voting. Filipinos who have pledged allegiance to foreign countries and thus carry foreign passports are not allowed to vote. Dual citizens who hold Philippine passports are eligible.

The certified list of overseas voters for the 2019 polls is available on the Comelec website. The page lists registered voters by region as follows:

Where should overseas voters go to vote? Overseas voting is done in certain Philippine embassies or consulates around the world. Voting may also be conducted in Comelec-authorized field or mobile voting centers for a limited period of time.

The Comelec website provides an alphabetical list of voting posts and the respective countries or territories within their jurisdiction. The list does not include field or mobile voting centers.

Voting is suspended in Baghdad, Iraq; Damascus, Syria; and Tripoli, Libya due to armed conflict and civil unrest in these countries.

In the case of manual voting, small ballots similar to those for barangay voting are used. For AES voting, ballots used are those compatible with vote-counting machines.

The criteria for determining the modes per voting post, according to a Comelec resolution, are the “number of registered voters, the accessibility of the posts, [and] the efficiency of the host country’s applied system,” among other things. The designated mode for each voting post is also listed in the same Comelec resolution.

The Comelec released a resolution containing measures that election officials are supposed to observe in case of problems encountered during the voting period.

For further details about where, when, and how to vote, contact your respective Philippine consulates and embassies. You may also reach the OFOV through their e-mail: overseasvoting@comelec.gov.ph. – Rappler.com