Legal questions on the arrest of ‘Bikoy’ video sharer

May 3, 2019 1:56 PM PHT
Lian Buan
Facebook Twitter Copy URL
Copied
The DOJ initially announces an offense for cyber libel, but the NBI later cites an offense of inciting to sedition for spreading videos critical of the First Family 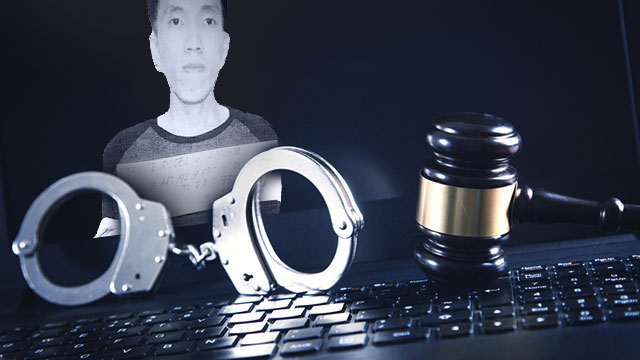 MANILA, Philippines – On April 17, Justice Secretary Menardo Guevarra ordered the National Bureau of Investigation (NBI) to start a probe into the Bikoy videos, a series of online videos that linked President Rodrigo Duterte’s family and those close to him to the illegal drug trade.

By April 29, the NBI had enough facts to go to the Makati Regional Trial Court (RTC) Branch 148 and ask for a search warrant against Rodel Jayme, who they traced to own the domain Metrobalita.net that spread the Bikoy videos.

On the same day, Judge Andres Soriano – the judge who denied the Department of Justice (DOJ) its requested arrest warrant against Senator Antonio Trillanes IV – approved the search warrant.

The NBI conducted the search of Jayme’s residence on April 30.

Guevarra said in a press conference on Thursday, May 2, that Jayme “voluntarily” went with the NBI agents to their headquarters. Afterwards, he was arrested.

Here are the legal questions:

1. Why was he arrested without a warrant of arrest?

Under Section 5 of Rule 113 of the  rules of criminal procedure, a warrantless arrest is only allowed in the following circumstances: when the person commits the crime in the presence of the officer, or when there is probable cause to believe a crime has just been committed, or if it is a prisoner escaping from jail.

Guevarra said, “It was an arrest incidental to a search.”

“We know there are arrests incidental to a search. What the judge issued was a search warrant. But in the course of the implementing the search warrant, it is possible that an offense may be discovered which may be continuing and, in that sense, a warrantless arrest can be effective,” said Guevarra.

Human rights lawyer Ted Te of the Free Legal Assistance Group said an “arrest incidental to a search” is not allowed. Instead, it is the other way around: a search incidental to an arrest.

“The first question that must be asked is, can an arrest be done pursuant to an ostensibly lawful search? The answer is no. The exception is a search incident to a lawful arrest and that search is construed within very narrow parameters,” Te said.

Te added: “The only exception to the warrant requirement for an arrest is Section 5 of Rule 113. None of those exist because uploading videos is not a crime in itself apart from the content of the videos (CPA).”

2. Is it a valid warrantless arrest?

The inquest prosecutor will decide that.

The release of Jayme will be based on the nuance of the inquest prosecutor’s resolution. As of writing on Friday, May 3, there is still no resolution, so Jayme remains in the custody of the NBI.

Jayme was brought for inquest afternoon of Thursday, May 2.

The timeline is also unclear. While the search was implemented on April 30, there was no clear date and time for when Jayme was officially arrested by the NBI. Timeline is important because there are prescribed periods for when to bring for inquest a person arrested without a warrant:

The complaint filed was inciting to sedition, which has the penalty of the maximum period of prision correcional, which means Jayme should have been brought for inquest within 18 hours of arrest.

3. What was the complaint?

In the morning of Thursday, Justice Undersecretary Markk Perete said Jayme faces a complaint for cyberlibel.

“It was the person who uploaded the video who was arrested for a cybercrime offense, specifically cyberlibel,” Perete said Thursday morning.

At the noon conference of the DOJ on Thursday, Guevarra said the same, and added: “The NBI is finalizing these charges: cyberlibel was mentioned, anti-child abuse insofar as a minor is concerned, and possibly even, just possibly, a higher type of offense.”

Reporters pointed out to the DOJ that the Supreme Court had already declared as unconstitutional the provision in the Cybercrime Law that punishes the “aiding and abetting” any crime under the law.

“Democracy will be threatened and with it, all liberties,” said the Supreme Court in nullifying the provision.

In response, DOJ Office of Cybercrime Officer-in-Charge Che Zamora said they would investigate it: “We don’t want to say in a straight manner that they don’t have any liability, since it is still following investigation. Who knows, who might have shared the videos would also have some sort of liability?”

Section 6 of the Cybercrime Law says: “All crimes defined and penalized by the Revised Penal Code, as amended, and special laws, if committed by, through and with the use of information and communications technologies shall be covered by the relevant provisions of this Act.”

4. Why inciting to sedition?

Inciting to sedition is defined under Article 142 of the Revised Penal Code as “any person who, without taking any direct part in the crime of sedition, should incite others to the accomplishment of any of the acts which constitute sedition, by means of speeches, proclamations, writings, emblems, cartoons, banners, or other representations tending to the same end, or upon any person or persons who shall utter seditious words or speeches, write, publish, or circulate scurrilous libels against the Republic of the Philippines or any of the duly constituted authorities thereof, or which tend to disturb or obstruct any lawful officer in executing the functions of his office, or which tend to instigate others to cabal and meet together for unlawful purposes, or which suggest or incite people against the lawful authorities or to disturb the peace of the community, the safety and order of the Government, or who shall knowingly conceal such evil practices.”

Note that Article 142 does not define sedition as the taking up of arms.

In the 8-page complaint filed before the DOJ, the NBI does not explain how the Bikoy videos could be “seditious” and how it could “disturb the peace of the community, the safety and order of the Government.”

The most the complaint said was that Jayme did not have to commit the seditious act itself.

“The law did not require a person to be involved in seditious acts as long as the elements are met, one can be charged to be in violation of Article 142,” the complaint said.

“Going into the content of the video itself – whether it is seditious, the evidentiary requirement is a high hurdle to surmount,” said Romel Bagares, one of the petitioners against the Cybercrime Law.

Quoting Supreme Court decisions, Bagares said, “The evil consequences sought to be prevented must be substantive, extremely serious and the degree of imminence extremely high.” – Rappler.com