How were maritime collisions dealt with before?

Jun 20, 2019 3:16 PM PHT
Facebook Twitter Copy URL
Copied
As the Philippines works on resolving the issue of China and the sunken Gem-Ver, here's how we and other countries ironed things out in the past 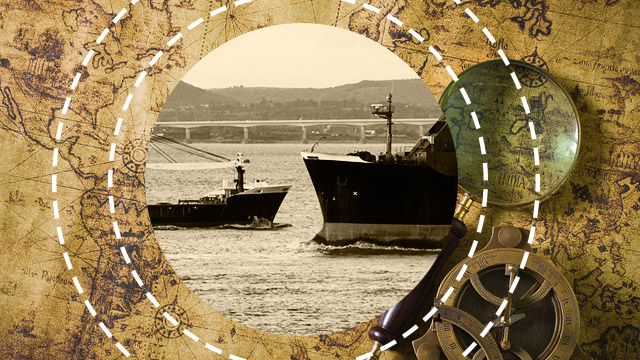 MANILA, Philippines – A Chinese vessel sank a Philippine fishing boat in the South China Sea on June 9, prompting mixed reactions from the Philippine government and no definite decisions on the incident a week after it was made public. (READ: Chinese vessel sinks Philippine boat in West PH Sea ‘collision’)

While Vice President Leni Robredo and Supreme Court Senior Associate Justice Antonio Carpio have both strongly condemned the Chinese crew’s actions, President Rodrigo Duterte has dismissed it as a “maritime incident.” On the other hand, Defense Secretary Delfin Lorenzana has gone from condemning the Chinese actions, when he announced what happened on June 12, to saying it was “maybe an accident.” (READ: Lorenzana on Filipino boat sinking: ‘It’s just an accident’)

Amid government statements, speeches, and criticism from Filipinos and the fishermen involved, Cabinet secretaries met to discuss the sinking of F/B Gem-Ver Monday, June 17. Their meeting yielded no decision.

In a statement following the meeting, Cabinet Secretary Karlo Nograles said that they had filed a “strongly-worded diplomatic protest” with the Deputy Chief of Mission of the Chinese Government on June 13.

He added that the government agencies involved had begun initial inquiries to determine the extent of the liabilities involved. He also said Agriculture Secretary Emmanuel Piñol was assigned chairman of the government response focused on helping the 22 affected Filipino fishermen.

On June 18, Presidential Spokesperson Salvador Panelo said that Duterte is not inclined to summon Chinese Ambassador Zhao Jianhua on the boat sinking issue because he felt China was already doing something about it.

As the Philippines begins to take action on the sinking of Gem-Ver, we take a look at how we and other countries had dealt with maritime collisions in the past.

In November 2017, the US navy published a report on their investigation into the collision. They explained that the officers aboard the USS Fitzgerald initially took no action to change their route and then realized – too late – that they were going to hit the ACX Crystal.

The report said that the incident was avoidable. “Many of the decisions made that led to this incident were the result of poor judgment and decision making of the Commanding Officer.” It added that the crew was also unprepared for the situation.

Benson and two other officers of the USS Fitzgerald were relieved of duty in August 2017.

In January 2018, 7 months after the deadly collision, the US Navy filed criminal charges against Benson and 3 other officers for dereliction of duty, hazarding a vessel and negligent homicide.

Benson pleaded not guilty in July 2018. In a turn of events, the US Navy dropped the charges in April 2019 against Benson and another officer of the USS Fitzgerald.  The cases were dismissed for “legal reasons that impede the continued prosecution of either officer.”

The Japanese company Olympic Steamship Company, SA, Panama, owner of ACX crystal, in January 2019 paid the US government about $27 million as part of a settlement agreement. The settlement noted, however, that the deal is not an admission of “any liability, negligence, breach of duty, or wrongdoing.”

On October 18, 2014, the US warship USS Stethem, an Arleigh Burke-class destroyer, was sailing out of Subic Bay after being towed and pushed by Subic Bay Metropolitan Authority (SBMA) tugboats when it hit two motorized fishing boats in the waters off Kinabukasan, Subic.The two fishing boats sank as a result of the collision.

The crew members of the fishing boats survived by jumping into the sea and were rescued by US sailors.

SBMA authorities and the fishermen did not file a case against Stethem’s officials, as US officials promised to shoulder the costs incurred during the accident.

A week after the incident, then-USS Stethem commanding officer John Bradford was relieved of his post “due to loss of confidence in Bradford’s ability to command.”

On May 7, 2014, Vietnam accused China of ramming their patrol vessels and using water cannons against them, subsequently injuring 6 people. The next day, China turned the blame on Vietnam, saying they had rammed Chinese ships multiple times since May 3.

The encounters between these Chinese and Vietnamese vessels heightened tensions in the South China Sea, where the Chinese had set up a deep-water drilling rig in disputed waters near the Paracel Islands – a group of islands controlled by China but claimed by Vietnam and Taiwan.

A report by the Asia Maritime Transparency Initiative said that Vietnam first detected China’s oil rig on May 1, and that by May 7, the rig’s security had expanded to 60 vessels and dozens of aircraft overhead. At the time, Vietnam had deployed 29 armed naval and law enforcement ships.

Rallies held in Vietnam on May 10 escalated to riots in the days following, as the Vietnamese vandalized foreign-owned factories thought to be owned by the Chinese. At least 6 Chinese citizens were killed during the riots.

As the riots were happening, there was also unrest in the seas, as China accused Vietnam of multiple rammings and a Vietnamese fishing boat sank.

The oil rig was moved on May 27 to a new location, within Vietnam’s exclusive economic zone. Eventually, on July 15, the Chinese announced that they would withdraw their oil rig a full month ahead of schedule. They said this was in accordance with the oil company’s plan, and had nothing to do with external factors.

The Asia Maritime Transparency Initiative called this the “clearest case of a major coercive failure for Beijing” for two reasons. First, because Vietnam demonstrated resolve by pushing back forcefully and for a sustained period, and second, because Beijing ultimately backed down despite Chinese forces outnumbering and outgunning those of Vietnam.

On September 7, 2010, a Chinese fishing boat collided with two Japanese patrol vessels after the Japanese asked the Chinese ship to stop for an inspection due to an alleged violation of international fishing laws.

The collision occurred in Japanese territorial waters, north of the uninhabited, disputed islands Senkaku (in Japanese) or Diaoyu (in Chinese). The islands are controlled by Japan, but are disputed by China and Taiwan.

The captain of the Chinese fishing boat was arrested in Japan for obstructing public duties.

A report in the Financial Times said that China asked Japan’s new ambassador to Beijing to protest the interception of the fishing boats even before the captain’s arrest. After the arrest, China demanded that the ship and its crew be released and there was a protest at the Japanese embassy in Beijing.

The New York Times also reported that China had put an “administrative halt” to the export of metals to Japan, though Beijing denied that it was due to the collision and arrest.

The Chinese ship was released after two weeks, as the Japanese did not perceive any premeditated intent to harm their boats. Having the ship captain in custody, they said, was not appropriate for further investigation, given that it would strain relations with China.

On February 9, 2019, in Singapore waters, an achored Malaysian government vessel Polaris collided with a Greek bulk carrier Pireas, even though they had communicated with each other prior.

According to Channel News Asia, there were no reports of injuries or leakages, and the Greek carrier was allowed to continue on its journey to Malaysia.

Malaysia and Singapore initially claimed that the collision happened in their own waters. (READ: Malaysia, Singapore tensions flare after boat collision)

Singapore expressed concern about the incident, as the presence of Malaysian vessels was considered unauthorized in the area where the sinking happened. Malaysia, meanwhile, claimed to “take appropriate measures to safeguard its territorial integrity, interests, and safe navigation of vessels.”

To ease tensions, Malaysia and Singapore agreed on March 14 to jointly suspend their overlapping port claims and not to anchor government vessels in the disputed area.

The Maritime and Port Authority of Singapore later ruled that the Greek carrier caused the collision with the Malaysian vessel and issued them a written warning.

The dispute over the waters off Tuas began on October 25, 2018 when the Malaysian government unilaterally extended the limits of Joho Bahru eastward, which is beyond Malaysia’s 1979 territorial sea claim on Singaporean waters.

Liman, a Russian naval intelligence ship, sank in the Black Sea near Istanbul on April 27, 2017 after colliding with freighter Youzarsif H, a Togo-flagged, Egyptian-owned ship carrying a cargo of 8,800 sheep.

The collision, caused by fog and low visibility, tore a hole in the Liman’s hull below the waterline, while Youzarsif H was left unharmed. There were no reports of casualties as all 78 crew members aboard the Russian ship were rescued by the Turkish coast guard. The Turkish government expressed “sadness” to Russia over the collision.

Over the past years, Russia and Turkey have developed increasingly warm ties to negotiate a political solution over the conflict in Syria, despite bitter differences.

Youzarsif H immediately proceeded to Romania after the incident due to concerns on the condition of the livestock it was carrying. Days after the collision, Russia sent two salvage ships to the area where Liman sank to retrieve sensitive devices from the ship’s wreckage. – Rappler.com