Jun 26, 2019 10:34 AM PHT
Camille Elemia
Facebook Twitter Copy URL
Copied
Among the vetoed bills are the twin measures that would have fulfilled President Duterte's campaign promise to coconut farmers 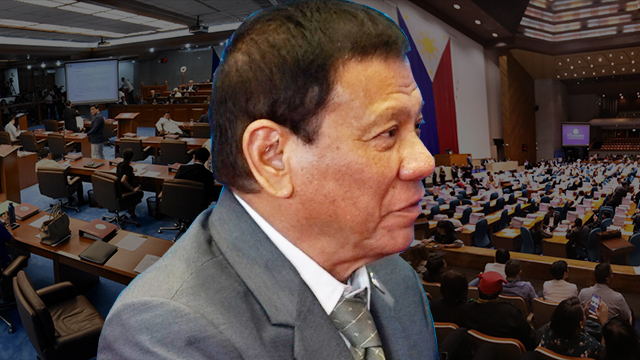 MANILA, Philippines – In the first half of his 6-year term, President Rodrigo Duterte vetoed a total of 7 bills that were passed by Congress.

Six of the rejected measures are national bills while one is a local bill.

The rejection of the approved measures did not sit well with some senators, owing to the resources spent on crafting and passing them.

Senate leaders blamed the Presidential Legislative Liaison Office (PLLO) headed by Secretary Adelino Sitoy for poor coordination and the seeming inefficiency in communication. Created in 1987, the PLLO is mandated to promote “legislative initiatives and other administration-sponsored priority policy reforms” through collaboration with Congress.

With the impending entry of Duterte’s most trusted man, senator-elect Bong Go, to the Senate, some lawmakers are hoping for change. (READ: Bong Go: President Duterte’s eyes and ears in the Senate)

Senate Majority Leader Juan Miguel Zubiri said they had already complained to Go about the vetoed bills. Go supposedly promised his soon-to-be colleagues that this would not happen in the 18th Congress.

(We complained to him about the veto of certain bills. He told us it will not happen again because of course, as a member of the Senate, he can assure the senators that they will know right away if the President is okay with that bill or if the Cabinet supports it.)

Problems with the PLLO are not unique to the Duterte administration. During the administration of then-president Benigno Aquino III, he vetoed a total of 81 bills during his term – mostly local bills seeking road conversions of local roads to national roads.

Senators then also had an issue with Aquino’s PLLO chief, Manuel Mamba. Mamba and the Senate President at the time, Juan Ponce Enrile, were not on good terms, owing to local politics in their home province, Cagayan.

Here are the vetoed bills of President Duterte:

The return of the multibillion-peso coconut levy fund was a campaign promise of Duterte in 2016. He told coconut farmers that he would return it to them in his first 100 days. (READ: Coco levy fund scam: Gold for the corrupt, crumbs for the farmers)

Duterte broke his own promise by vetoeing the twin bills that would have allowed the farmers to finally benefit from the fund. (READ: Why Duterte vetoed bill on Philippine Coconut Authority)

The twin measures on the coco levy fund – the trust fund bill and the PCA reconstitution bill – go hand in hand. Without a reconstituted PCA board, there would be no mechanism for the use of the coco levy money.

The Congress-approved versions of the two bills are far from what the farmers proposed but “it’s better than nothing,” as they themselves had put it. Duterte, however, rejected the bills altogether. (READ: ‘Na-Duterte kami:’Why farmers feel betrayed by coco levy vetoes)

In rejecting the measures, Duterte said the bills would likely put the fund in the hands of private individuals. He added that the measures would compromise executive branch actions.

Farmers expressed disappointment and anger over the President’s decision, dismissing his reasons as mere excuses. Duterte had kept mum on his concerns while Congress amended the bills.

With the veto of the measures, coconut farmers have lost hope that they could ever benefit from the fund under the Duterte administration.

Office of the Solicitor General Charter

Duterte vetoed the bill expanding the powers of the Office of the Solicitor General (OSG), saying provisions on increasing officials’ compensation and benefits are too much.

Duterte said that the proposed law would give OSG officials much higher benefits than those in other government offices – deviating from the government’s goal to standardize and rationalize its compensation system.

The measure originally wanted the Presidential Commission on Good Government – the office tasked to run after the ill-gotten wealth of the Marcos family – to be placed under the OSG. The public opposed it, as Solicitor General Jose Calida is a known Marcos supporter. This provision was later omitted.

The Senate and the House of Representatives approved the bill seeking to grant survivorship benefits to the children of deceased retired members of constitutional offices.

Duterte vetoed it, as he expressed apprehension that granting benefits “beyond the current compensation framework for other government offices may prove to be too onerous to the government.”

He emphasized that the additonal benefits would “erode the national government’s thrust to standardize and rationalize the current compensation framework in the bureaucracy.”

It will also “create too much disparity and inequality in compensation among public servants,” he added.

Such concerns were not raised when the Senate and the House separately deliberated on the measure. 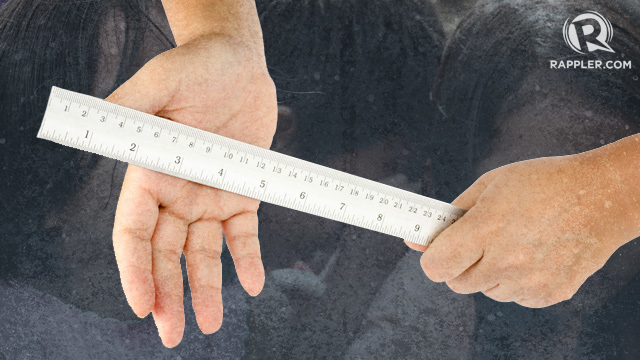 Duterte vetoed a bill that sought to ban parents from subjecting their children to physical punishment and verbal abuse.

In his veto message, Duterte said the bill places responsible disciplining of children in the same category as humiliating and degrading forms of punishment, and condemns them all in one broad stroke.

He said corporal punishment can be administered in a way “that the children remember it not as an act of hate or abuse, but a loving act of discipline that desires only to uphold their welfare.”

While this is the case, Duterte did not raise his concerns to Congress during the committee hearings and bill deliberations.

In the Senate, the bill was filed as early as 2016. The committee report was released in 2017.

In the House, the bill was approved in November 2018. Congress settled the differing provisions a month later, in December. Duterte vetoed the measure in February 2019.

The Senate approved the bill creating the Regional Investment and Infrastructure Coordinating Hub (RICH) for Central Luzon in October 2018. The House passed it a month later, in November 2018.

Lawmakers said the measure sought to bring jobs and capital to the region and help decongest Metro Manila.

Duterte rejected the measure in March 2019. In his veto message, he said some of the bill’s provisions “would pose substantial fiscal risk to the country and are thus inimical to its economic growth.”

“A key lasting economic growth is a tax system with generally low rates and a broad tax base. The subject bill, on the other hand, significantly narrows our tax base with its mandated incentives applicable to the registered enterprises in an entire region,” Duterte said.

“This renders the whole system incapable to registered enterprises, and this would necessitate finding new sources of revenue through additional taxes or borrowings in the future,” he added.

Duterte said the taxpayers, excluded from the tax incentives in the bill, would “bear the brunt of the burden.”

He added that the measure would maintain the mandated fiscal incentives for 50 years and can be extended to another 50 years – which could have negative revenue and fiscal implications for the country.

However, these concerns were again not mentioned during congressional deliberations.

Duterte vetoed only one local bill in his 3 years in office: the measure seeking to declare December 9 as a special working holiday in Dinagat Islands in commemoration of the birth anniversary of Ruben Edera Ecleo Sr.

Ecleo was the founder of the religious group Philippine Benevolent Missionaries Association, Incorporated (PBMA). He served as mayor of Dinagat Islands for 24 years, from 1963 until his death on December 20, 1987.

In his veto message, Duterte said he rejected House Bill No. 5554 due to the lack of scholarly studies on Ecleo’s life, which would be the basis for declaring a holiday in his honor.

“In this regard, it bears noting that according to the National Historical Commission, there is a lack of independent scholarly studies on the life of the proposed honoree which is a usual requirement for declaring holidays anchored on events of historical significance,” Duterte said.