Beyond memes: How to rebut Sotto on ‘exclusive’ fish 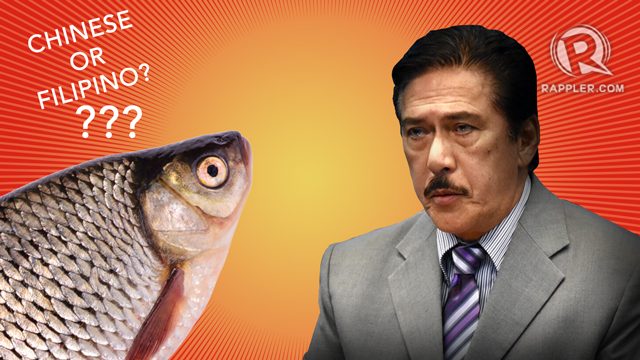 Facebook Twitter Copy URL
Copied
Justice Antonio Carpio explains to Rappler that as long as the fish is located in a coastal state's exclusive economic zone or EEZ, 'only that state can exploit it'

MANILA, Philippines – Filipinos poked fun at the claim of Senate President Vicente Sotto III that it is difficult to determine the “exclusivity” of underwater riches, as fish in the West Philippine Sea “could be coming from China.”

“It’s very difficult to say that there is an exclusivity if it is underwater. The fish could be coming from China. And the fish from the Philippines could be going to China,” Sotto said in an interview with ANC’s Christian Esguerra, which was aired on Thursday, June 27. (Sotto later said it was a “tongue-in-cheek” comment.)

How can one rebut Sotto’s claim based on international law?

Rappler sought the explanation of two West Philippine Sea experts – Supreme Court Senior Associate Justice Antonio Carpio and Jay Batongbacal, director of the University of the Philippines Institute for Maritime Affairs and Law of the Sea.

Carpio told Rappler that the United Nations Convention on the Law of the Sea (UNCLOS) “does not require that the fish be bred and raised” in the exclusive economic zone (EEZ) of a coastal state.

“As long as the fish is located in the EEZ of a coastal state, only that state can exploit it. The origin of the fish, many of which are migratory, is immaterial,” Carpio said.

Batongbacal pointed us to the “Rule of Capture,” which was modified by the concept of the EEZ under UNCLOS.

The ancient Rule of Capture is that “whoever catches the fish owns it,” Batongbacal said.

“Where the fish originally come from is immaterial and irrelevant. Since ancient times, the principle relevant to fish has been the Rule of Capture: whoever catches the fish owns it. But this led to overfishing and fishery disputes so by the 1970s it was modified by the EEZ concept in UNCLOS,” Batongbacal said.

The EEZ concept gives a coastal state the exclusive rights to fish in a region 200 nautical miles from its baselines.

Batongbacal added, “What matters is that the fish can be caught within our EEZ, not whether they were born there or not.”

When asked if the Rule of Capture applies to the Philippines’ EEZ, Batongbacal said: “Yes, but subject to Philippine laws and regulations, particularly permit and licensing.”

For Batongbacal, “Sotto’s statement is a good reason why we should not have comedians in the Senate.”

Sotto’s comments came as the West Philippine Sea issue heats up again due to the sinking of a Philippine fishing boat by a Chinese ship. Sotto said he sees no problem with the Chinese fishing in Philippine waters “as long as we are allowed to fish also in their zones,” even as Carpio said this violates the Constitution. – Rappler.com