Key figures in the 2015 Iglesia ni Cristo controversy: Where are they now? 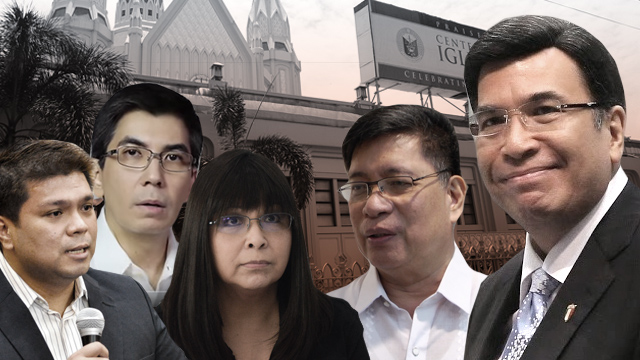 MANILA, Philippines – In the last week of July 2015, as the Iglesia ni Cristo (INC) prepared for their anniversary celebration, the public caught a rare glimpse of the internal conflict among some members of the Manalo family. There were also worrisome allegations of corruption and violence against the leadership of the tightly-knit religious group. (READ: Revolt in the Iglesia ni Cristo)

Some followers felt torn after they saw the short YouTube video, aired on July 23, 2015, where two key members of the Manalo family sought help from the public. Huge rallies on EDSA called for a separation between the church and state, while small pickets outside the family compound along Tandang Sora Avenue showed quiet loyalty to embattled members of the Manalo family.

What followed were shocking incidents of violence, abductions, arrests, and never-ending propaganda from both sides.

Rappler has repeatedly tried since Wednesday, July 24, to get the side of the INC leadership through its spokesperson Edwil Zabala, but text messages and emails have gone unanswered as of Saturday afternoon, July 27. We will update this story once we get a response.

It’s been 4 years since the INC controversy unraveled. What has happened to the key individuals involved since then? 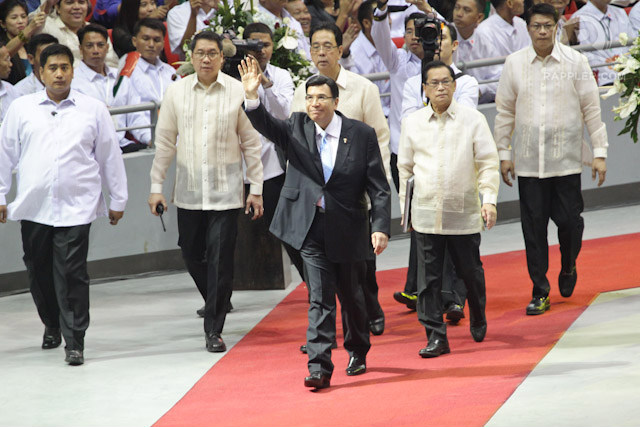 Eduardo Manalo is still the INC Executive Minister. Assuming office in 2009, he is a 3rd generation Manalo to lead the church after his father Eraño and grandfather, INC founder Felix. (INFOGRAPHIC: The Manalos of the Iglesia ni Cristo)

His leadership was challenged in 2015 when expelled ministers alleged corruption among the higher INC officials. But since then, Eduardo has been quite successful in pushing for expansion and greater political clout.

It was under his leadership that the INC saw the establishment of many ecclesiastical districts outside the Philippines, including in Canada, the Middle East, United Arab Emirates, Australia, and the United Kingdom, among others.

He also built a good relationship with President Rodrigo Duterte whom the influential church endorsed in the 2016 elections.

In January 2018, the INC Executive Minister was appointed as Duterte’s Special Envoy for Overseas Filipino Concerns until January 2019. 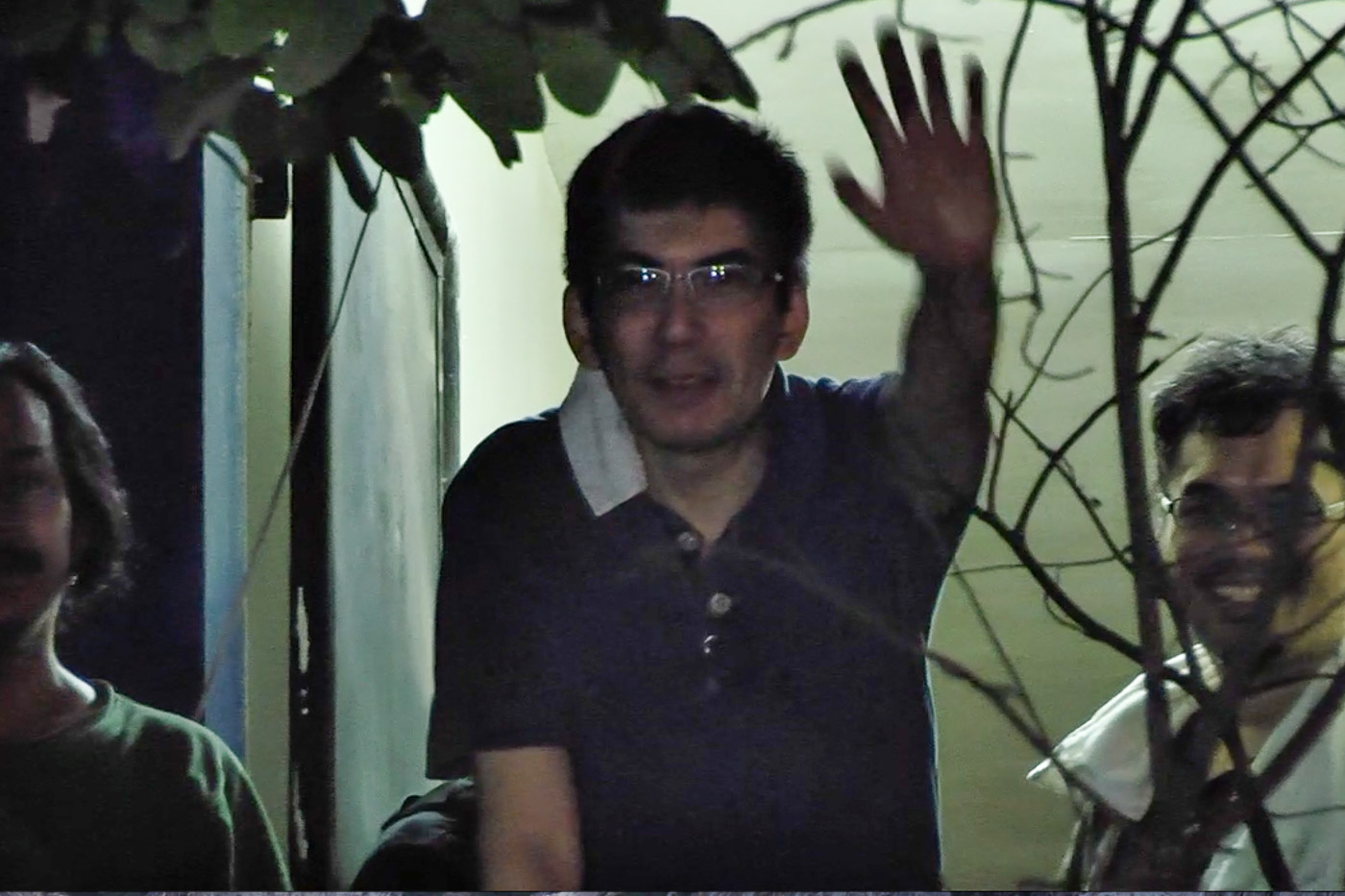 Angel Manalo, younger sibling of Eduardo, is currently detained at the Camp Bagong Diwa in Taguig City. He was transferred there in March 2017 from Camp Karingal in Quezon City, together with his nephew Gem Manalo-Hemedez.

He is currently facing cases in relation to alleged illegal possession of firearms.

He was arrested in March 2017 after months of a standoff between the Manalo siblings and the church leadership inside the family compound along Tandang Sora Avenue. (READ: ‘Dapa, dapa, dapa!’ Cops drive Manalo siblings out of Iglesia compound)

The search warrant reportedly stemmed from reports that shots were fired inside the compound, which the camp of Angel vehemently denied.

In July 2015, Angel and his mother were expelled from the INC after they appeared in a YouTube video where they claimed a threat to their lives after corruption allegations against the leadership surfaced. 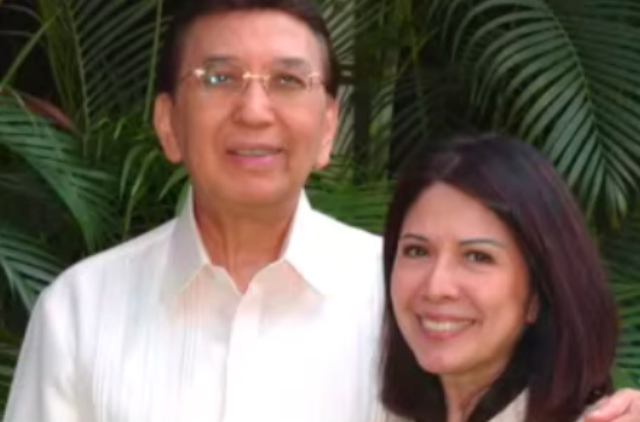 Tenny Manalo is currently being protected by relatives.

The matriarch of the Manalo family, she was expelled in 2015 together with some of her children. 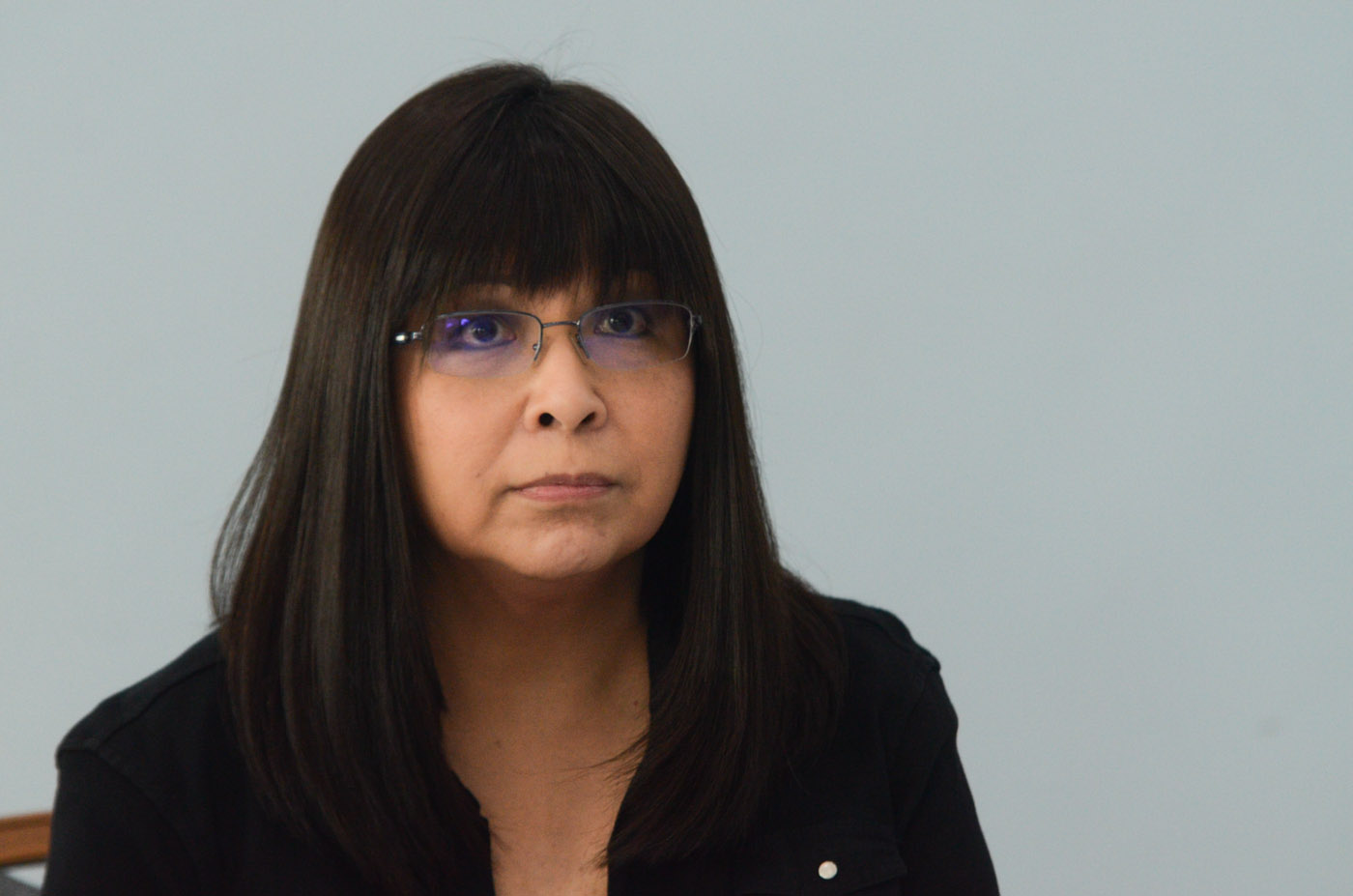 Since 2016, Hemedez has openly challenged in the courts the INC’s claims on the property, alleging forged signatures. The camp of expelled ministers and Manalo siblings questioned the supposed deed of sale that transferred the property over to the church. (READ: Lottie Manalo to Iglesia: We are heirs of ‘God’s Messenger’)

The estranged siblings of Eduardo remained in the property until they were forcibly driven out by police in March 2017. Hemedez’s son, Gem, is currently detained in Camp Bagong Diwa with his uncle Angel.

According to Iglesia insiders, Hemedez is currently in hiding with her family. 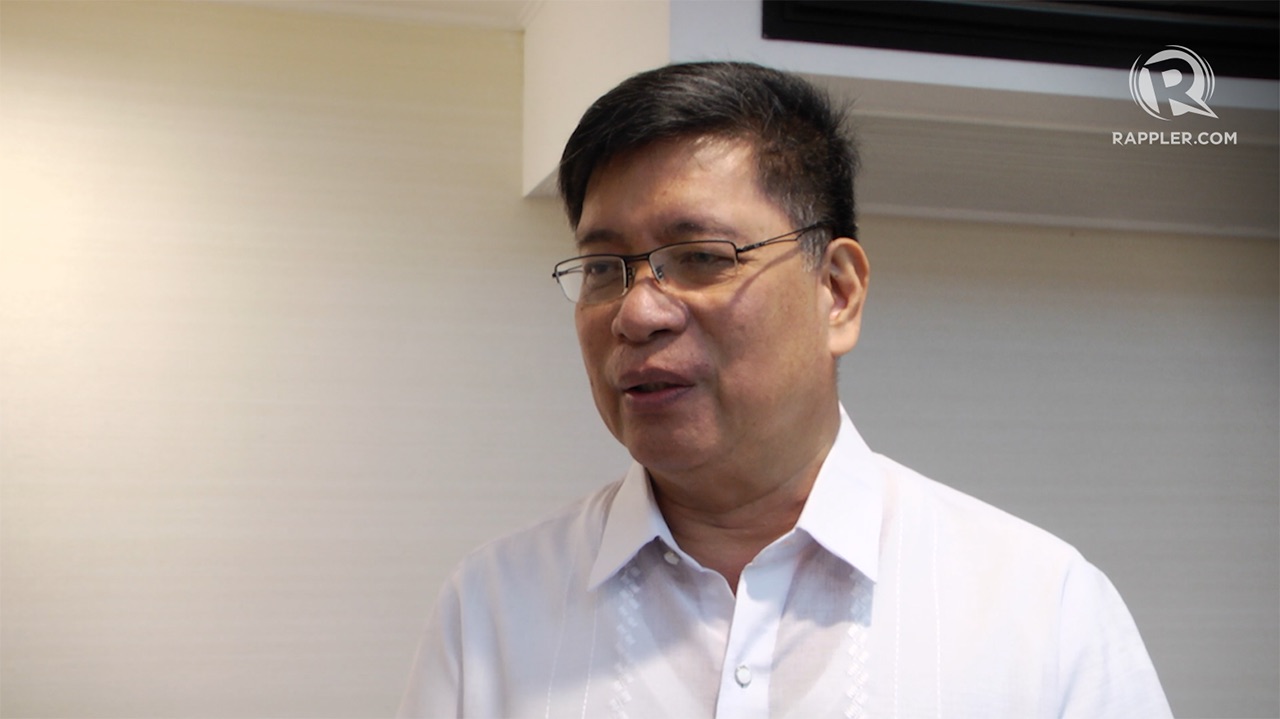 Isaias Samson Jr is in the United States. In February 2018, he blasted the appointment of Eduardo Manalo as Duterte’s special envoy, according to an Inquirer.net report.

He is the former editor-in-chief of INC publication Pasugo and one of the first expelled ministers to come out in the open with allegations of corruption against the church leadership.

The former minister was expelled for “disobedience” and “refusal to submit.” He also faced libel complaints based on his televised statements accusing church leaders of illegally detaining him and his family in their home in July 2015. (WATCH: Iglesia ni Cristo member held under ‘house arrest’: There were grenades, threats)

Samson, however, insisted that he “did not tarnish the Church’s stellar reputation.” 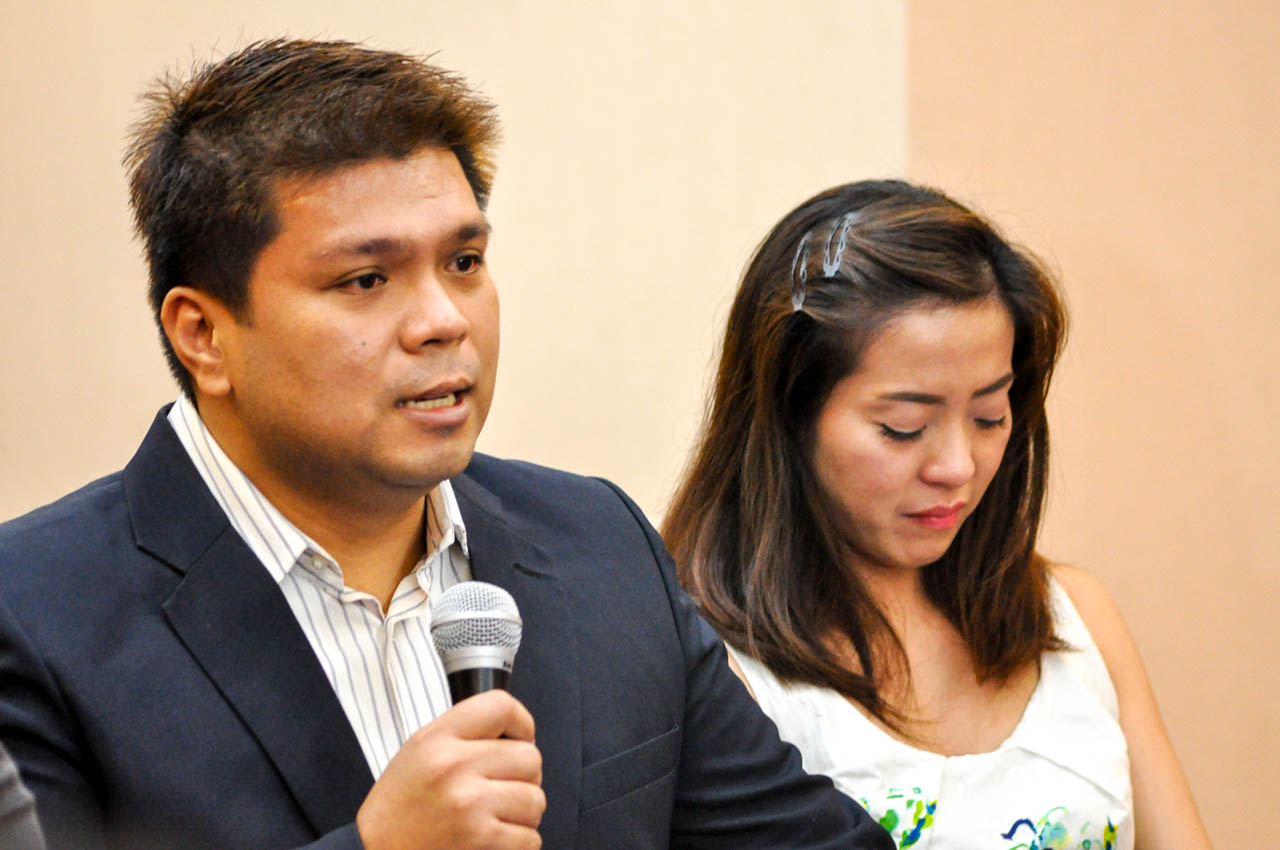 Lowell Menorca II is in Canada after his refugee status was granted by the country’s Immigration and Refugee Board (IRB) in January 2018. (READ: The long road to safety for ex-INC refugee claimants)

He fled the Philippines citing alleged death threats against his family in March 2016. The INC, however, calls him a fugitive.

A former INC evangelical worker, Menorca said he was abducted and charged with illegal possession of firearms by the INC leadership to pressure him to expose other members critical of the church. (READ: INC minister Lowell Menorca: The story of my kidnapping) 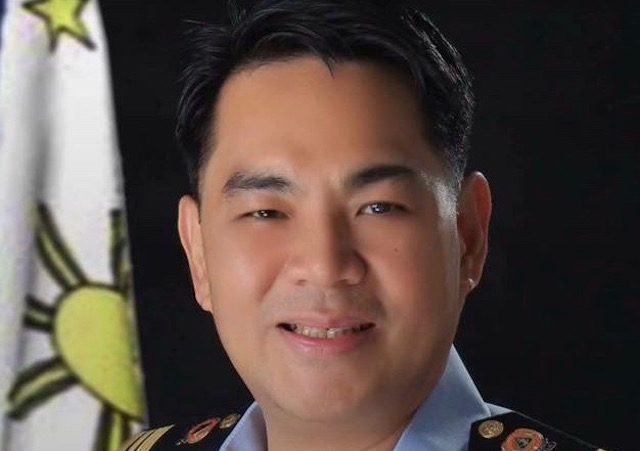 Like Menorca, Rovic Canono is in Canada after his refugee status was granted in February 2017. He has been in the country since December 2016. (READ: The long road to safety for ex-INC refugee claimants)

He fled the Philippines after facing what he claimed were trumped-up charges of the INC leadership.

In November 2016, Canono was arrested over a case filed by his wife after he was accused of violating Republic Act No. 9262, or the Anti-Violence Against Women and Children Act. A month later, in December, a libel complaint was filed against him.

Canono is accused of being behind several social media accounts deemed critical of the INC leadership. – Rappler.com