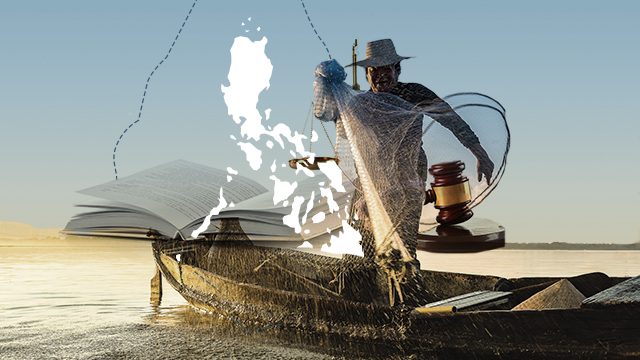 MANILA, Philippines – Despite being given clear warning of its risks, President Rodrigo Duterte used his 4th State of the Nation Address (SONA) to defend an arrangement that would allow China to fish in Philippine waters.

In his SONA 2019, Duterte spent minutes of his speech trying to justify a verbal deal he struck with China, allowing Chinese vessels to fish in the West Philippine Sea.

Before a room full of lawmakers, military generals, and diplomats, the President said the United Nations Convention for the Law of the Sea (Unclos) allowed for such arrangements, and that the arbitral ruling which the Philippines won against China also recognized “traditional fishing rights for the natives.”

“Besides, I was invoking ‘yung (the) traditional fishing rights. It is in that arbitral ruling. Ayaw lang ninyong gustong tignan (You just don’t want to look at it)…. It is mentioned there that even before countries were in existence, people around an ocean or a lake had already been fishing there for generations. And that is why fishing rights are allowed in the so many cases decided by Unclose,” Duterte said.

“China and everybody recognizes traditional fishing rights for the natives who were there even before the creation of republics and governments. That law is a humane law,” he added.

A week later, neophyte Senator Francis Tolentino insisted on the validity of the supposed fishing deal between the Philippines and China despite not knowing what its details were. He also said there is no law that requires the President to put the fishing deal in writing.

More than anything, experts emphasized Duterte and the Philippine government are duty-bound to protect marine resources in Philippine waters for Filipinos.

What other challenges does the Philippine government face if it were to formalize any fishing deal with China?

1. It is prohibited by the Constitution

By far the biggest challenge for any fishing deal would be the Constitution. This is because the document is clear about the state’s duty to protect marine resources in Philippine waters for the exclusive use of Filipino citizens.

The state shall protect the nation’s marine wealth in its archipelagic waters, territorial sea, and exclusive economic zone, and reserve its use and enjoyment exclusively to Filipino citizens.

This means that even if the Philippine government would opt to let Chinese fish in Philippine waters under the Unclos, the Constitution would prohibit it from happening.

“It’s our option whether to allow China or any other country to fish in the EEZ, but we cannot exercise that option because it’s prohibited in the Constitution…. We have something in our Constitution that’s unique. It may not be in the Constitution of other states, but we have to follow our own Constitution,” Carpio said in an interview with the  ABS-CBN News Channel on July 23.

Jay Batongbacal, director of the University of the Philippines Institute for Maritime Affairs and the Law of the Sea, echoed this in a July 27 Te Talks podcast, saying: “The Constitution is clear: foreign fishing in prohibited in Philippine waters, and the law is clear as well. We even put up penalties so there is no way for him (Duterte) to enter into this treaty under the Constitution.” 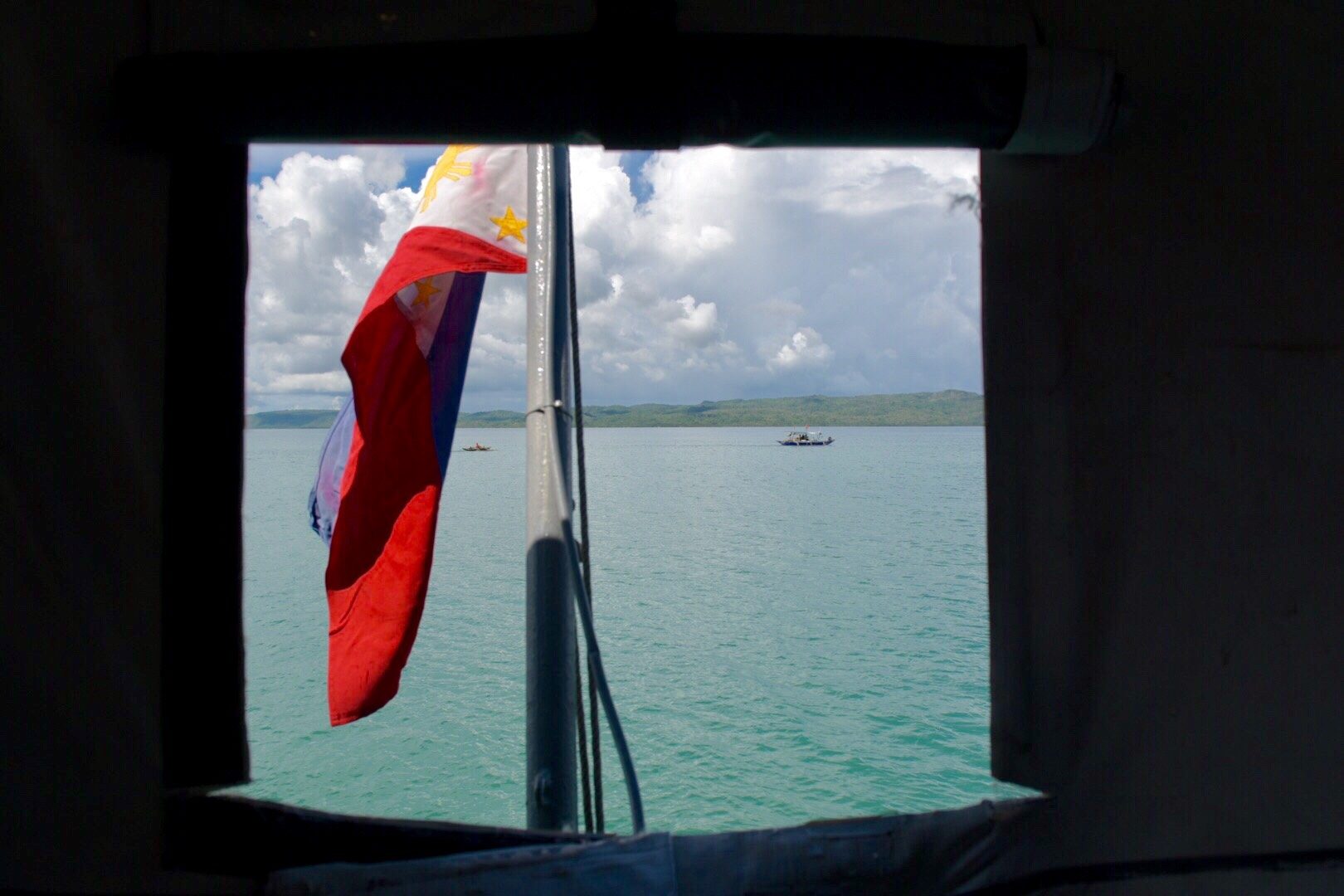 Aside from this, former foreign secretary Albert del Rosario and former ombudsman Conchita Carpio Morales said any fishing agreement made by Duterte cannot trump the Constitution. (READ: Sovereignty vs sovereign rights: What do we have in West PH Sea?)

“Unless the Constitution is amended, no public official has the authority to grant foreigners fishing rights in our EEZ…. No presidential agreement with China or any other country can override the explicit constitutional mandate that the ‘use and enjoyment’ of our EEZ is ‘reserved…exclusively to Filipino citizens,’” they said in a joint statement.

“The agreement between President Duterte and China is therefore illegal, null, and void,” they added.

In his speech, Duterte claimed his verbal deal with China was lawful under the Hague ruling. Carpio refuted this, saying, the Hague ruling made it clear there was no traditional fishing in the EEZ.

He added there were only two areas where traditional fishing was recognized: in the territorial sea around Scarborough Shoal and archipelagic waters. (READ: Hague ruling: Filipinos, Chinese may fish in Scarborough) 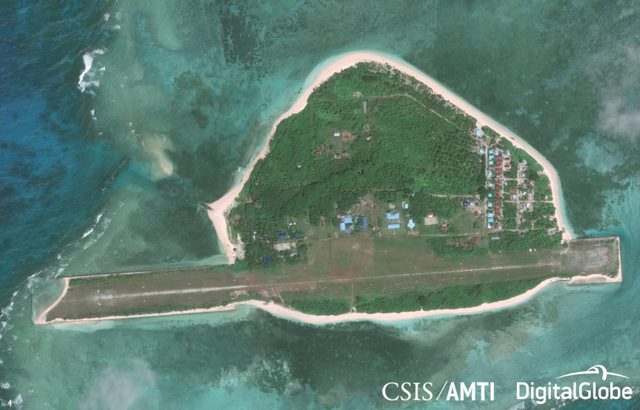 But Chinese fishermen and coast guard vessels closely guard Scarborough and have prevented Filipino fishermen from entering the lagoon where most of the fish are. As it stands, Filipinos can only fish along the perimeter of the area. If Filipino fishermen try entering the shoal, they risk running into Chinese vessels, which often threaten them into leaving.

3. Unclos allows for fishing agreements, but foreign states must abide by laws of the state allowing access to its EEZ

Duterte again cited the Unclos as he tried to justify allowing China to fish in Philippine waters, saying agreements were allowed to be made under international law.

Unclos and the Hague ruling also affirmed that traditional fishing rights have been “extinguished” in the EEZ. Batongbacal said this means all foreign claims to any fishing rights in another coastal state’s offshore waters were extinguished by the EEZs. This ensured coastal states control over foreign fishing because any deal to allow foreign fishermen in a country’s EEZ would need a formal agreement, which would detail specific terms and conditions when accessing waters.

Meanwhile, Del Rosario and Morales pointed out that while the Unclos recognized that countries may enter into fishing agreements, it also ruled there was no obligation to do so.

Unclos also stated that the other country – in this case, China – must follow the laws of the country allowing access to its EEZ. (READ: Allow China to fish in PH waters? Panelo cites UNCLOS but forgets Constitution)

This means Duterte would once again run into the Constitution, which is clear about the state’s duty to protect marine resources in Philippine waters for the exclusive enjoyment and use of Filipinos. 4. Agreements made under threat of war or force are considered invalid

Duterte repeatedly harps on China’s threats of war when explaining why he could not assert the country’s rights in the West Philippine Sea. (READ: Carpio rebuts Duterte, offers at least 6 ways to enforce Hague ruling)

The SONA was no exception, with the President saying Chinese President Xi Jinping threatened the use of force if the Philippines asserted its rights in the West Philippine Sea.

“Ganun lang. Ipadala ko ‘yung marines ko (That’s how it is. I’ll bring my marines there) to drive away the Chinese fishermen. I guarantee you, not one of them will come home alive…. We do it in a confrontation doon (there), we try to drive them (Chinese) away, it could lead to violence,” Duterte said.

“Nakita ko ‘yung tao eh (I saw the man). So you can, more or less, draw a profile of his, ‘Please do not do that because there will be trouble.’ Ano… Ano’ng magagawa ko? (What can I do?)” he added.

Del Rosario and Morales pointed out that deals made under the threat of war were considered invalid under international law.

Specifically, the Vienna Convention on the Law of Treaties, which both the Philippines and China are parties to, says, “A treaty is void if its conclusion has been procured by the threat or use of force in violation of the principles of international law embodied in the Charter of the United Nations.”

“Thus, if the Philippines agrees to share its resources in its exclusive economic zone because China is threatening to use force or wage war against it, such an agreement is illegal, void, and does not bind the Filipino people,” they said. (READ: Malaysia, Vietnam show PH can stand up to China) 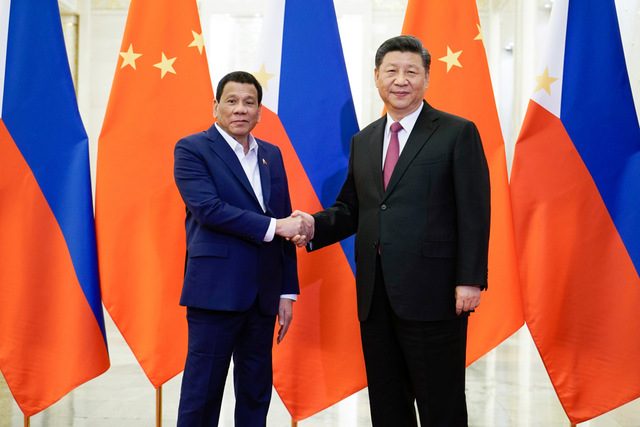 Should a fishing deal with China is formalized, experts warned Chinese fishermen could deplete fish in the West Philippine Sea “very qucikly.”

Duterte had earlier said that China should be allowed to fish within the Philippines’ EEZ, specifically Recto (Reed) Bank. But Carpio argued against this, saying, an agreement with the Asian giant would be “lopsided” as China’s fishing boats would quickly harvest all the fish. Aside from this, China has one of the largest fishing fleets in the world, with over 200,000 steel-hulled trawlers, compared to Filipino fishermen’s wooden boats. As it is now, Filipino fishermen already face fierce competition as foreign boats and trawlers have started to crowd Philippine waters.

According to Batongbacal, China also has at least 15,000 fishing vessels. Some 300 vessels alone, he said, can already fish out the total annual fish production of the Philippines, which was at some 1.2 million metric tons every year.

“China has almost depleted fishing stocks in its waters and now wants to fish in the Philippines, to the detriment of countless Filipinos who rely on fishing to survive,” Del Rosario and Morales said.

They added: “The West Philippine Sea belongs exclusively to Filipinos, not to China. We must stop giving China primacy over that of our own people. When will Filipinos be first and not last in our own country?” – Rappler.com