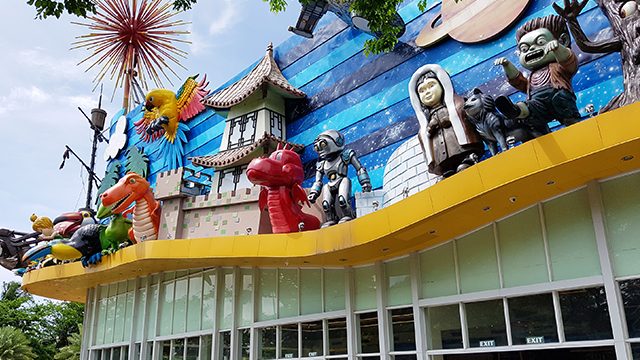 Facebook Twitter Copy URL
Copied
From its giant ferris wheel to signature roller coaster ride, the amusement park to many, will remain as one of the most fun places to be

MANILA, Philippines – The seemingly endless season of fun in Star City has been devoured by a fire that struck midnight of Wednesday, October 2.

From its giant ferris wheel to signature roller coaster, the amusement park will remain for many as one of their most visited fun places. (READ: ‘It’s our happy place’: Netizens recall favorite memories of Star City)

What should you know about the popular amusement park in Pasay?

From carnaval to amusement park

Before its inception in 1991, the amusement park used to be a carnaval. It was originally part of the Toy and Gift Fair, an annual Christmas trade fair under Philippine International Corporation (Philcite), one of the companies also owned by Elizalde.

Since then, it evolved into being a popular tourist destination with more than 30 rides for all ages.

In 2012, it opened the Giant Star Wheel to the public, which they claimed to be the highest ferris wheel in the country before the Sky Eye in Tagaytay challenged it.

It stood at 62.5 meters tall, a height equivalent to a 20-22-story building. It also had 32 air-conditioned gondolas, each with a capacity of 6 persons.

It also took pride with its Snow World, which was said to offer the longest ice slide in the country. Cebu matched this attraction when it opened its indoor theme park, Snow World Cebu, in 2018.

This is not the first time that the amusement park faced a major challenge. Several past incidents had cast doubt on its claim that it was a “happy place to be.”

In September 2006, a 13-year-old girl fell from the Wild River ride, now called the Jungle Splash. This led to a proposal to create an Amusement Park Safety Board that seeks to regulate operations of theme parks and carnivals in the country.

In February 2009, a 39-year-old man from Binangonan, Rizal fell from the 65-foot Starflyer.

In July 2018, a man fell from the top of the Giant Star Wheel Ride. According to police reports, the panel in the gondola where the victim probably jumped was dismantled. – Rappler.com